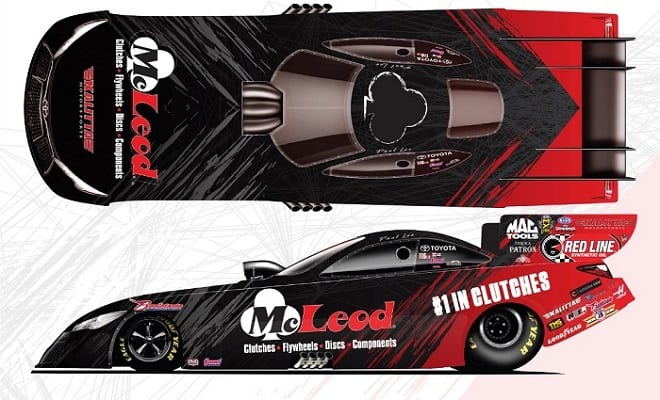 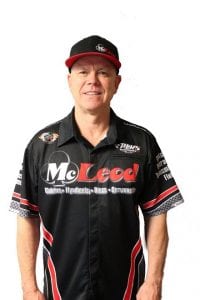 “I am beyond excited to be joining Kalitta Motorsports as part of their team,” says Lee, who has been driving Funny Cars for over 25 years. “To be driving for Connie Kalitta and his awesome NHRA drag racing organization is something I’ve worked for and dreamed of my entire career. It will be an honor to drive a car tuned by Jim O and Nicky as well. The Kalitta team will give me a great car; it will be up to me to close the deal on Sunday. I look forward to that challenge and the opportunities that are ahead.”

The expansion will allow Kalitta Motorsports to run a fifth team for the first time in their history. Lee will be campaigning for a multi-car team for the first time as he will join teammates, Doug Kalitta, driver of the Mac Tools Top Fuel Dragster; J.R. Todd, driver of the SealMaster Top Fuel dragster; Del Worsham, driver of the DHL Toyota Camry Funny Car, and Alexis DeJoria, driver of the Tequila Patron Toyota Camry Funny Car in the field for the last four 2016 events. Lee will be piloting Worsham’s 2015 championship car with the DHL team acquiring a new Bounty Hunter chassis for the latter part of the season. He will own the equipment, but it will be run out of the Kalitta Motorsports Ypsilanti, Michigan-based shop.

“We are really pleased to be able to partner with Paul in this capacity,” said Oberhofer, Vice President of Operations, Kalitta Motorsports. “He will be owning equipment that is proven. It is a great way for Team Kalitta expand business and get Paul to the track in a top-notch team at an affordable rate with an experienced crew.”

Lee is the President of McLeod Racing LLC, a global leader in automotive and clutch driveline technology based in Orange County, California. He started drag racing at age 18 in his home state of New Jersey. Lee drove Top Alcohol Funny Cars from 1988 until 2005, and won three NHRA National Event titles and one divisional race. Paul stepped up to the Nitro Funny Cars in 2005 and has one Professional Nitro Funny Car title, winning the IHRA Motor City Nationals in 2008. Today, Paul drives exclusively in the NHRA Nitro Funny Car class, running as quick as 4.007 at nearly 318mph in Chuck & Del Worsham’s Funny Car. Paul resides in Orange County, California.