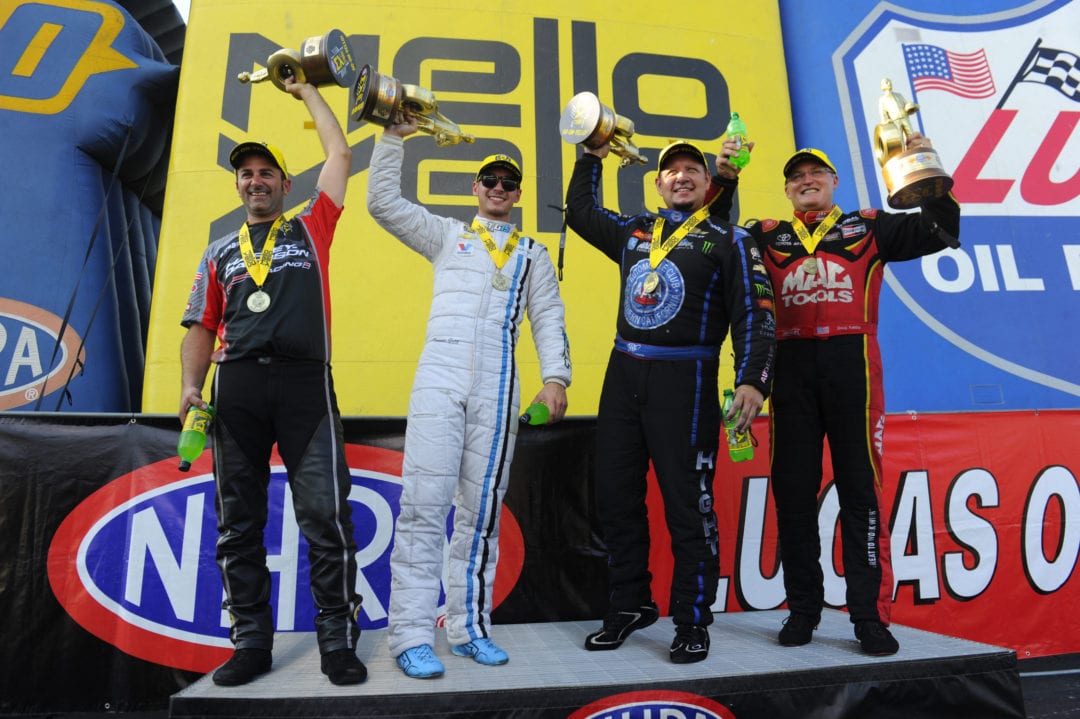 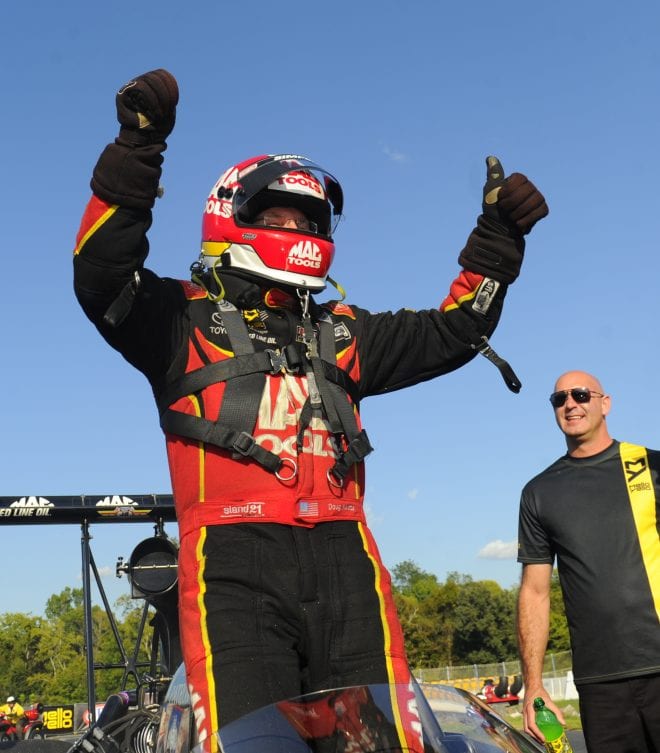 Points leader Kalitta took down teammate Richie Crampton in the final round with a 3.775-second pass at 318.39 mph in his Mac Tools dragster to earn his first victory of the season. Kalitta now has 43 career victories and only two tracks on the NHRA circuit at which he hasn’t won throughout his career.

“Getting this win gives us great momentum with only five races to go, but with the team I have with me I’m full of confidence,” Kalitta said. “It’s huge for me to get my first win at this great facility, because we have been coming here for a lot of years and I couldn’t be happier with how it turned out.”

Kalitta earned the top slot in qualifying and defeated Chris Karamesines, Tony Schumacher and Clay Millican before reaching his third final round of the season. Crampton qualified seventh and reached the final round in only his second event of the season, taking down Scott Palmer, Steve Torrence and Brittany Force on the day.

Hight earned his third victory of the season and first since Seattle with a 3.943 pass at 328.86 in his Auto Club of Southern California Chevrolet Camaro to defeat teammate Courtney Force in her Advance Auto Parts Chevy Camaro in the finals. Hight now has 40 career victories and has taken the lead in the Funny Car points standings. 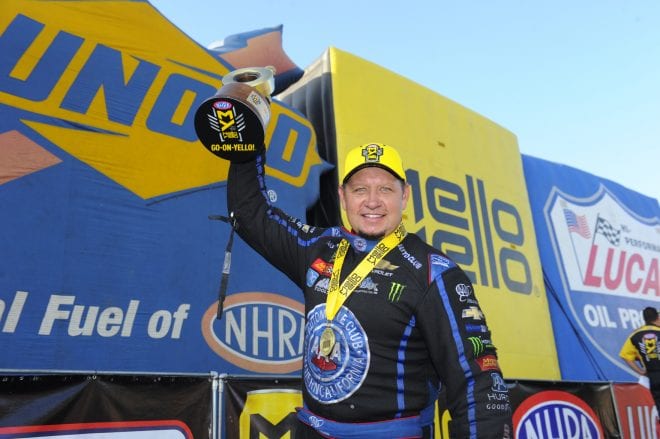 “We’ve had a great race car over the past 15 races in either hot or cold weather, getting low E.T. in several events throughout the year,” Hight said. “It’s almost impossible to have six great races in a row during the Countdown, but we had everything figured out today which we needed with the tough competition we faced today.”

Hight qualified sixth and took down Matt Hagan, Tommy Johnson J.R. and J.R. Todd on his way to his sixth final round of 2017. Force was the top qualifier and defeated Bob Gilbertson, John Force and Alexis Dejoria on the way to her fourth final round of the season.

In Pro Stock, Gray continued his impressive rookie campaign with a 6.614 at 208.07 in his Gray

Motorsports Valvoline Chevrolet Camaro during the final round to earn his fifth victory of his season. He took down four-time world champion Greg Anderson to emerge victorious at his local track and take command of the Pro Stock points lead.

“If you would have told me I would be the points leader when I left the first race of the Countdown I would have said you were crazy,” Gray said. “I have a great team who has helped me throughout the season and we are really happy with where we are at.”

Gray qualified first and got past Val Smeland, Erica Enders and Jason Line before making it to his sixth final round of the year. Anderson has now reached eight final rounds this season, defeating Alan Prusiensky, Drew Skillman and Bo Butner after qualifying second.

Krawiec took home the Pro Stock Motorcycle victory with a 6.850 at 196.87 on his Screamin’ Eagle Vance & Hines Harley-Davidson to take down his teammate Andrew Hines in the final round. Krawiec took over the points lead as he locked down his 40th career victory and fourth of this season, including his second in a row. 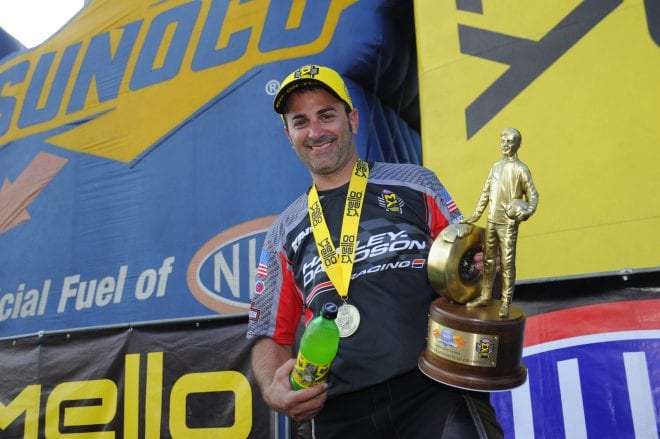 “This is a huge race for me because I love this drag strip and this facility, and to come out of the first Countdown race with a win is huge for me and my team,” Krawiec said. “Getting a win here is awesome, because it increases your chances to win a championship quite a bit so I’m really excited about this.”