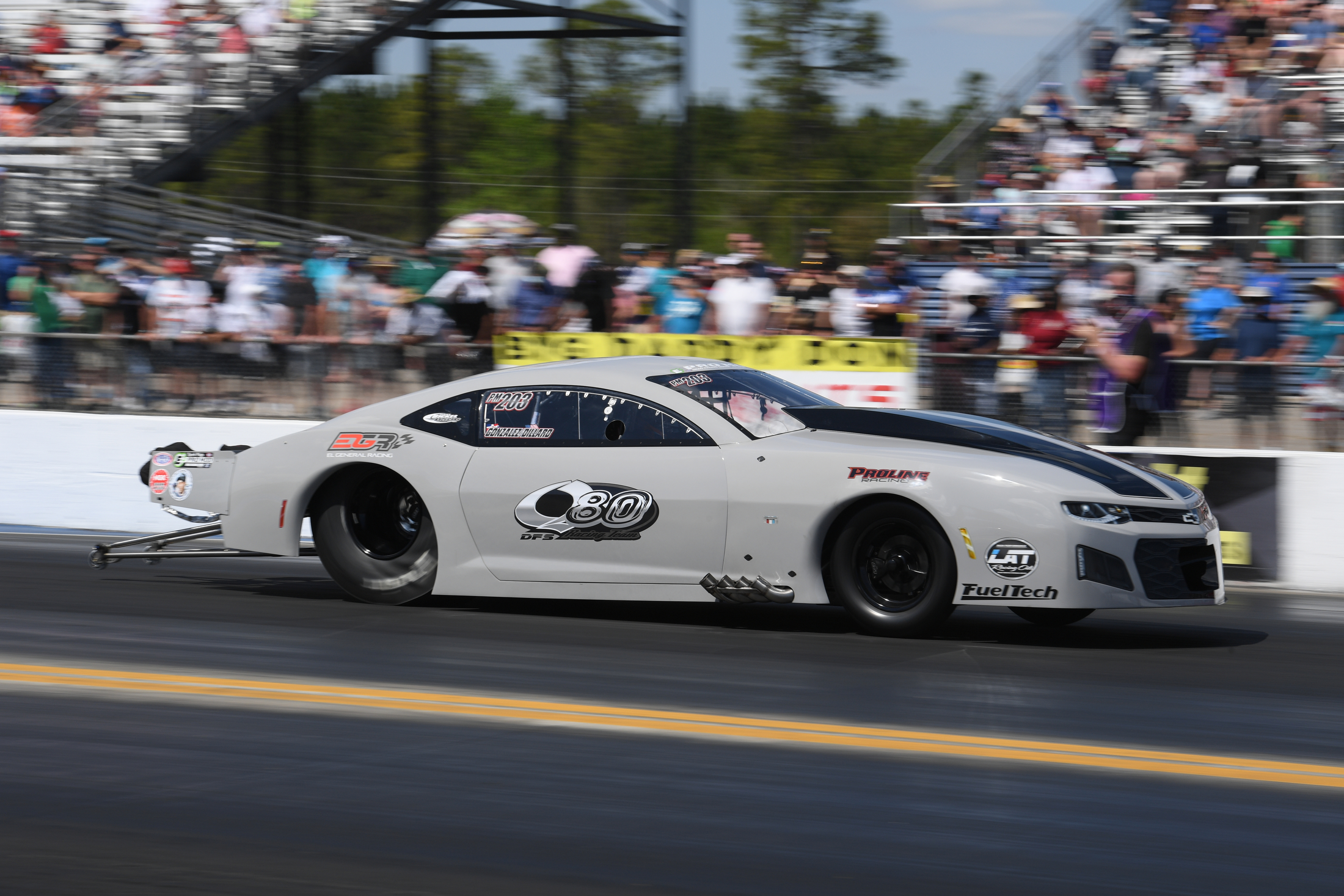 Jose Gonzalez started Sunday by making the quickest run in E3 Spark Plugs NHRA Pro Mod Drag Racing Series history and ended his day with a victory, beating Justin Bond in the final round of the opening race of the 2021 season at Gainesville Raceway.

The race, which was presented by Jerry Bickel Race Cars and FTI Performance, is the first of 12 events during the 2021 E3 Spark Plugs NHRA Pro Mod Drag Racing Series presented by J&A Service season, and Gonzalez rolled to his third career win.

He went 5.720-seconds at 254.33 mph in his ProCharger-powered Q80 Racing/EGR Racing Camaro to beat Bond in the final round as Bond, who was the No. 1 qualifier, slowed to an 8.341 at 112.00. After qualifying third, Gonzalez eclipsed the record Bond set Saturday night, going an incredible 5.621 at 254.62 to win in the first round of eliminations against Jerico Balduf and make the quickest run in class history. He followed with round wins against Clint Satterfield and Khalid Al-Balooshi to reach the final round for the sixth time in his career, meeting Bond for the first time in eliminations.

“The car actually feels like I’ve been in it for almost a year driving it,” said Gonzalez, who didn’t race in 2020. “I was actually a bit scared with all the new rules that we have to shift, and I had never shifted (in) this car before. I’m just happy where we are being able to go to the finals (and) win at the very first race.”

Bond, who went a whopping 5.638 at 253.80 to qualify No. 1 for the first time in his ProCharger-powered JBS/Bahrain 1 Racing Camaro, beat Jim Whiteley, Jeffrey Barker and Jonathan Gray to reach his third career final round.