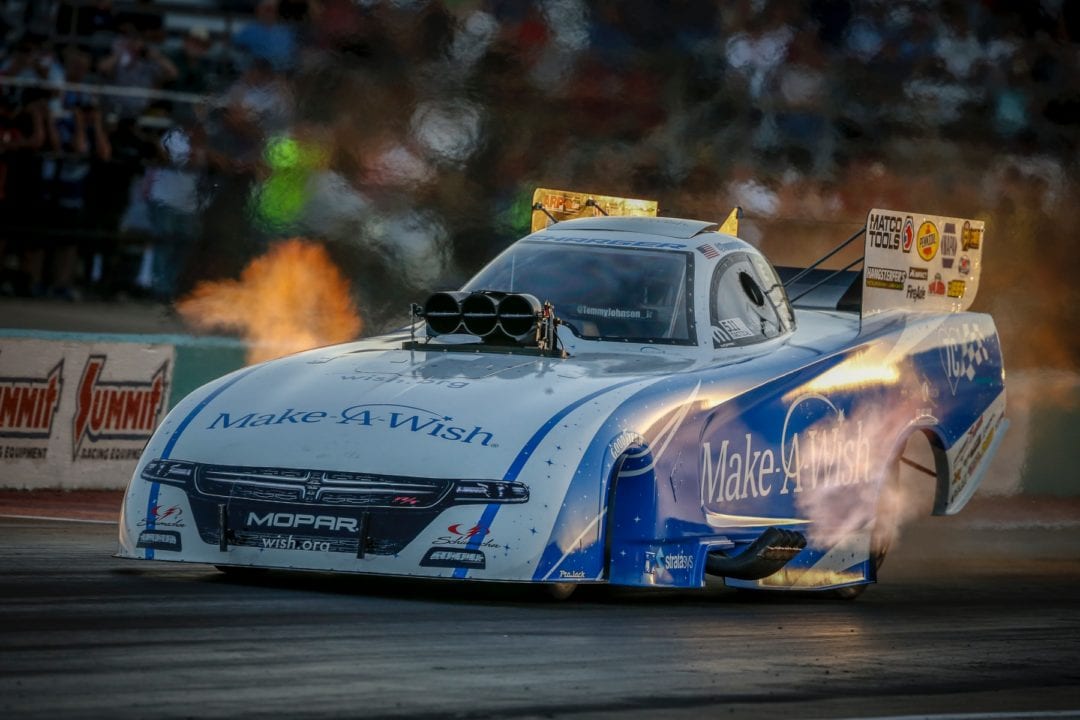 “We ran well first round and went down the race track” Johnson Jr. stated. “John (Collins, crew chief) got after it pretty good. It’s always fun to watch him when cars start to run better out there, and he comes back to lift the box and twist some knobs. So, I knew the car was going to run pretty good.”

Top Fuel’s Millican will look to secure his 9th No. 1 qualifier of 2018 following his 3.726 at 328.54 in his Parts Plus/Great Clips dragster. It would also mark the 19th career No. 1 qualifier for Millican, who is currently second in the points standings.

“To be honest, we typically have a good idea of what the car is going to run,” Millican said. “That has all gone out the window since the Countdown started. I really didn’t think we were going to go .72 tonight. What David Grubnic (crew chief) is doing right now is totally impressive and the kids putting this together are unbelievable.”

Points leader Steve Torrence moved to the No. 2 spot during the second round of qualifying with his pass of 3.781 at 328.14 in his Capco Contractors/Torrence Racing dragster.

In Pro Stock, Coughlin Jr. took the lead during the second qualifying session with his pass of 6.599 at 207.53 in JEGS.com/Elite Performance Chevrolet Camaro. It would mark his fourth No. 1 qualifier this season and 27th of career, who is currently seeded No. 4 in the points.

“Our goal coming into the Countdown was definitely to be much more aggressive,” Coughlin Jr. said. “I was trying to see if we could earn a couple of small points along the way. The team has done a fantastic job of that and darn near leading the pack with qualifying points.”

Matt Smith, current points leader, finished atop the qualifying order in Pro Stock Motorcycle with a 6.876 at 197.65 on his Elite Motorsports DENSO Auto Parts EBR. He is chasing his fifth No. 1 qualifier of the season and second of his career at Texas Motorplex. 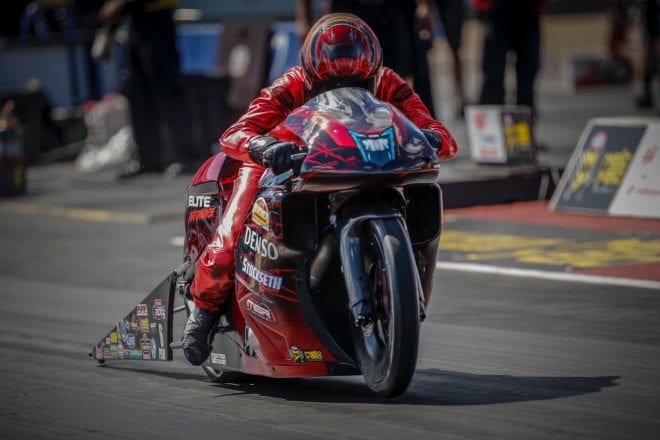 “The conditions are pretty hot today,” Smith stated. “The track seemed good for how hot it was. We were low first round by a hundredth and we will go to that set up tomorrow. We’ve been to two finals in a row and hopefully we can just keep that momentum going.”