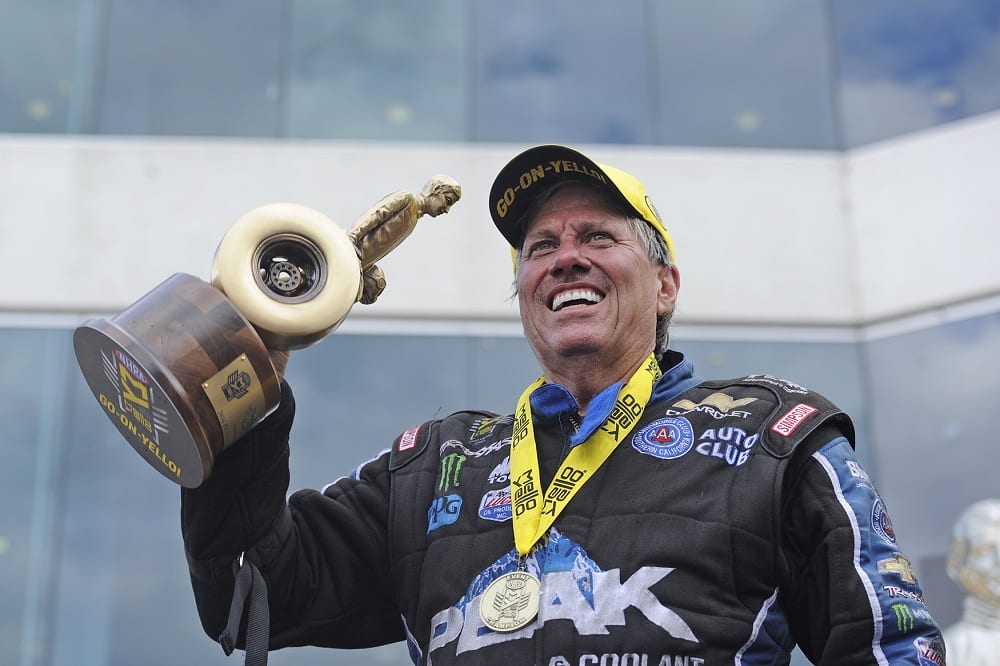 Mike Neff returns as crew chief on Robert Hight’s Auto Club of Southern California Chevrolet Camaro SS Funny Car, with Jon Schaffer and Jason McCulloch joining that team as co-crew chiefs. The move strengthens one of the most dominant Funny Car driver/tuner combinations and positions the 2009 Funny Car champion as a driver to watch in 2017.

Danny Hood will be the crew chief and Ronnie Thompson the co-crew chief for Courtney Force, won the national event in Houston and the prestigious Traxxas Shootout at the Chevrolet Performance U.S. Nationals in 2016.

Brian Husen remains the crew chief and Alan Johnson the consultant for Brittany Force, who cemented her place as a championship contender with 3 victories and a 6th-place points finish in 2016. 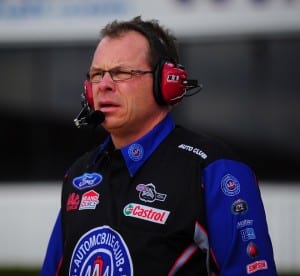 “I’m putting the band back together,” John Force said. “Jimmy Prock is returning home, and Chris Cunningham is coming with him. This is a great opportunity to grow the company as NHRA continues to grow, too. To bring talents like Jimmy and Cunningham will make John Force Racing stronger. And it will make the PEAK Chevrolet a NHRA Mello Yello championship contender.

“A good football team builds its strength on many levels: from the head coach to coordinators to players. You need depth at every level, and these moves makes us deeper and stronger. Every one of my crew chiefs and co-crew chiefs can run a successful team, and to have them all under one roof just makes us better as a whole and as individual teams.”

Prock helped lead the charge on the Funny Car record books in recent years, engineering changes that lowered elapsed times to historic levels. Prock recorded 39 victories while a crew chief at JFR for 14 years – 27 with Hight, 8 with Gary Densham and 4 with Force.

“I’m very excited,” Prock said. “I worked here for a long time, and we’re excited to be back working with the JFR brain trust. Plus, with all the of Chevrolet’s support and engineering, this is a whole new adventure. We’re working hard to try to get a championship and win as many races as we can.

Cunningham served as crew chief for Bob Tasca’s Funny Car team, which was aligned with JFR for several seasons, so he is familiar with JFR’s operations.

The addition of Schaffer and McCulloch to Hight’s team deepens the talent level on the Auto Club of Southern California Funny Car.

“We’ve got some talent on that car,” Force said. “Jon and McCulloch had four wins last year with me. Each of those three guys can all run a championship-caliber team on their own, and to have them together on Robert’s car is pretty special.”

JFR is also building toward the future with the addition of Austin Prock to its driver development program. Prock, the son of Jimmy Prock and grandson of past Funny Car driver Tom Prock, has raced Sprint Cars and Midgets in his young career. Austin Prock also won the 2014 STARS national midget championship.

A third-generation drag racer, Prock, 21, has experience working on JFR race cars, and will attend Frank Hawley’s Drag Racing School this year as he begins a multi-year program to eventually compete at the sport’s highest level for John Force Racing.

“I’m excited about this young man coming in,” Force said. “I raced his grandpa in the early days, and I knew his dad as a small kid. I’ve watched Jimmy’s sons grow up. It just fits for John Force Racing. The opportunity to bring him into drag racing is great. He’s talented, he’s personable, good-looking, lightweight like a jockey and loves auto racing. I know he can drive a race car. It’s in his DNA, in his blood.”