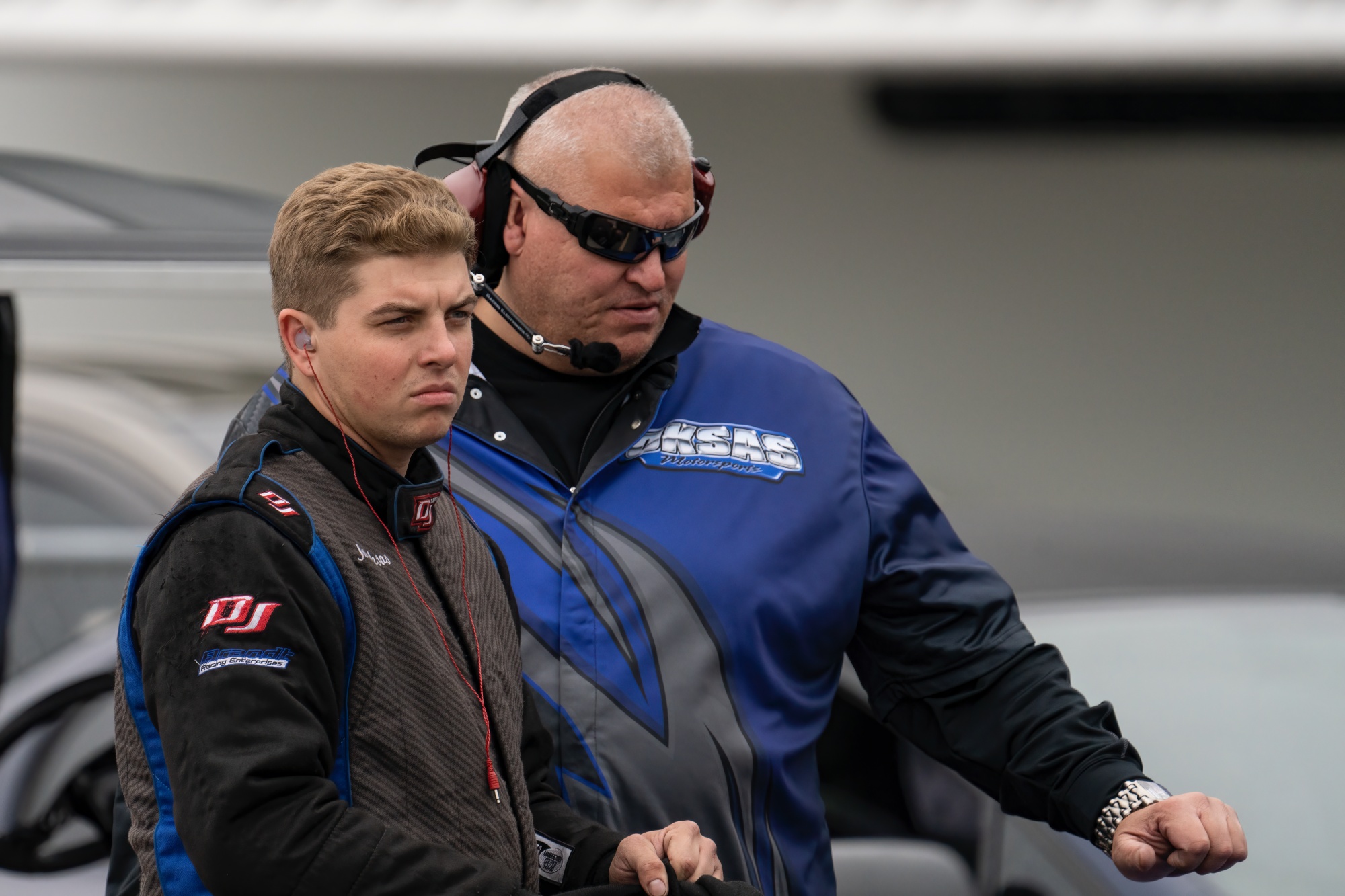 Joey Oksas had big shoes to fill when he stepped into his father Scott’s twin-turbocharged ‘67 Mustang – size 15 to be exact. But the 23-year-old wheelman proved he was up to the task, using a pair of holeshot wins to race to a runner-up finish in his Pro Mod debut at the Mid-West Drag Racing Series race at St. Louis in August.

Oksas hadn’t driven the car before testing started on Thursday of the event. He had raced Jr. Dragsters when he was young and ran a nitrous-assisted, big-block Chevy-powered Mustang in X275 for two years, so it was a big step up when the father and son duo collectively decided it was time for Joey to get behind the wheel of the Pro Mod Mustang, which Scott drove to a $100,000 victory at the 2019 Drag Illustrated World Series of Pro Mod.

“It was kind of a last-minute decision, but my dad and I both felt comfortable with me driving at St. Louis – it’s a nice, flat track, with a nice, long shutdown and it’s well-lit,” Oksas says.

Oksas insists he wasn’t nervous when he went to make the first few passes in the Jeff Pierce-tuned car.

“I feel like driving is second nature and I feel very calm and collected inside the car,” Oksas says. “I was a little tense on the first run, but it’s like riding a bike. Once you do a burnout, you know how to do a burnout. It’s just going through the motions. The buttons are a little different, staging the car is different, but I just tried to stay calm, cool and collected. I made the best decisions that I could behind the wheel and I feel like I did a pretty decent job driving.” 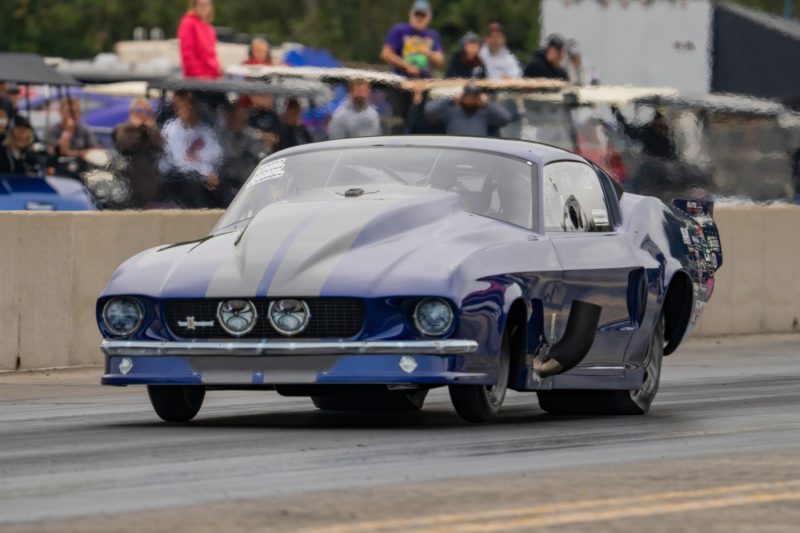 Qualifying didn’t go as planned, as Oksas missed the Friday night session and didn’t improve on Q1’s 3.829 at 210.28 during the third and final session. He missed the field by just one thousandth of a second, but he was inserted into the No. 11 spot when Todd Moyer reported breakage.

“It was a roller coaster, man,” Oksas says. “We missed the night session the night before due to a little bit of human error. So we had to go for it on Q3 on Saturday morning. We just missed it. I was kind of bummed out right away. I knew we still had the Slammers class to enter to try to do something there. Then literally within about 45 minutes that news got flipped around and we found out that we were in. Sometimes it’s better to be lucky than good, and luck was definitely on our side that weekend.”

Oksas took advantage of the opportunity. He used a sizable holeshot and a 3.785 to beat Jim Whiteley’s 3.741 in Stevie Jackson’s “Shadow 2.0” in the first round. Another holeshot advantage put him ahead of Jim Widener in the second round, then semifinal opponent and defending series champion Aaron Wells went red.

The young California native left first again in the final round, cutting a weekend-best .015 light next to Tommy Cunningham. Cunningham’s supercharged Mustang was just two-thousandths quicker at the finish line, though, as he went a 3.717 at 200.53 to defeat Oksas’ 3.745 at 214.48. 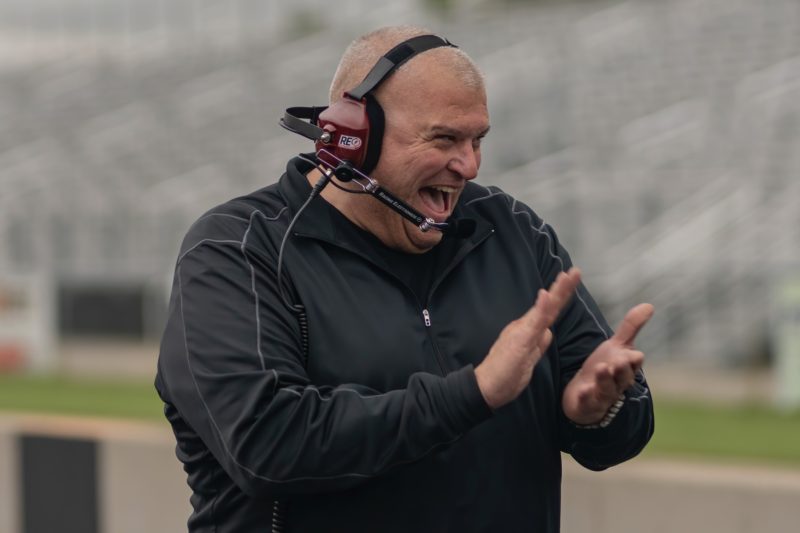 Two races remain on the Mid-West Drag Racing Series schedule after St. Louis, a double points race in Martin, Michigan, Sept. 11-12, and the World Finals at Tulsa, Oct. 9-10. Joey plans to drive the car at both events before handing the controls back to Scott for the quarter-mile Street Car Super Nationals in Las Vegas in November. The younger Oksas hopes to make some quarter-mile passes too.

“Depending on how things go at these next couple races, maybe I can swing him to let me run the thing out the back door,” he laughs. “I think it’d be fun to go 260 or 270. I can tell you it’s exhilarating running it to the eighth. I can only imagine what it does out the back door.”

Beyond 2020, Oksas says the family-based team will probably follow the MWDRS schedule in 2021, choosing the Keith Haney-led series over NHRA Pro Mod competition partially because the current rules are more favorable for their twin-turbo combination.

“We really like the Mid-West Pro Mod deal,” Oksays says. “They’re centrally located. It makes it pretty accessible for us to get out of California and make it to a lot of their stuff. We think we fit in pretty good with the rules. More than likely we’ll run the Mid-West stuff next year, maybe try to compete for a championship if we can.”

Oksas offered praise for his father for the opportunity to drive the car, as well as for Rick and Rickie Jones at RJ Race Cars and Richard Freeman at Elite Performance. He also gave a big shoutout to Pierce, who joined the Oksas Motorsports team shortly before the World Series of Pro Mod last year.

“I can’t tell you what an amazing tuner he is,” Oksas says. “I got in the car and we made total of 13 passes. The car went down the track 12 out of the 13 times. It shook the tires once on the third lick, then the first full eighth-mile pass was 3.90 at 203 and it was on after that.”