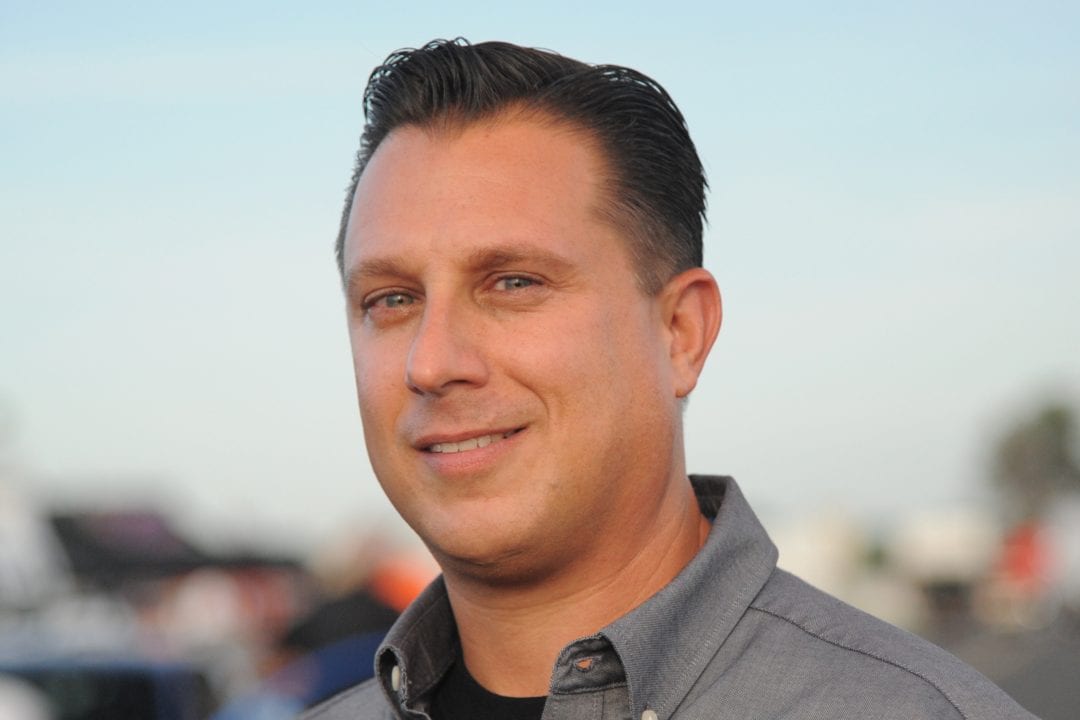 This weekend’s 65th annual Chevrolet Performance NHRA U.S. Nationals is a historic weekend on several notable levels, but for Joe Castello, it marks 10 years since the South Florida native launched his popular WFO Radio “NHRA Nitro” podcast. It was the original drag racing podcast, and it’s changing up its format this weekend to adapt to an ever-changing media landscape.

Castello launched the NHRA Nitro podcast in 2009 after a successful talk radio career in Miami, which led to his own show on XM Satellite Radio’s NASCAR channel. He realized the niche programming format could work with his preferred motorsport, NHRA drag racing, and so he set out to record episodes with the stars of the straight-line sport.

It was a slow start, but the show gained in popularity as drivers started to share the links to each week’s episode with their fans via social media.

“At the time people were saying, ‘Podcasts? What are you, a guy in your garage with a podcast?’” said Castello, one of the NHRA announcers. “That was the attitude of podcasts at the time. There were a few major ones like Adam Carolla – a big-time pioneer – but he was on the radio, so he could tell people to listen to his podcast and he was able to build up a huge audience. We, unfortunately, had to grind out every single listener that we’ve got.”

Today, WFO Radio NHRA Nitro is one of at least eight drag racing-specific podcasts available on Apple Podcasts, SoundCloud, Stitcher and other podcast platforms. Nearly all of those have popped up in the last 12 months in what Castello calls the “podcast boom.” He sees the new competition as a good thing.

“People ask me all the time, ‘Now that everyone is doing it, what does it mean for you?’ It means more listeners,” Castello said. “I can only say so many times, ‘Here’s how to listen to a podcast. There’s good stuff on podcasts.’ Now we have so many others and everyone is telling these fans, ‘Guys, you love this sport. You can hear these people and these in-depth conversations on your own time and it’s right there on your phone.’ It’s so helpful that there’s more podcasts now.”

While the NHRA Nitro podcast focuses on NHRA drag racing, the other available podcasts are diving into more specific topics.

The Sportsman Drag Racing Podcast with Luke (Bogacki) and Jed (Jared Pennington) covers all forms of sportsman racing, while the Fast Brackets Podcast highlights Top Sportsman and Top Dragster. Similarly, Castello launched the Factory Stock Podcast earlier this year to go behind the scenes with the stars of the SAM Tech Factory Stock Showdown.

Castello believes these very specific programs will help new fans discover various segments of the sport, while helping existing fans of these classes learn more about their favorite drivers. 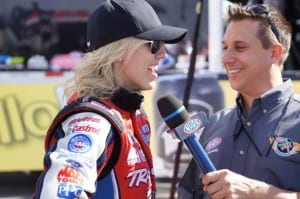 “It’s not about how many listeners you have,” Castello said. “It’s about how you have a connection with those listeners. If you want to do a podcast about Stock Eliminator Camaros, you’re going to have 100 people listening. But if they all care about it, what’s the difference? You’re making a really strong connection with those people. It’s going to benefit everybody if we have people bringing up points and stories and promoting different aspects of the sport and drag racing in general with their own podcasts.”

WFO Radio NHRA Nitro started with a format like Castello’s talk radio programs – one 2-3-hour program designed to be consumed in one sitting. The shows usually start out with the NHRA’s lead announcer, Alan Reinhart, giving a pre- or post-race analysis before going into in-depth interviews with a variety of people, but typically the professional class winners after each national event, as well as various pros, Pro Mod and sportsman drivers, crew chiefs and personalities.

“A lot of people would debate, ‘Is three hours too much? Will people see that and turn away?’” Castello said. “But I think of the guy in the situation where that show is what gets him through the day. That was me. I was in a warehouse working at a watercraft dealership and talk radio got me through the day when the next show went on. I wanted it to be long because I need to get to 5 o’clock. I have people that tell me that too. So there’s a push-pull between that and the person who says, ‘Oh, two hours? I don’t have two hours to listen through all that stuff.’ Up until this point I have decided to let the linear experience win out.”

That’s all changing with WFO Radio’s U.S. Nationals coverage this year, though.

“Just like in racing, if you’ve got a combination that works, you stick with it, maybe even too long,” Castello said. “It’s time to change the combination a little bit and put out these interviews independently. Here in Indy in 2019, our 10th year of WFO, we had nine really strong interviews and we broke them all up independently. Each driver, personality, and journalist that we interviewed has their own WFO podcast that is out there in the podcast space. Fans of those people and fans of drag racing can go and enjoy it.”

Beyond the U.S. Nationals, Castello will consider the metrics and feedback from listeners regarding the show’s new “à la carte” format versus the full 2-3-hour format to determine the show’s direction for the rest of the season. What won’t change, though, is Castello’s passionate, informed, long-form interviews that draw out the best from the sport’s personalities.

“We want to continue to push the envelope of the relationship between the fan and the driver,” Castello said. “They’ve all got their own social media as well. The thing about their own social media is they’re always giving you exactly what they want to give you. Sometimes you need to have an intermediary – and in this case it’s me – to ask questions and sometimes they’re uncomfortable or a little probing. Nothing disrespectful – I would never do ‘gotcha’ stuff.