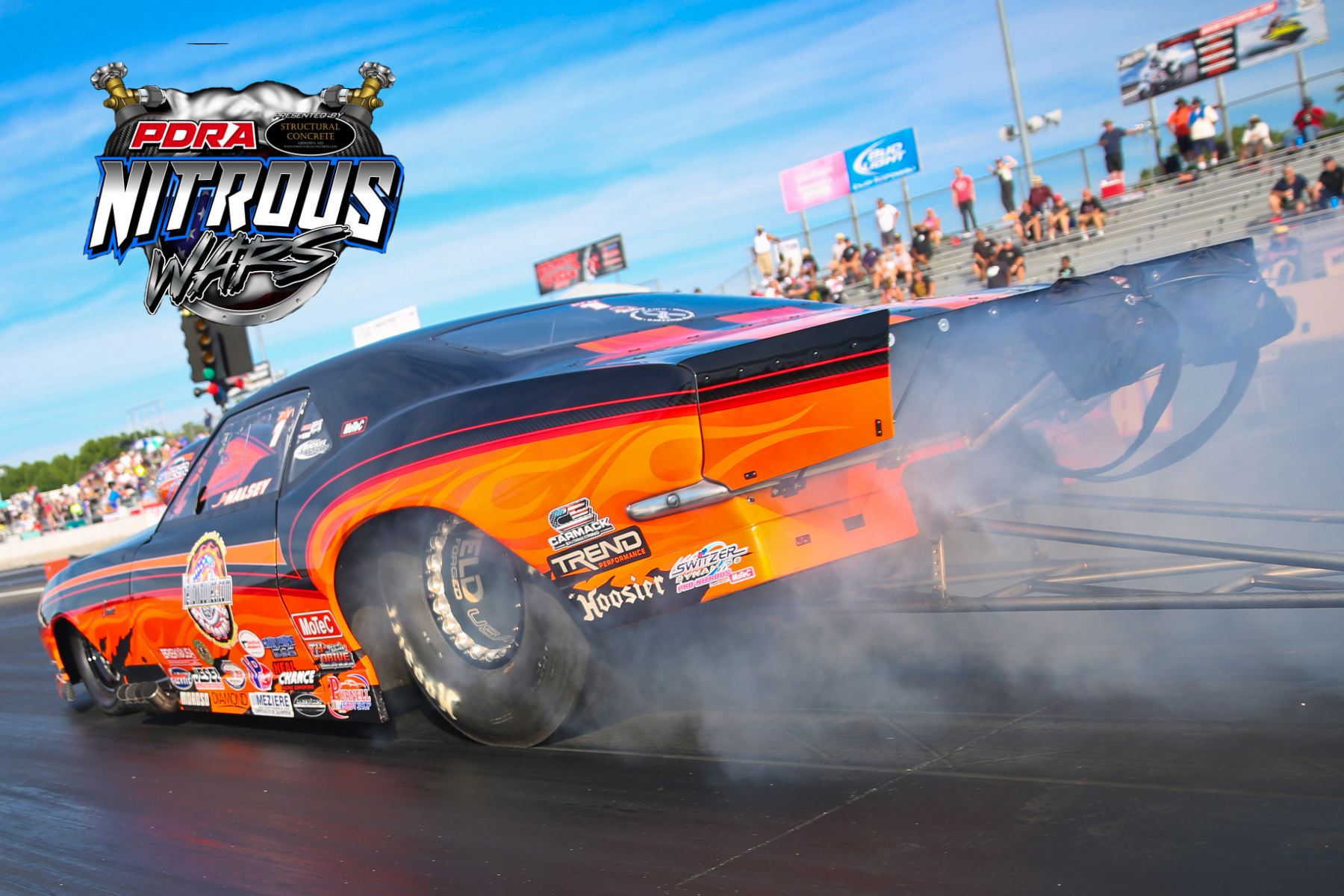 Defending world champion Jim Halsey remains at the front of the Professional Drag Racers Association’s (PDRA) Switzer Dynamics Pro Nitrous class after qualifying No. 1 at all four races this season. With four races remaining on the 2021 PDRA schedule, Halsey has all but locked up another Nitrous Wars presented by Structural Concrete title for his team and engine builder Gene Fulton.

“Nitrous Wars presented by Structural Concrete has been a show of dominance at the halfway point of the year,” said Tyler Crossnoe, race director, PDRA. “Jim Halsey, Brandon Switzer and Fulton Racing Engines have flexed their muscles through the first four races. Pat Musi, Charlie Buck, Sandy Wilkins, Billy Albert and others are not too keen of this and have been in their respective shops working hard for the remainder of the 2021 chase. We at the PDRA look forward to seeing the world’s best bottle-fed racers battle it out four more times until a world champion is crowned.”

Nitrous Wars is PDRA’s bonus program rewarding the top performers in Pro Nitrous. The Nitrous Wars trophy is a specially branded nitrous bottle that’s handed off to the latest Pro Nitrous low qualifier at each of the eight races on the PDRA tour. At the end of the season, the driver with the most No. 1 qualifiers takes home the bottle and their engine builder is also named the Nitrous Wars champion.

At the two most recent races, Halsey piloted his “Daddy Shark” ’68 Camaro to the No. 1 spot at the DeCerbo Construction American Doorslammer Challenge presented by Callies at Summit Motorsports Park in late May, posting a 3.65-second lap at 208.04 mph. In late June, the Maryland native took the top spot at the North vs. South Shootout presented by Line-X at Maryland International Raceway with a 3.672 at 206.13. He also went on to win both races.

“I have to give all the credit to my team,” said Halsey, who also won the 2020 Nitrous Wars championship for Fulton Competition Engines. “Brandon, Eric [Davis], Michael [McMillan], Cathy [Crouse], and Melissa [Switzer] keep this car running at the front.”

The next race for Nitrous Wars presented by Structural Concrete racers is the Summer Shootout presented by Ty-Drive, July 15-17, at Virginia Motorsports Park in Dinwiddie, Virginia.