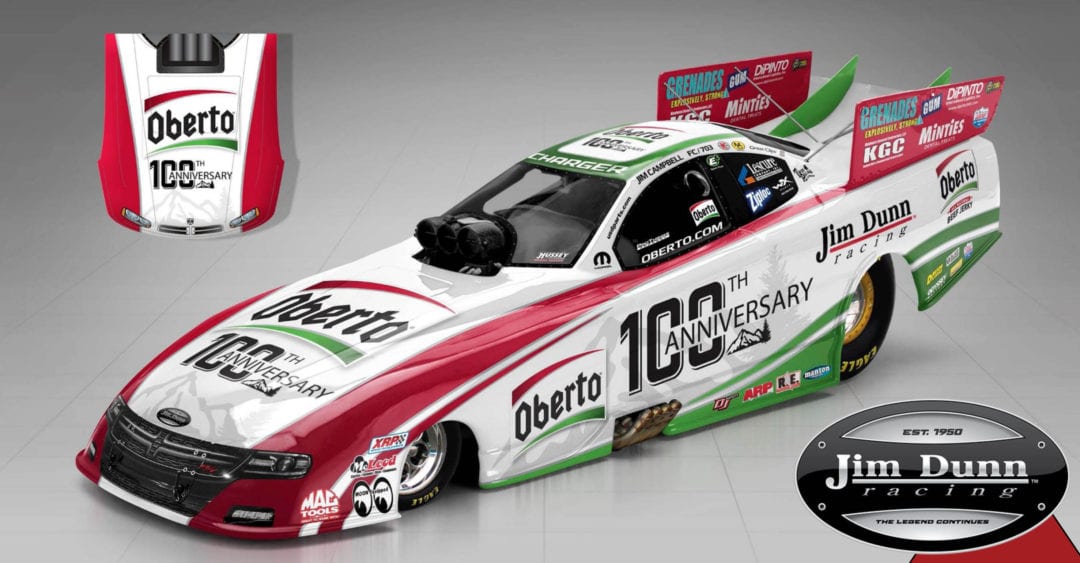 Oberto Beef Jerky has partnered with Jim Dunn Racing for several seasons and has shown multiple versions of its graphics on the race car depending on product announcements and retailer tie-ins.  The 100th Anniversary scheme is special for everyone involved.

“It’s special for Jim Dunn Racing to have the opportunity to recognize such a great brand during their 100th Anniversary celebration,” noted Jon Dunn, team manager. “Our race team has been around for more than 50 years so we can relate to how hard the Oberto group has worked to build their following over the decades.”

Funny Car driver Jim Campbell will be signing autographs at the stadium prior to the Mariners game, and will then appear on-field during pre-game ceremonies. Fans attending the game can get their picture taken next to the Oberto 100th Anniversary Funny Car starting at 5:00 pm this Thursday at SafeCo Field.

Following the stadium festivities, the Funny Car will then be transported back to its pit area at Pacific Raceways in preparation for the weekend’s NHRA national event.  Fans can follow the team on Facebook at @JimDunnRacing, and watch the Fox Sports broadcasts throughout the race weekend.