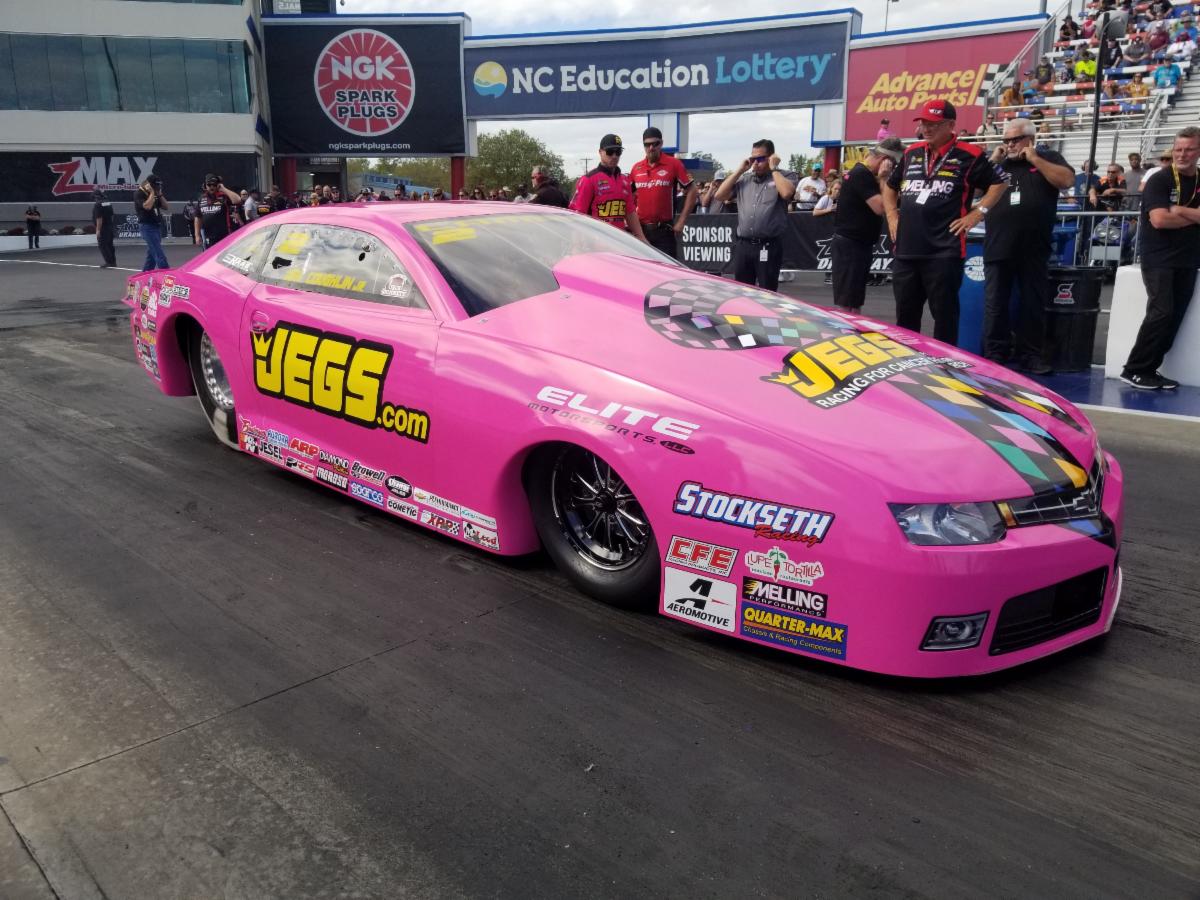 Jeg Coughlin Jr. enters this weekend’s 34th annual AAA Texas NHRA Fall Nationals with a mindset of winning another cowboy hat, the traditional gift presented to each class champion. He knows if he can pull off that feat, he’ll be a few steps closer to his goal of challenging for what would be his sixth Pro Stock world title.

His nephew Troy Coughlin Jr., already the Top Alcohol Dragster champion of the East Region, has a similar vision of glory in the Lone Star State, which would secure a second-place finish in the national points.

“We are riding into Texas for the fourth of six Countdown to the Championship races right in the middle of the mix in Pro Stock,” said Jeg Jr., pilot of the JEGS.com Elite Motorsports Chevrolet Camaro. “We’re five rounds out of the points lead with just 12 rounds left in the season so we need some things to fall our way to be there in the end.

“In our case, we’re looking to be aggressive from Thursday when we arrive until Sunday when we leave. We want to win four rounds on Sunday and if we’re going to pull this off then we can’t make any mistakes. I have come back from bigger deficits in my career so it is doable. It’s actually going to be a fun challenge for both me and my team.”

Adding an interesting twist to things, Jeg Jr. is chasing his own teammate, two-time world champ Erica Enders, who sits atop the class at the midway point of the playoffs. He’s also trailing fellow Elite driver Matt Hartford, who is currently third, and is just ahead of another teammate, Alex Laughlin, who is seventh overall.

“It’s fun to have multiple cars from the Elite Motorsports camp very much involved in the championship hunt. Alex and myself are chasing Matt and of course Erica up there in the points lead. It’s going to be an exciting finish to the season regardless of the outcome.”

“We’re going into Texas with a growth mindset, ready to race and win at the Motorplex,” Troy Jr. said. “We need to win the race outright to assure ourselves of a second-place finish in the national points so that’s our goal. It’s already been an incredible season and a win in Texas would be a great capper to what these guys have already accomplished.”