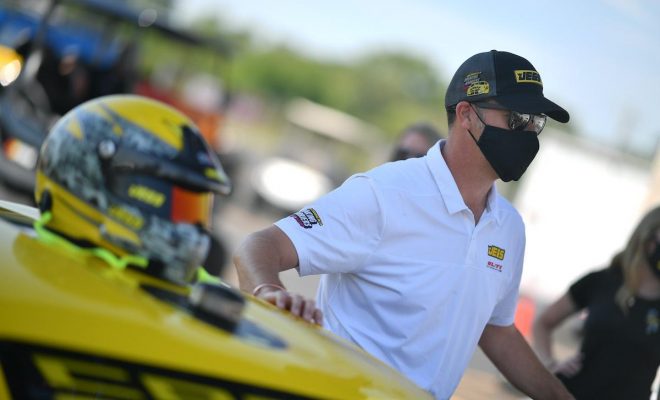 Entering the race just eight points ahead of Jason Line, Jeg Jr. now has a 44-point edge against his chief challenger. Jeg Jr. also stretched his advantage over teammate and reigning Pro Stock champion Erica Enders from 15 to 77 points.

“Had a helluva day with a really special ending; I couldn’t be happier,” Jeg Jr. said. “We were third-best through qualifying with Rickie (Jones, crew chief) trying a few little things Saturday, but went back to our tried-and-true set-up today and got the job done, despite not having the best car on the property today. We just worked at it and kept our heads down and here we are now with another trophy.

“That final with T.J. was quite a treat. The two of us have spent countless hours bench-racing through the years and we’ve had some moments where we’ve actually raced at the sportsman level, but this one was the biggest so far. I looked out the window and thought, I’d better be ready because he had the better car in the semifinals and he had lane choice.

“There was a part of me pulling for him to win. It was an echo of the start of my Pro Stock career when I won in just my second start and I can tell you I get more excited watching him win rounds than I do for myself. But in the end, we had to stay focused and do what we needed to do to stay in the points lead. We just don’t know what the future holds.” 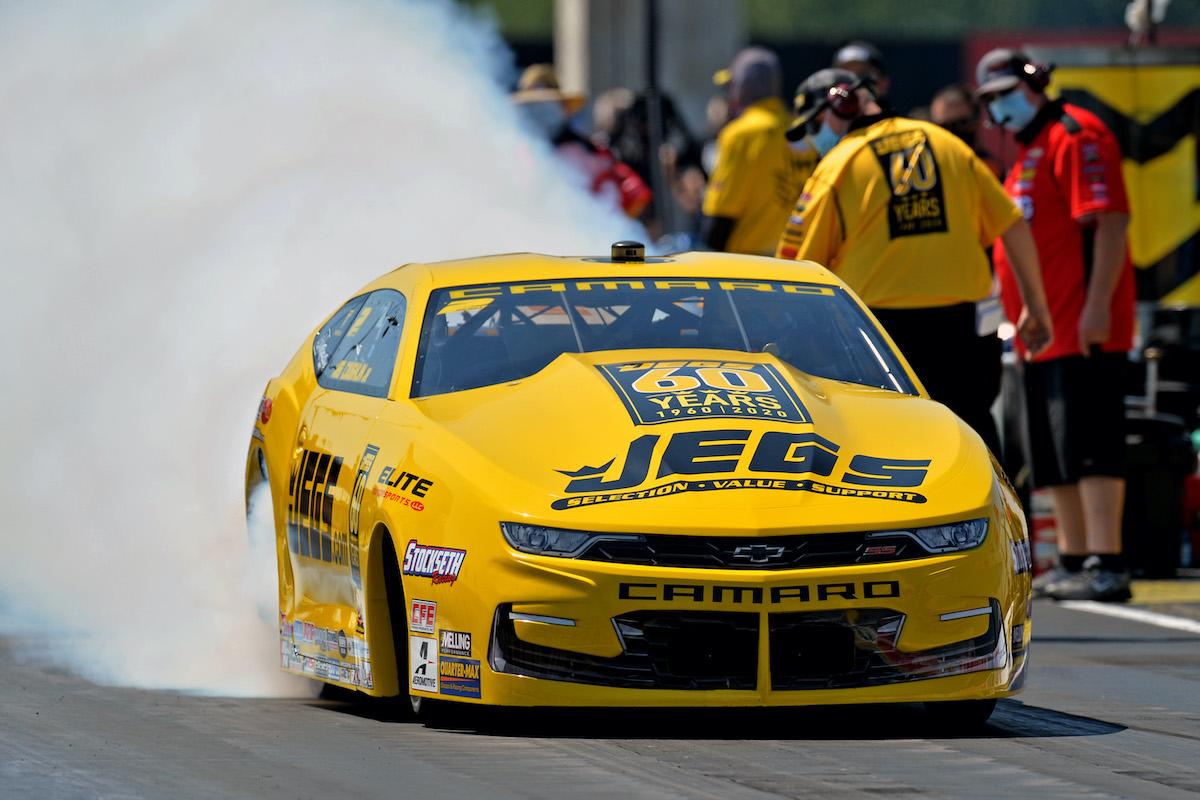 In the four NHRA Pro Stock races that have taken place this year, Jeg Jr. has two wins and a runner-up result. He also won $75k at the 75K Drag Illustrated World Doorslammer Nationals, a non-sanctioned event held in early March.

On the other side of the ladder, Troy Jr. opened with a win against Kyle Koretsky by posting a 6.637 at 205.69 mph in his JEGS.com Elite Motorsports Ford Mustang to Koretsky’s 6.645 at 206.67 mph. The race wasn’t as close at the ETs suggest with Troy Jr. earning a huge .033-second advantage at the starting line. He then dismissed Enders, who fouled out with a -.004 red-light start.

“We had a better car than we showed is qualifying,” said Troy Jr., referring to his 13th-place starting slot. “We left some on the track in Q2 with a little tire shake but my crew chiefs Rick Jones and Mark Ingersoll went to work and got the car to respond. Plus, Robert Freeman came over and helped on clutch. He’s one of the best in the sport.

“Everyone on this team did their best all day and we just lost the tires in the final. It was hot and we knew we needed to give it everything to try and beat Uncle Jeg so we were pushing hard. We still gained a ton of data.”

The real turning point of the day came in the semifinals when Jeg Jr. and Troy Jr. beat Elite Motorsport’s biggest rivals, Greg Anderson and Line, respectively, when both of the KB Racing drivers failed to complete their runs under power.

That setup the all-Coughlin, all-JEGS, all-Elite Motorsports finale, which Jeg Jr. won with a 6.680 at 206.92 mph. In the next lane, Troy Jr. rattled the tires at the start of the race and was forced to shut off his engine.

“Today hasn’t really settled in yet,” Troy Jr. said. “It continues to be an honor and a privilege to race in this class with the Elite team and for us to get to the final in just my second race speaks volumes about the talent (team owner) Richard Freeman has assembled here.

“It was pretty surreal racing Uncle Jeg in the final. He’s a six-time world champion who I consider the best to ever race Pro Stock and I just wanted to give him our best. “When we got to the staging lanes I wished him good luck and he told me we needed to go up there and put on the best show possible for the fans. We both love the sport so much and he’s always told me to make sure you have some fun. We did today, for sure.”

In the past, Jeg Jr. twice beat his brother Troy Coughlin Sr. in the two Pro Stock finals in which they faced one another. Troy Sr. is Troy Jr.’s father.