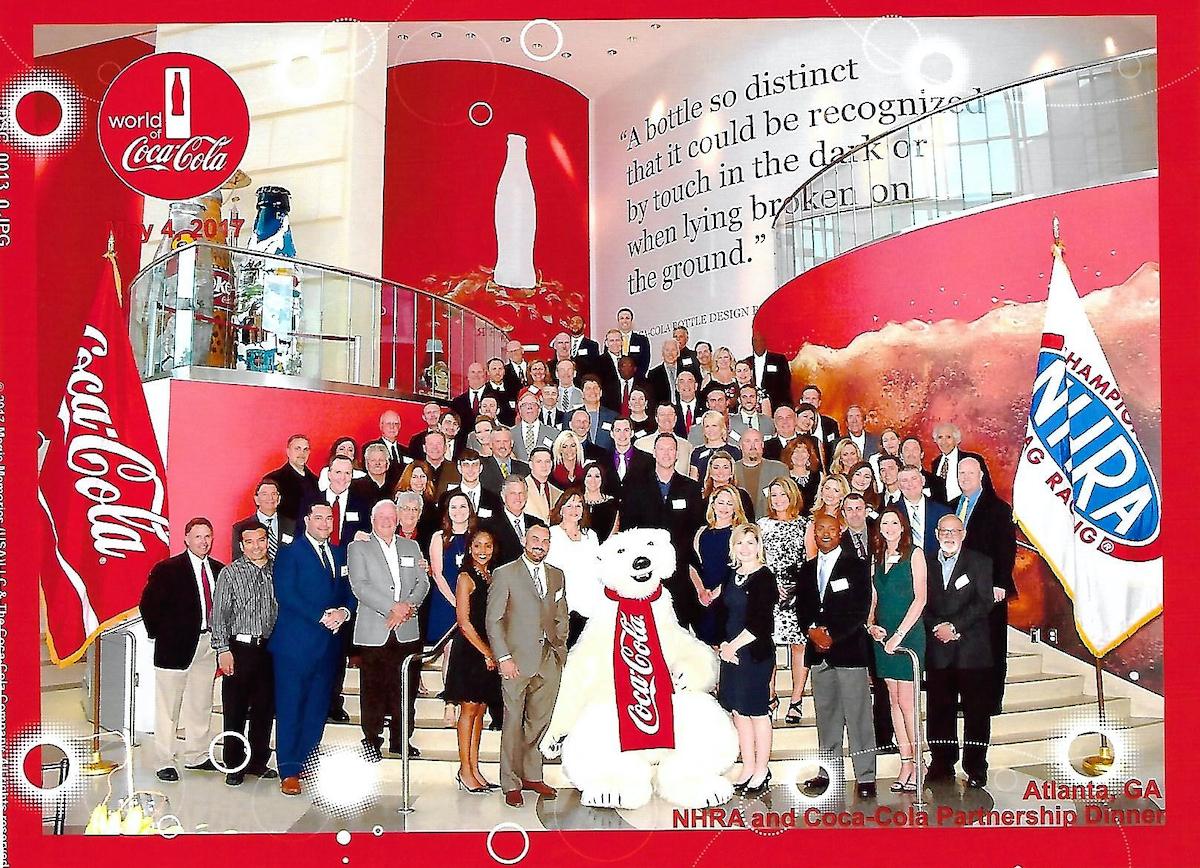 “The Coca-Cola Company has meant so much to NHRA drag racing,” Coughlin said. “The things that those of us in our sport have been able to accomplish and share with them has been absolutely amazing and it continues to be very special two decades later. It’s certainly something I’ve never taken for granted.”

Replacing a longtime multi-motorsports sponsor like Winston was a tall order when Coca-Cola came on the scene in the early 2000s but racers and fans alike quickly realized how special this generation of corporate support was going to be.

“With the power of a global giant like Coca-Cola, I know we’ve been able to successfully reach a worldwide audience that has expanded our fanbase exponentially through these years,” Coughlin said. “And in turn I’d like to think NHRA and all of us racers have helped them promote some great brands like POWERade, Full Throttle and now Mello Yello, which have all been series sponsors, as well as all of their other products. It’s been a win-win deal, for sure.

“I felt really honored to win the 2002 title because that was their first year with the sport in a title sponsorship capacity. There is only one chance to be the first at something and we can always say we were the first champions of the Coca-Cola era. That’s pretty neat in my book.”

Part of winning that first title with POWERade afforded Coughlin the ongoing opportunity to attend the annual Coca-Cola “Night of Champions” gala, which honors each champion in NHRA’s four professional categories.

“It’s always a really special occasion and that very first one really said everything about the way the relationship between the NHRA and Coca-Cola was going to be,” Coughlin said. “Of course that first year there were just four champions and I brought my father, his wife, my wife and my son Jeg III along for the festivities at Coke headquarters.

“Before dinner was served, the chef came out and explained each course we were going to enjoy and how he and his staff would prepare the items. When he was done he came right over to little Jeggie and said, ‘How about we forget about all that other food and I make you some chicken fingers and French fries?’ Well, little Jeggie’s eyes lit up and he said, ‘Yes, please.’ That kind gesture epitomizes the lengths the company has gone to for all of us. We are so fortunate to have them.” 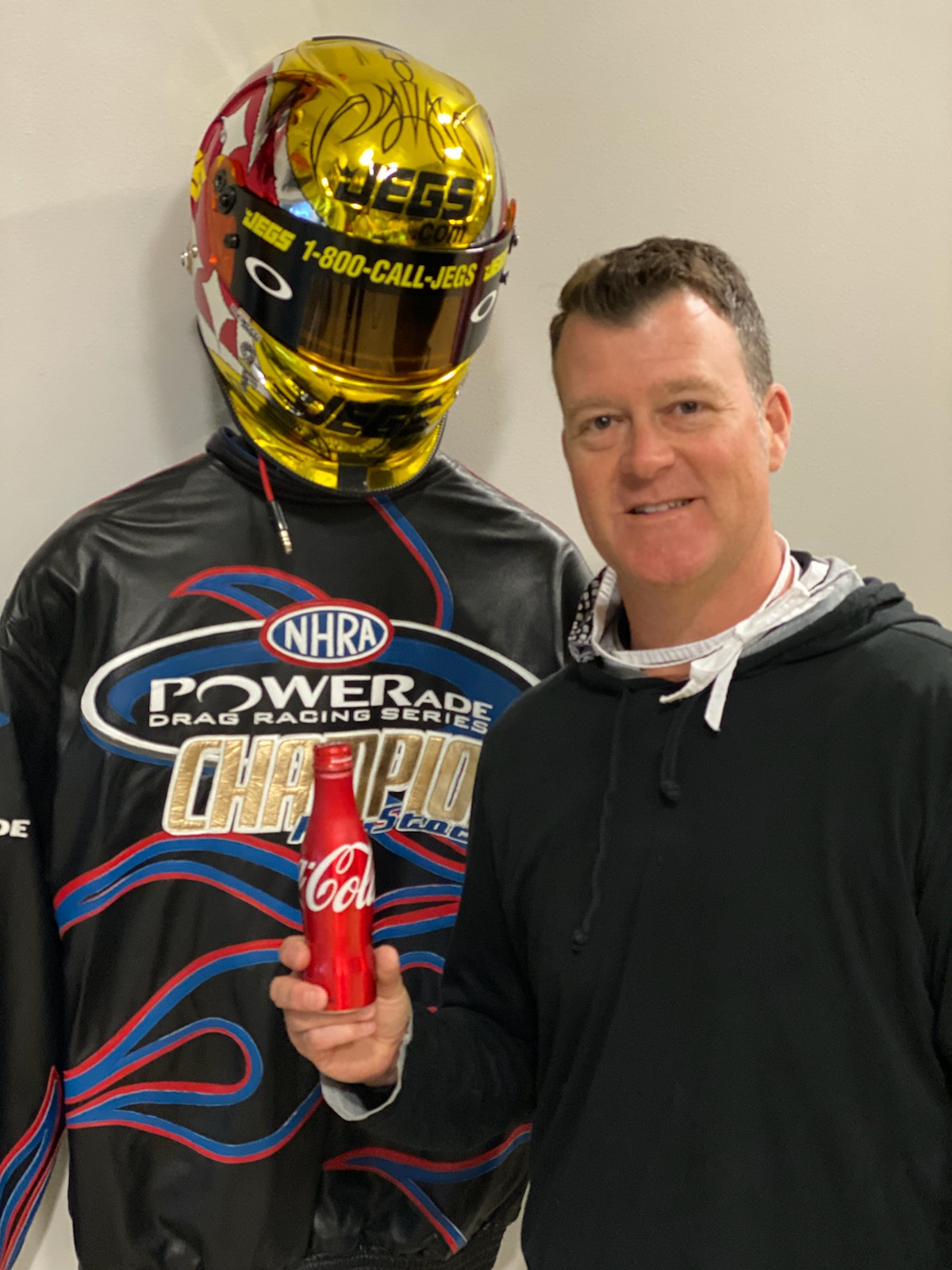 Through the years, Coca-Cola’s massive marketing arm has helped bring drag racing into the mainstream and Coughlin was asked to help by taking part in an advertising campaign that also features Larry Dixon, John Force and Angelle Drago.

“That was a fun deal,” Coughlin said. “It was a bit surreal to be treated like a Hollywood movie star for a day as we filmed the commercial and it was cool to see how all that stuff works and how much effort is required to get 30 seconds of film in the can. That was another big show of support for NHRA.”

More recently, Coughlin attended the Coca-Cola 600 NASCAR race as a VIP guest of the company.

“One of the best parts of that day was spending time with all the friends we’ve made in Coca-Cola’s management team through the years,” Coughlin said. “Of course, seeing a NASCAR race at a stadium as huge as Charlotte Motor Speedway is very impressive as well. We even had a chance to visit a bunch of the drivers and crew guys we’ve met and hosted at our events.

“Without question, Coca-Cola has had a huge influence on our sport and my career. I don’t know that we could have found a better partner when they arrived on the scene.”