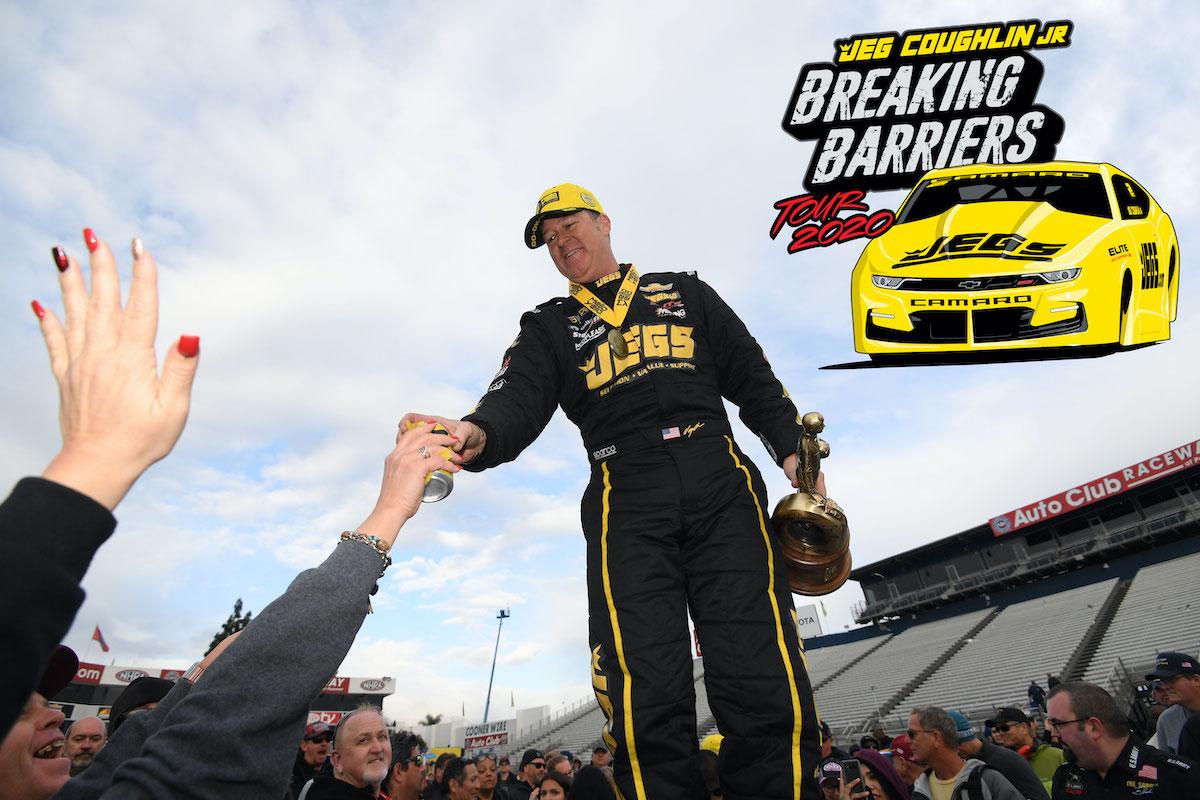 Poker players in Las Vegas like to say all they need to win is a chip and chair. Less than two rounds off the championship lead entering a race that awards points and a half, five-time Pro Stock champion Jeg Coughlin Jr. has more than a single chip to throw in the pot, but in true Glitter Gulch style he still wouldn’t mind a visit from Lady Luck at this weekend’s 20th annual Dodge NHRA Finals.

“This is a final hurrah in many respects,” said Coughlin, who will retire from full-time competition after this event. “There are three of us in the hunt for this championship, two from Elite Motorsports with Erica (Enders) and myself, and I know how much we’d all love to close out with a bang.

“Having two horses in the race is a real credit to everyone at Elite. Richard Freeman (team owner) has put together an incredible group of the very best mechanics, crew chiefs and engine builders in the sport. Hopefully we can finish 1-2 again. Obviously, if you talk to me, I want to be the champ, and if you talk to Erica, she’s anxious to win it as well, but we also root for each other. It’s going to be a lot of fun.”

Both Coughlin and Line find themselves 55 points in arrears to Enders, the reigning and three-time series champion. NHRA officials decided to up the drama by awarding points and a half in Vegas, so there are multiple scenarios where Coughlin can regain the points lead he held earlier this season.

“I’m very excited,” Coughlin said. “I have tremendous faith in the team and I know we’ll be holding nothing back. We’ve got nothing to lose. We’ll need a lucky break along the way but we definitely have a decent chance to get it done if we do our jobs.” 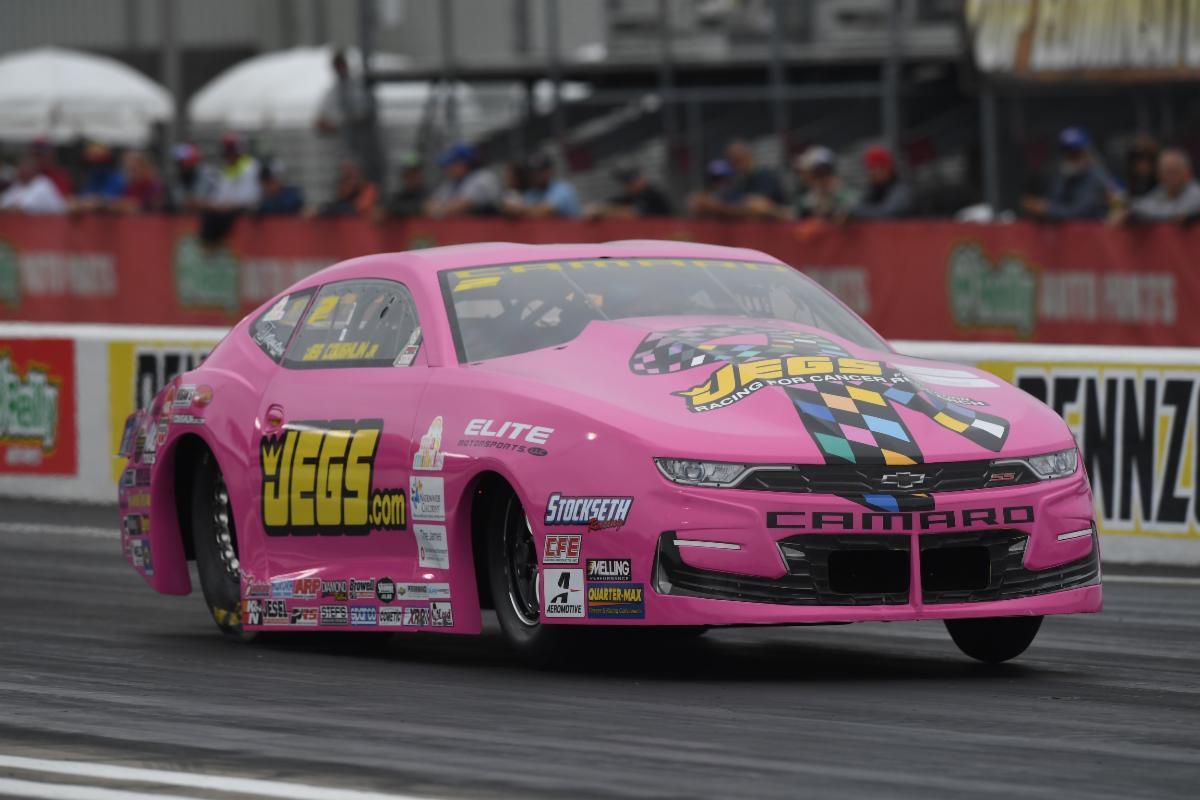 “I’ve reflected back on my 20-plus years in this class a lot in the last 8-9 months, ever since I committed to the decision to step away,” Coughlin said. “I’ve tried to use those collective memories to fuel my drive, and it’s worked out for the most part. We aren’t closing the book for good. We’ll still race occasionally; but at the same time I’m excited about spending a lot more time with my family and at JEGS.

“The thing I’ll miss the most is the fans. Going back to the start of my career when I was racing in the sportsman ranks, they’ve always been so supportive of JEGS and our racing endeavors. There are even half a dozen kids out there named Jeg in our honor, which is just unreal. It shows the true passion of drag racing fans. No matter what happens moving forward, I will always be ready to help the sport grow.”

Acting as a wild card, Coughlin’s teammate and nephew Troy Coughlin Jr. has designs on blocking for his decorated uncle as he concludes his rookie year in the class. Troy Jr. has shown he can handle the job, having raced to the final round of the third Indy race this summer in his JEGS.com Elite Motorsports Ford Mustang.

“If there’s any way I can help Uncle Jeg win the championship I’ll be there,” Troy Jr. said. “Rick (Jones) made some changes after qualifying in Houston and the car responded really well on race day. I know we have the capability to win rounds in Vegas and if we can knock out anyone going against Uncle Jeg, all the better.”