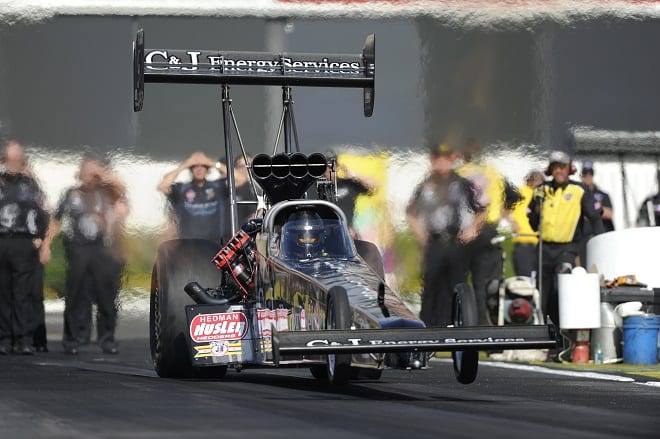 “The chance to put Dave Connolly in the winner’s circle really got my attention,” said McCulloch. “I’ve watched Dave for years and I’m glad someone finally put him behind the wheel of a Top Fuel dragster. He’s been successful in everything he’s driven and he’s going to do the same in Top Fuel. I’m excited for the opportunity to work with Kurt.”

Bob Vandergriff Jr. is happy to have McCulloch on his team. “We’re always looking to make our team better and we think Jason will be a good fit for our program. The addition of Jason will also let us dedicate Joe Barlam to Larry’s car with Mike Guger, so we can have a more concentrated effort on both cars.”

McCulloch, son of NHRA legend, Ed “The Ace” McCulloch, first gained experience working on his father’s team with Larry Minor as team owner. He then spent 6 successful seasons working with Don Schumacher Racing where he was assistant crew-chief to Alan Johnson on the U.S. Army Top Fuel dragster. McCulloch won his first NHRA Top Fuel Championship as crew chief with current BVR driver, Larry Dixon, while both worked for Al-Anabi Racing in 2010.

As for leaving Alan Johnson Racing, McCulloch doesn’t take that lightly. “It is tough to say goodbye after working with someone for 13 years. My opportunities at AJR have ended and there are plenty of talented people in that camp to take care of Shawn’s dragster. I look forward to 2015 with BVR.”