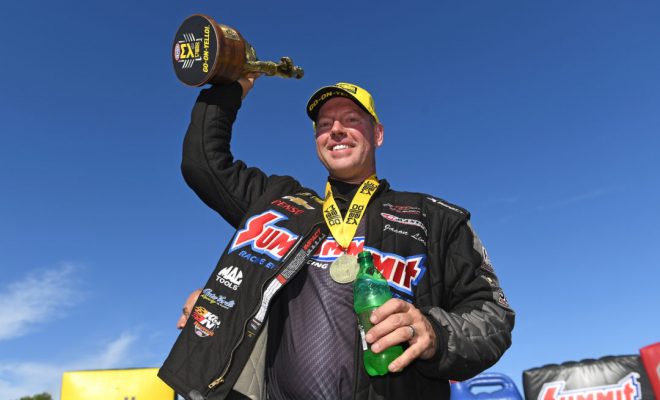 Jason Line chose one heck of a year to retire from Pro Stock driving. After scoring the 50th Pro Stock win of his career in 2019, the same year that he celebrated his 50th birthday, Line decided that the numbers added up right to announce that the 2020 season of NHRA’s Camping World Drag Racing Series would be his last as a driver in the category.

Line was confident in his decision and came into the season with a fire burning in his belly. His Summit Racing Chevrolet Camaro rocketed to the final round at the very first race of the season to make a gigantic statement of intent.

Not even a global pandemic could alter his state of mind, and when NHRA returned to racing after a four-month pause due to the COVID-19 crisis, he was right back in form. Line qualified No. 1 and earned the trophy in Indianapolis, and he has since added two more low qualifier awards and another final round to his stats package. Line is tied at second with Jeg Coughlin Jr. entering the final race of the season, where the “points and a half” format will be applied. He is just 55 back from the top spot held at present by Erica Enders.

This weekend’s Dodge NHRA Finals will take place at The Strip at Las Vegas Motor Speedway, the home track for Las Vegas-based team owners Ken and Judy Black, who have seen the Pro Stock branch of their KB Racing team earn 162 trophies since its inception in 2003. Greg Anderson, who started the team with Black and crew chief Rob Downing, will remain as their driver in 2021.

“It’s hard to believe this is it, the final race,” said Line, who enters the event with 51 Pro Stock wins on record. “I’ve been looking forward to it, but I’ve also been enjoying each of these last few races. It’s been an interesting season, without a doubt, and I’m thankful to have had my family with me so much this year. The circumstances that made that possible weren’t great, but having them with me out here was special.” 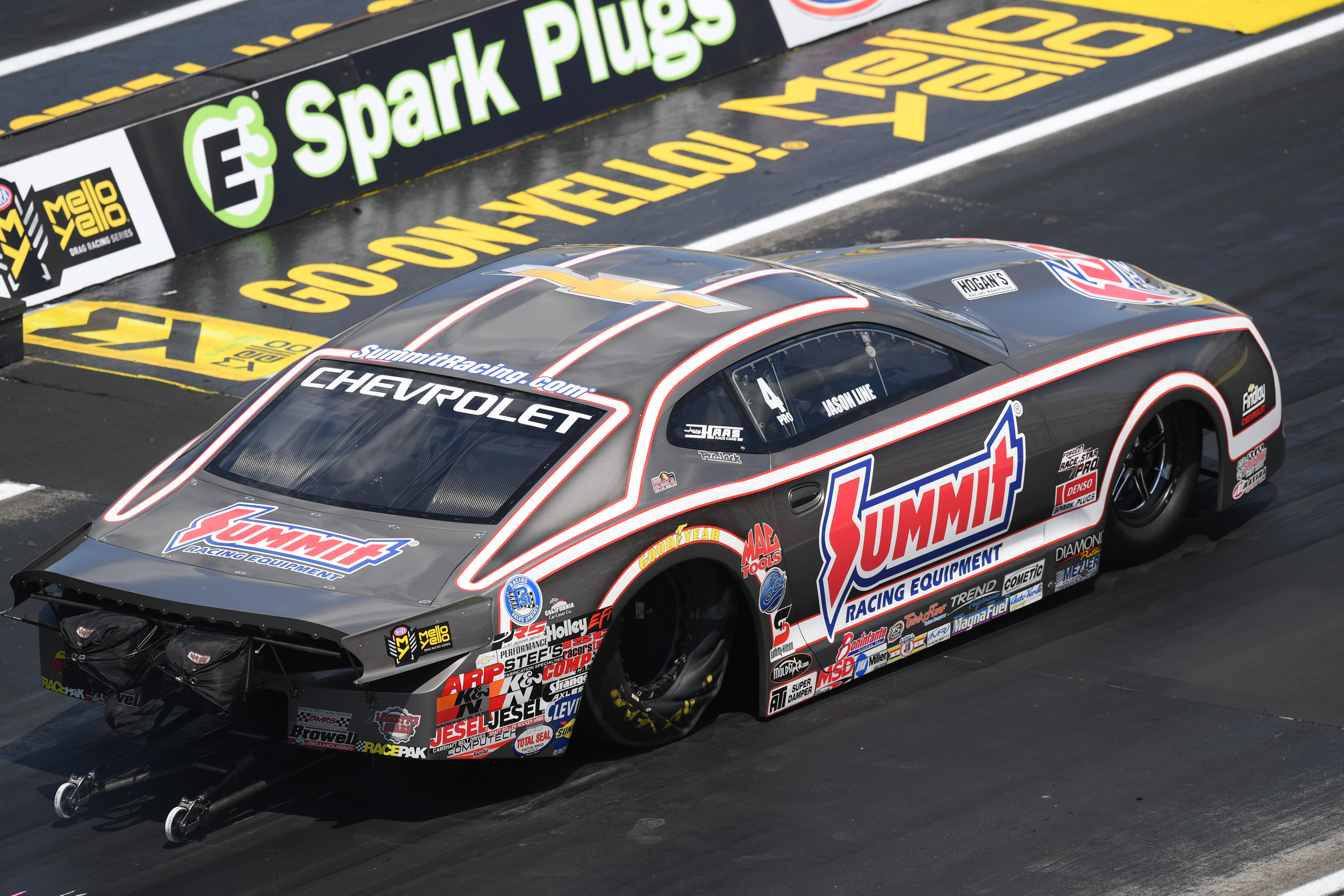 Line’s family, including wife Cindy and children Jack and Emma, will be with him again this weekend as he chases what would be his fourth and final championship as a Pro Stock driver. After earning NHRA Rookie of the Year honors in 2004, he went on to earn the championship titles in 2006, 2011, and 2016 – the first year that Pro Stock was mandated to use electronic fuel injection (EFI) rather than carburetors.

When the curtain drops on this season, it will amount to a little more than half of what the Pro Stock competitors had planned for, in terms of events. Races have been delayed, shaken up, and cut altogether, but to Line, the title certainly wouldn’t have an asterisk by it.

“It’s been a short season, but it hasn’t been an easy season, not by any means,” he said. “Every championship has meaning of its own, and this year, it would certainly mean something different than it ever has before. There’s definitely still a chance to win it with the silver Summit Racing Chevy Camaro, and I would really like that for all of us in this camp, for Ken Black, and for Summit Racing. It would be a nice going away present.”