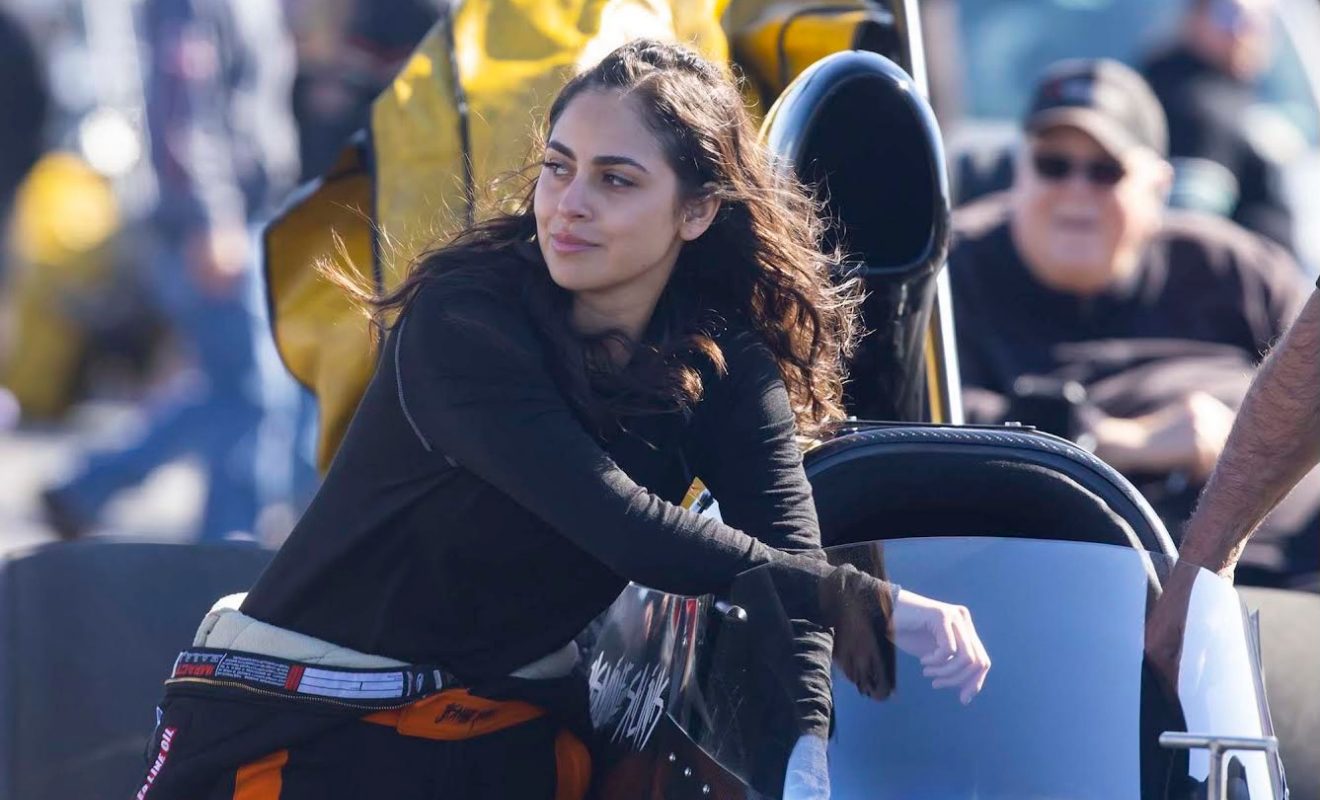 NHRA Lucas Oil Drag Racing Series Top Alcohol Dragster driver Jasmine Salinas walked away with her first national event win today at the 53rd annual Amalie Motor Oil NHRA Gatornationals, one of the most iconic races on the NHRA tour. Due to a weekend of inclement weather, sportsman racing wrapped up on Monday, but that did not deter J. Salinas. Nor did she let a little tire shake stand in her way as she pedaled her way down the track to secure her win.

J. Salinas faced challenging pairings in each round of eliminations but her Scrappers Racing Dragster remained consistent time and time again. She powered her way to the final round with wins against Megan Smith, Tom Fox Jr. and Karen Stalba. Leaving the starting line with a stellar reaction time of .028-seconds, she defeated Julie Nataas in the finals with a pass of 5.598-seconds at 271.02 MPH.

“I want to thank Scrappers Racing, Pep Boys and Valley Services. I’m grateful for Pops (Rich McPhillips Sr.), Richie McPhillips Jr., Andrew Waits, Chris Kirvan, Chris Foster and Jared Parker. These guys gave me a consistent car all weekend and we took each round one run at a time. I’m proud to be a part of this team and get some redemption from last year’s race here.”

In the NHRA Camping World Drag Racing Series, Top Fuel driver Mike Salinas was thrilled to debut a new Pep Boys livery on his car this weekend. He powered his way to the semi-finals in his 11,000-horsepower Scrappers Racing Dragster defeating Krista Baldwin and Doug Kalitta before facing off with No. 1 qualifier Tripp Tatum in the semis. M. Salinas smoked the tires, giving the win to Tatum, who went on to win the entire event.

In an exciting opening round, M. Salinas won the first round of the Pep Boys NHRA Top Fuel Call Out specialty event on Saturday by defeating Shawn Langdon with a powerful pass of 3.709 at 332.10. Due to inclement weather, the final two rounds of the $80,000-to-win race will be completed at the prestigious Dodge Power Brokers U.S. Nationals at Lucas Oil Indianapolis Raceway Park in September. Fellow first-round winner Brittany Force, who had low ET of the round, will choose her semifinals opponent at that time. The other drivers still in the mix are Steve Torrence and Justin Ashley.

“This race was special for me in so many ways, especially getting to see my daughter in the winners circle,” said M. Salinas. “It was also an honor to have Pep Boys on the side of my car during the Pep Boys NHRA Top Fuel Call Out. To get the first round win in an event that’s never been done before in NHRA – those are the milestone moments we love. This is definitely a Gatornationals we will never forget. I’m so grateful to share it with everyone at Scrappers Racing.”

The next stop for the Scrappers Racing team will be the NHRA Four-Wide Nationals at The Strip at Las Vegas Motor Speedway in Las Vegas, April 1-3.