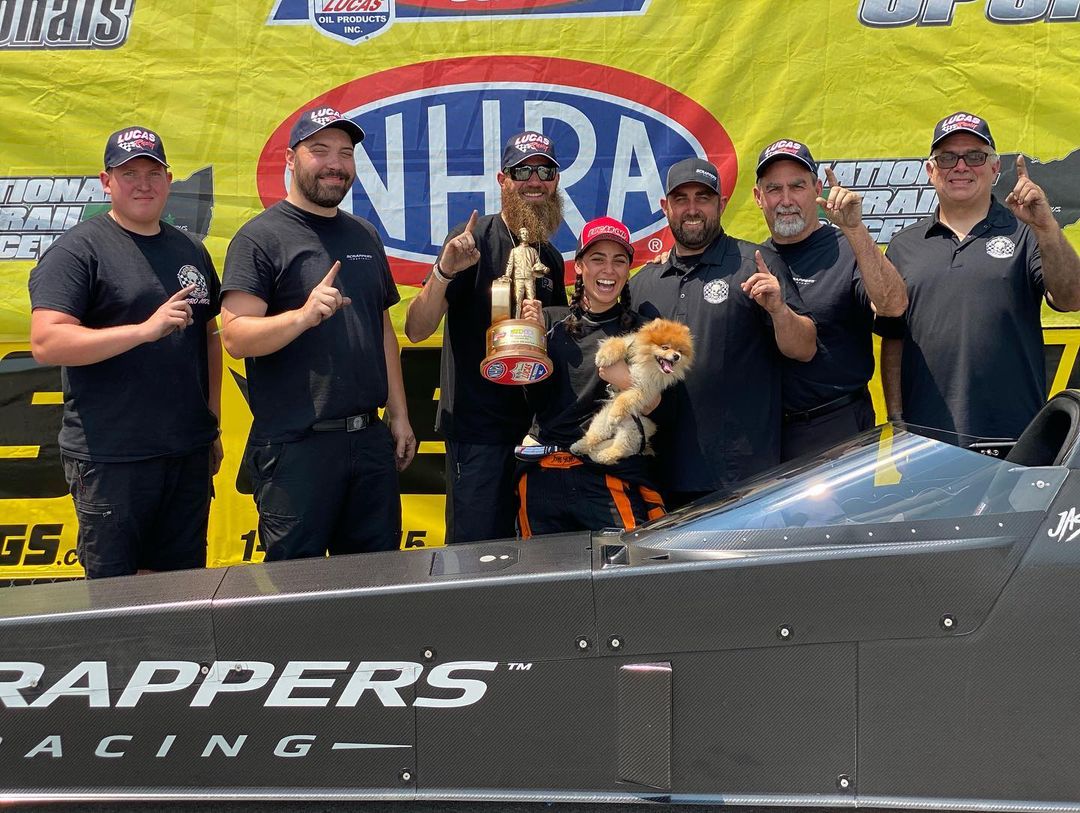 Salinas celebrated her first win on Sunday in the class, with her team and her family was cheering her on all weekend from Bandimere Speedway. Since she races on the Lucas Oil Series circuit, Ja. Salinas attends regional Events in the Midwest to compete for the Division 3 Championship. These races occasionally fall on the same weekend that her father, Mike, and sister, Jianna, are competing at in Top Fuel and Pro Stock Motorcycle, respectively.

“Everyone’s first win is always special, but this one means a little more to our team,” Salinas said. “This win represents all the hard work, passion, and dedication that our team has put in over the past few months. We have all had to overcome a lot since Gainesville, but it only motivated us to come back stronger and hungrier as a team. Even though my family was not physically there with me this weekend, I know they were still watching and cheering us on. This just means we all get to celebrate with ice cream once I’m back home next week.

“It was really special to get my first win running against Richie. I would not have had it any other way. Pops (Rich Sr.) had his two cars in the final round so I think that made for a special birthday present to him,” Jasmine commented about racing against the McPhillips’ family car. “Thank you to Pops, Richie, Tex and Chris.”