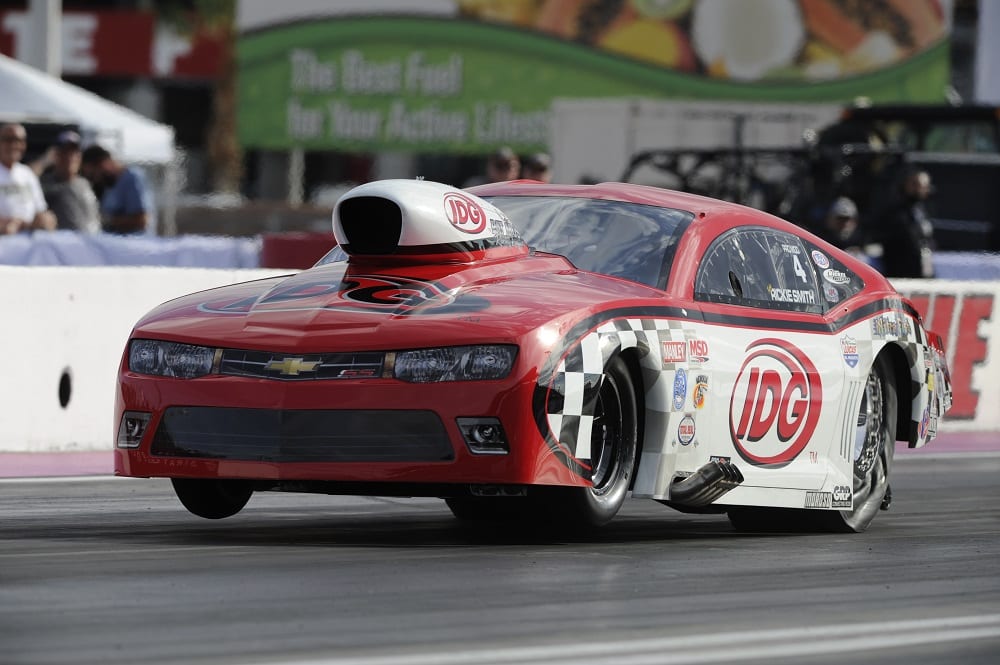 NHRA officials announced today that the 12th additional race for the J&A Service Pro Mod Drag Racing Series will be contested at the NHRA Kansas Nationals at Heartland Park Topeka, May 19-21.

J&A Service, a leader in oil and gas well-servicing exploration, had signed an agreement to extend their series sponsorship of the wildly popular NHRA Pro Mod Drag Racing Series earlier this year. Along with the sponsorship extension it was announced the 2017 racing schedule would add two new events to expand to 12 for the coming season.

“We could not be more excited to have the J&A Pro Mod Series participating at the 2017 Kansas Nationals,” said Heartland Park President Scott Gardner. “They bring a unique aspect to the event that our fans will truly appreciate.”

Featuring the world’s fastest and most unique doorslammer race cars, the NHRA J&A Service Pro Mod Drag Racing Series offers something for every kind of hot-rodding enthusiast. The class is highlighted by historic muscle cars, like ’67 Mustangs, ’68 Firebirds and ’69 Camaros, as well as a variety of late model American muscle cars. With more than 3,000 horsepower, Pro Mod cars travel the quarter-mile in less than six seconds at speeds exceeding 250 mph.