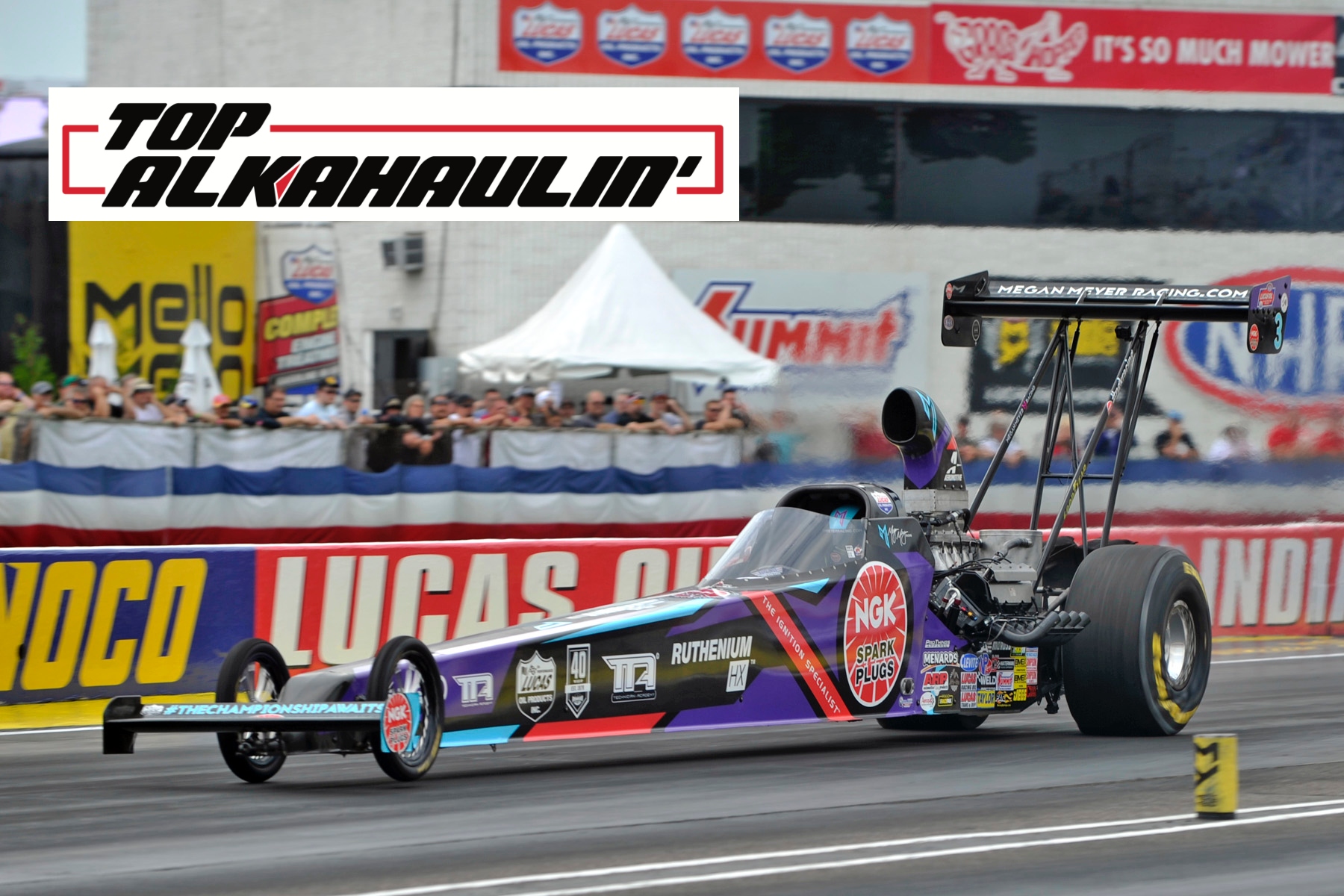 After spending a year promoting the NHRA Top Alcohol classes on social media, InsideTopAlcohol’s Will Hanna is launching a new project – Top Alkahaulin’.  The show will feature the stars of the Top Alcohol categories by following two teams through a race weekend.  Episode 1 will debut this Thursday at 7 p.m. CST on YouTube and Facebook Watch.

Episode 1 was shot at the Chevrolet Performance U.S. Nationals at Lucas Oil Raceway in Indianapolis and followed 2019 Top Alcohol Dragster Champion Megan Meyer and 2017 Top Alcohol Funny Car Champion Shane Westerfield through their weekend.  Both racers were locked in tight points battles for the Championship going into the biggest race of the year.

“I have always thought the Top Alcohol classes have some great personalities,” said Hanna.  “What I’ve seen this year promoting the classes on InsideTopAlcohol’s social media pages is fans love these cars and teams.  There are real people racing real fast cars on a real big stage.

“With the Top Alcohol classes, you can see the results, watch the results on the Fox Sports coverage, but you don’t really get to see or know the backstory,” Hanna continued.  “We introduce the teams and follow them round by round as the weekend goes on.  We not only talk to the drivers but the tuners and crew to get multiple perspectives.  The 2019 Top Alcohol World Championship battles were some of the best we’ve seen in years.  We were able to follow the contenders as it happened.”

Hanna looks forward to producing an episode for each of the 16 NHRA National events the Top Alcohol classes are competing at, plus a few more events.

“I’ve received a lot of support from everyone since we started promoting the concept,” commented Hanna.  “The plan right now is to try to get to all of the NHRA National events that Top Alcohol is at, then some of the heavily promoted regional events like the Jegs SportsNationals, Cavalcade of Stars and the LoneStar Nationals.

“This would be nothing more than an idea if it wasn’t for the support NHRA has given me,” added Hanna.  “Jessica Hatcher-Scantlin (Senior Director of Public Relations and Communications) has believed in the concept since it was discussed.  Without NHRA’s cooperation on this, I wouldn’t be able to put something like this together.  They say, ‘a rising tide lifts all boats,’ and I think this is an example where working together can help better NHRA Drag Racing.”

Top Alkahaulin’ can be viewed on the following channels: