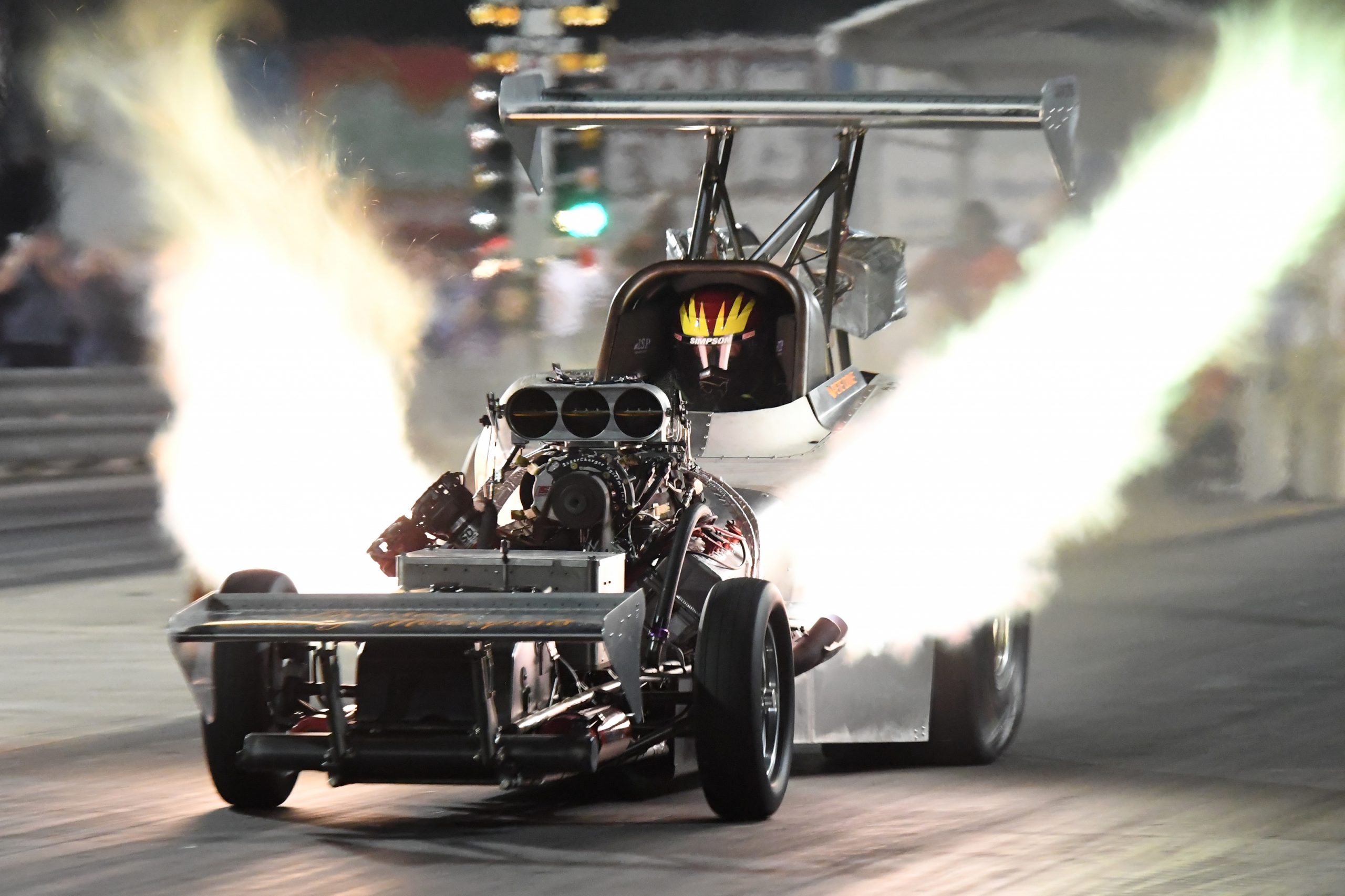 Tally up another white-knuckle, never-been-done-before drag racing creation from the fearless mind of promoter Chris Graves as the announcement was made this fall in a partnership with Gerald Kramer and Iowa’s Eddyville Raceway Park to host the Inaugural Nitro Chaos event, set for July 30-31. From the red-hot Funny Car Chaos series to the thrilling Pro Mod vs. Fuel Altered Showdown event in Texas each summer, Graves adds another unique entertainment-minded drag race to the calendar for next year at a facility known for its nitro-themed spectator draw. It’s an all-nitro affair and it should be thrilling as the ‘run whatcha’ brung’ format from Funny Car Chaos is carried into this event with only one rule, you must run a minimum of 80% nitromethane in the fuel tank.

“I’ve had this race outlined on paper for a few years, but couldn’t find the time to dive into making it happen,” Graves said. “Gerald Kramer (owner of Eddyville Raceway Park) called one day this summer about doing a similar event and I said, ‘take a look at this’ and thirty minutes later we had a deal. A well-managed facility is critical to an event’s success. Gerald and his son Kyle and the team at ERP bring years of experience to the table which made this decision an easy one. We get requests all the time from racers wanting to add a class for their style car to the Funny Car Chaos series, but that takes a lot more than most realize. This event caters to anything, and we mean ANYTHING, on nitro! Fuel altereds, funny cars, rear engine dragsters, front engine dragsters, door slammers, whatever. If its tippin’ 80% or better in the tank, its game on at Nitro Chaos.”

With the spectators in mind, Graves and Kramer feel the draw of an all-nitro heads-up event will be sure to satisfy the crowd with two days of unpredictable heads-up drag racing action. Eddyville Raceway Park is located right in the heart of the Midwest and with a $30,000 guaranteed purse and $10,000 going to the winner of the Spell Paving Services ‘A’ field, racers have taken big interest in the five-figure pay day up for grabs. With the racers in mind, the pay is strong and spans across all sixteen cars that qualify for the ‘A’ and ‘B’ eight car ladders as the proven Funny Car Chaos race format will be used for this event. Sixteen will qualify, two will win their class, one will score $10,000.

“The Midwest is packed with nitro burners of all kinds, modern and nostalgia style,” Graves said. “The ‘A’ and ‘B’ fields will create two ladders comprised of like performing cars after three qualifying rounds. Nitro cars must be showcased appropriately, thus we will have two nighttime qualifying sessions under the lights on Friday night. We’ll have big flames, burnout smoke filling the sky, pipes will be cacklin’ on all eight. This is a show, not just a drag race. A final qualifying session will be held Saturday afternoon before we pair them up and let the battle begin, concluding the finals Saturday night back under the lights.” 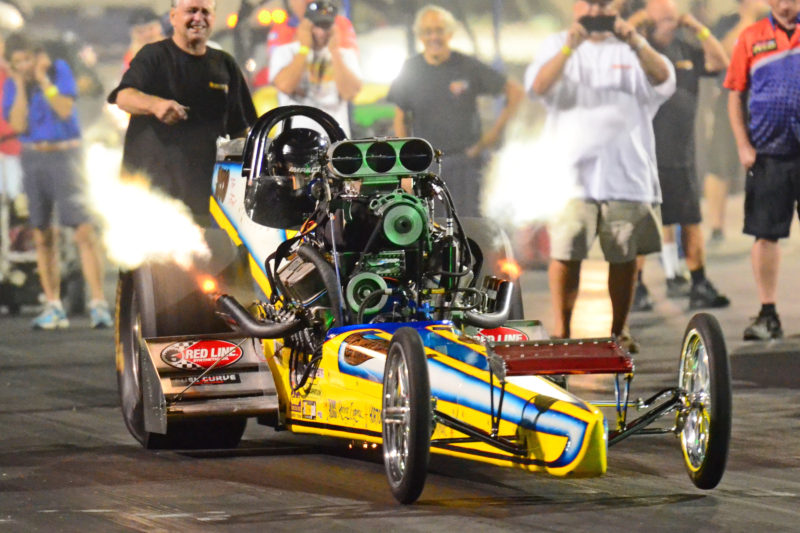 Opening in 1965, Eddyville Raceway Park has kept a tradition of packing the stands for exhibition events that have become a staple to their annual event schedule including the Night of Fire and World Fuel Altered Nationals. Funny Car Chaos was added to the line-up in 2020 and despite big obstacles due to the pandemic, still delivered a successful debut. Nitro Chaos will highlight a busy season for the Kramer family who are also the hosts of the 2021 IHRA Midwest Summit Team Finals and much more. Recent facility improvements over the past four to five years include well over six figures invested in an all new concrete racing surface, repaving and improvements to the shutdown area, a new track scrubber, added feature car parking areas and more. News could come soon of another major improvement that could be completed by the start of the 2021 season.

“This is a great facility for the inaugural Nitro Chaos event to take place,” Graves emphasized. “The enthusiastic fans and homey atmosphere there set the perfect stage for this race. The eighth mile at Eddyville can hold plenty of power, I’ve seen plenty of deep three second runs there, but don’t expect tire rotators and eight drums of traction compound you’ll find at the big show. The track will be consistent and fast, but that old school tuning approach will play a factor in who’s taking home $10,000. Getting back to the grassroots of drag racing is what we do at Chaos events. Half-track burnouts and nitro flames belching from the pipes at night at your hometown track with your family and a foot long corn dog, it just doesn’t get any better than that. We’ve got lots of things planned including special guest celebrity racer appearances, simultaneous warm-ups in the pits, etc. Get ready nitro fans, this one is for you!” 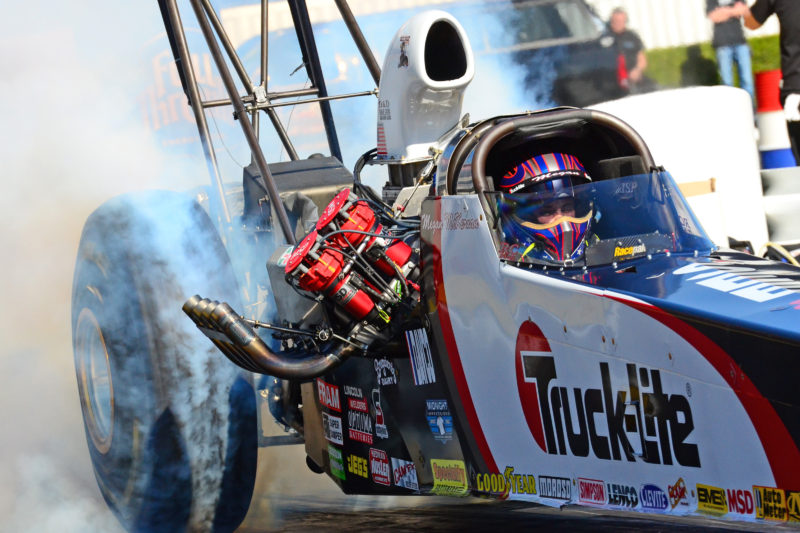 “This is exactly what racers need right now, something new and fun that pays well and gives a wide variety of cars a place to compete,” said Joey Haas, Top Fuel pilot and multi-time Funny Car Chaos finalis. “Fans are going to get one hell of a show at an affordable ticket price and experience something they won’t find anywhere else in the world. This is the ultimate destination for anyone who loves nitro cars. It’s going to be a historic header flame filled weekend for everyone. I know I’ll be there!”

Mark your calendars, folks! The inaugural Nitro Chaos drag race is sure to delivery plenty of excitement July 30 and 31 at Eddyville Raceway Park. Fans and racers can find out more on the Nitro Chaos Facebook page or website www.nitrochaos.com.