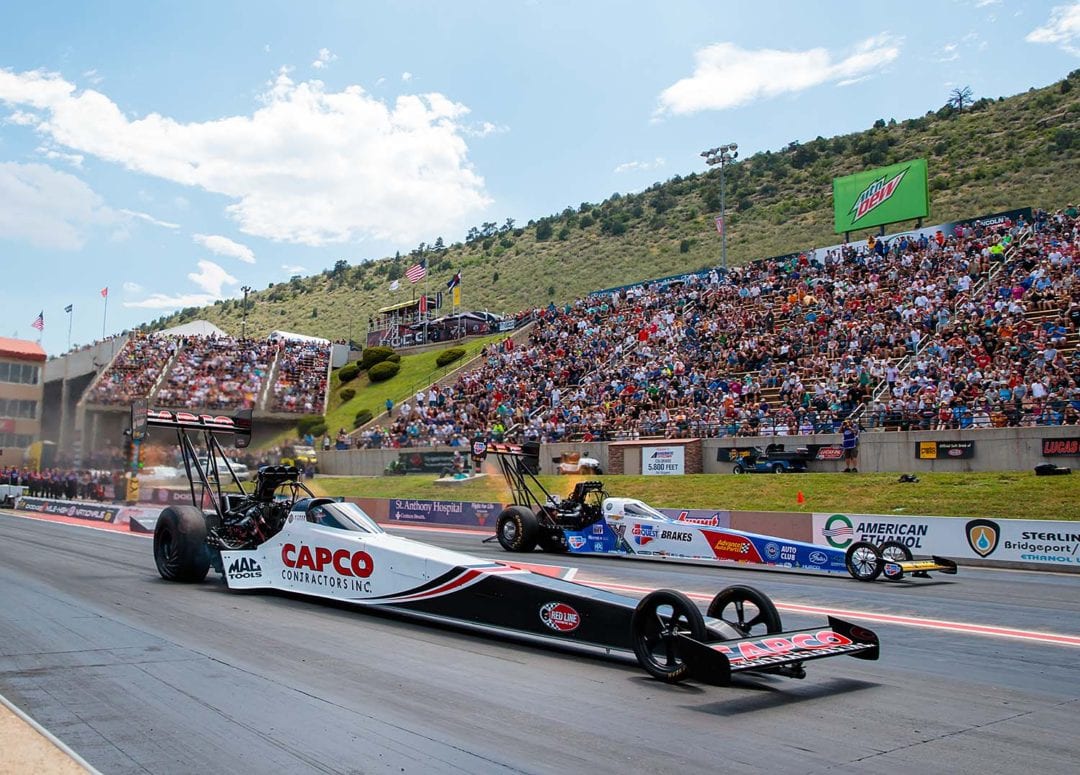 Steve Torrence knows how difficult it is to sweep the Western Swing, the three-races-in-three-weeks test that began last week at mile-high Bandimere Speedway and continues at sea level with the 31st running of the Sonoma Nationals beginning Friday at Sonoma Raceway.

Since Denver, Sonoma and Seattle first were contested back-to-back-to-back in 1989, only seven drivers have managed to win all three events in the same season and no one has done so since Antron Brown in 2009. The success rate for the Western Swing (seven sweeps in 90 attempts) is poorer than that for thoroughbred horse racing’s Triple Crown (13 successes in 145 years).

That said, Torrence knows that he never may have a better shot at joining a very exclusive fraternity composed of Brown, Tony Schumacher, Larry Dixon, Cory McClenathan, Joe Amato, John Force and Greg Anderson than he does right now.

A convincing winner at last week’s Dodge Mile-High Nationals, an event in which he qualified No. 1, posted the quickest time of eliminations and set a track speed record, the talented Texan will be the prohibitive favorite on Sunday whether he qualifies his Capco Contractors dragster No. 1, No. 16 or somewhere in between.

It really doesn’t seem to matter. The 36-year-old cancer survivor already has won this season from the No. 1, No. 2, No. 3, No. 4, No. 5, No. 6 and No. 9 qualifying positions. Moreover, he rolls into wine country having raced in nine consecutive final rounds and having won 14 of the previous 20 events in the Mello Yello series dating back to his sweep of last fall’s six-race Countdown.

“It doesn’t make any difference where we qualify,” said the runaway point leader. “I know on race day, Richard Hogan, Bobby Lagana (Jr.) and these Capco boys are gonna give me a car that can win regardless of the conditions and regardless of the competition. All I can do is screw it up and I’ve been trying my best not to do that. It’s a very humbling experience to be the guy mashing the pedal on a car this good.”

Torrence, whose Denver victory tied him with drag racing legend “Big Daddy” Don Garlits for eighth place in career Top Fuel wins with 35, will be re-joined this week by his dad Billy who, after a brief respite, returns to the cockpit of the second Capco Contractors dragster looking for his third win in the last 12 months.