“We are pleased to welcome Bill Stephens, a respected broadcaster, into our IHRA Nitro Jam family,” said IHRA President Scott Gardner. “His talent, broadcast style, wealth of experience and intense knowledge of motorsports will add much to the quality of our IHRA Nitro Jam events, both at the track and on our live Internet feeds.” 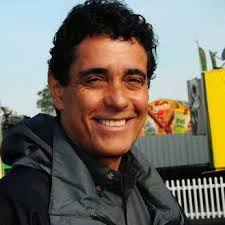 “This is a truly outstanding opportunity for me in large part because of the tremendous game plan the IHRA has developed,” says Stephens. “It’s completely devoted to giving their fans a racing experience unlike any other in the motorsports world. President Scott Gardner and his team including Skooter Peaco, Jason Rittenberry and Steve Cole have truly stepped up the energy and excitement at the IHRA and it’s a thrill to be coming onboard.”

Stephens will join the IHRA team at the April 17-18 IHRA Nitro Jam Southern Nationals at Bradenton (Fla.) Motorsports Park. Follow Stephens on Twitter at @UltgarageBill and online at www.ult-garage.com.