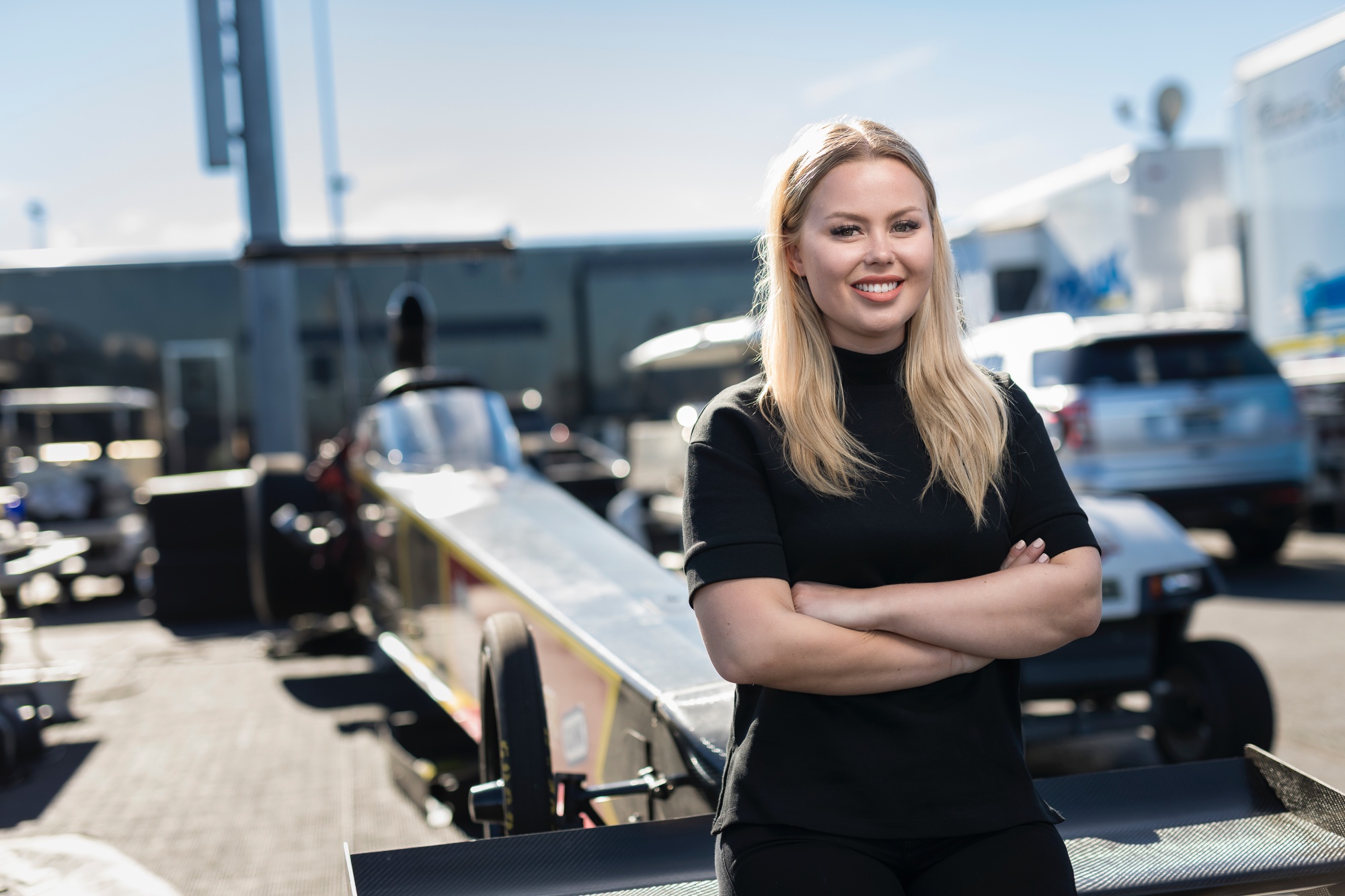 The first step to Julie Nataas getting noticed in the United States drag racing scene was networking, something she did immediately upon taking the leap from Norway to America in 2015.

She talks matter-of-factly about it now, but putting herself out there was no easy task. “I was afraid to just start talking with people and I still am,” Nataas admits.

It’s a tremendous tale of facing fears head-on to live out your dreams and Nataas is in the midst of that right now. She enters 2019 ready for her first full season in Top Alcohol Dragster driving for Randy Meyer Racing. Nataas has 15 races scheduled “so far” for this year after competing in 10 a year ago while she finished her college degree in marketing at Antioch University in Santa Barbara, California.

A one-year trial run in America is now going on its fifth year and Nataas has no plans of slowing down. She’s working for Meyer as a marketing assistant and has grand plans to one day run in Top Fuel or Funny Car.

But her immediate goal in 2019? Grab her first career Top Alcohol Dragster victory after a string of near-misses and runner-up finishes, including at the Las Vegas four-wide race and the NHRA World Finals in 2017.

“I’ve been close like six times now,” Nataas says. “I feel like this must be the year. I definitely feel like a better driver, more experience and I feel more comfortable in the car. I know that first win is going to come.”

Nataas dabbled in other forms of racing, but she kept coming back to drag racing and after graduating high school, she took the bold leap to Santa Barbara.

“I moved to America with racing in my mind. It’s something I wanted to do full-time,” Nataas says. “When I moved here, my plan was only to stay for a year and then see what happens. But after a year, I didn’t want to go back to Norway.” 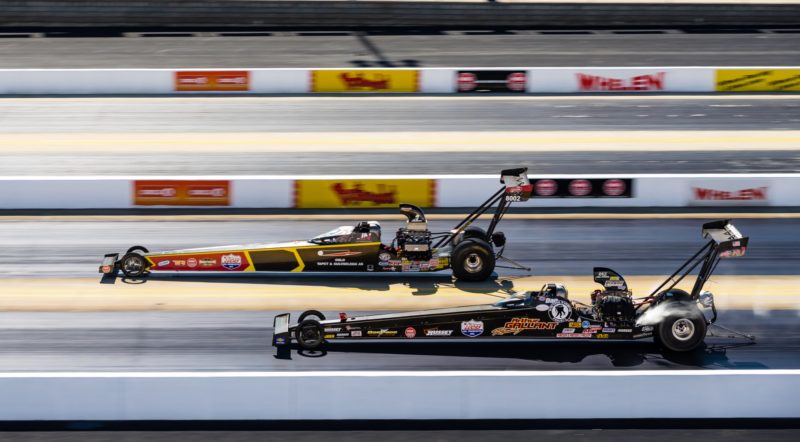 Nataas admitted it was a difficult first six months as she uprooted her life across the world. Going to races and trying to network was daunting, but Nataas was motivated to make her dream a reality.

She credits fellow European friend Jonnie Lindberg, who currently stars in NHRA Funny Car, for introducing her to Meyer, and Nataas jumped at the opportunity, even as she was nervous racing without her father around. But it’s turned into a perfect match, as Nataas has shown her talent while Meyer has already had a tremendous impact in her career.

“They’ve really taken me under their wing and I feel part of the whole family,” Nataas says. “I’ve been really happy racing with them. When I started with them, for some reason I felt really comfortable. They’ve treated me like family.”

With an ideal comfort level established, Nataas has been able to thrive as a driver, posting career-bests of 5.11 at 280 mph, all while balancing school and racing. Having graduated last September, Nataas’ focus is now on driving and grabbing wins, leaning on Meyer’s long history of expertise and teaching.

Nataas has also meshed well with Meyer’s daughters, Megan and Rachel, who have enjoyed successful careers in the TAD ranks as well.

“If I have a question I can go to any of them, and Randy has taught me a lot of things to improve my reaction times,” Nataas offers. “I had good reaction times in Europe, but it’s a different car here. He’s really helped me to focus in the car. It’s been a perfect fit.”

Nataas, though, isn’t done dreaming. Her ultimate dream was once competing in NHRA Top Fuel, but after watching Lindberg in Funny Car, Nataas said she would be open to that class as well. She hopes to get her license in the next couple of years, continuing to serve as an inspiration to her fans in Europe. Nataas has encouraged more to take the chance she did, but not many may be able to match her drive and determination.

With her marketing degree and social media skills, she’s shown savvy on and off the track. Most importantly, though, she’s shown the penchant to compete on the highest level and Nataas isn’t afraid of whatever challenge lies in her path.

“This is what I’ve dreamed about and it’s so cool,” Nataas says. “My goal has always been to compete and race for a championship in a Top Fuel dragster, but I’m open to be in a Funny Car, too. I know it’s hard, but this is my goal, my dream.”