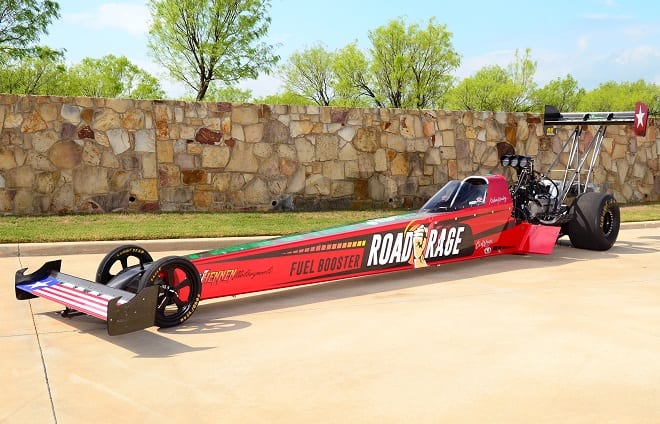 The Hennen Motorsports Top Fuel Dragster team and driver Kebin Kinsley are fired up for their NHRA Mello Yello Drag Racing Series 2016 season debut at Royal Purple Raceway in Houston, Texas on April 29-May 1st for the NHRA Spring Nationals. Adding to the excitement is the news of their new-look ROAD RAGE Fuel Booster dragster, the new title sponsor for the team this season. Kicking off the year in his home state, Kinsley is very excited about getting back behind the wheel and mixing it up with his fellow Top Fuel racers in Texas. 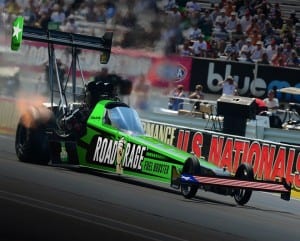 “We are thrilled to welcome ROAD RAGE Fuel Booster to the Hennen Motorsports team and can’t wait to get on the track in Houston next weekend. The attitude, confidence and aggressiveness of the ROAD RAGE brand is exactly what this sport needs. Our team has steadily been improving since our Top Fuel debut in 2014 and with John ‘Bodie’ Smith returning as crew chief, we feel confident we will repeat our performance from last year by qualifying for a spot on Sunday and hopefully earning our first round win in competition. Team owner Roger Hennen has provided us with the equipment and parts we need to run strong and hang with the full time teams and that’s our plan,” says Kinsley.

ROAD RAGE Fuel Booster is a virtual shot of adrenaline for gas and diesel engines. Using proprietary nano-catalyst technology, ROAD RAGE Fuel Booster simultaneously produces higher horsepower and increased fuel efficiency. It accomplishes this by lowering the ignition point of the fuel in the system, allowing each cylinder to fire faster and more energy to be released with every stroke of the pistons.

With serious swagger and a devil-may-care approach to its language, ROAD RAGE Fuel Booster intends to hit the market like a hurricane breaking shore – and to leave a trail of wreckage in regards to the competition. “We didn’t come here to take second place; that’s the first loser. We came here to kick ass, take names and win trophies” says Charles Smith, President of ROAD RAGE Fuel Booster. 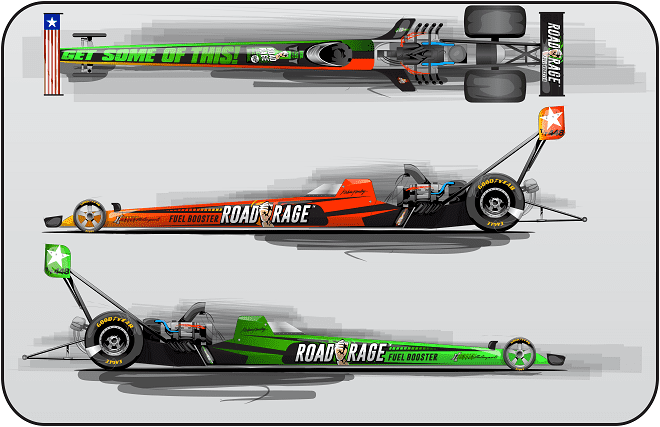