“We’ve never raced at Bradenton before, but I’ve always heard such great things about the track and the fans there and I’ve always wanted to see it for myself,” Haney said. “And what better way to do that than go support the NMCA and get better prepared for our own Mid-West Pro Mod Series (MWPMS) season opener later next month in Dallas?”

Haney, who owns and promotes MWPMS, also wants to demonstrate how easy and seamless it is for Mid-West Series and NMCA racers to compete with either organization.

“A lot of people don’t know that we worked real close with NMCA Tech Director Roger Conley, and their general manager, Rollie Miller, to try and make sure that we came up the same kind of rules package, so all these racers can build a car and come run either series,” he said.

“They don’t have to go change anything to go from one series to the next. And we worked real close together to make sure we weren’t on top of each other’s race dates this year, too. So I encourage any Mid-West Series racers to go race with NMCA when they’re not racing with us and I invite any of the NMCA regulars to come over and give our series a try. It’s all about giving the racers options.” 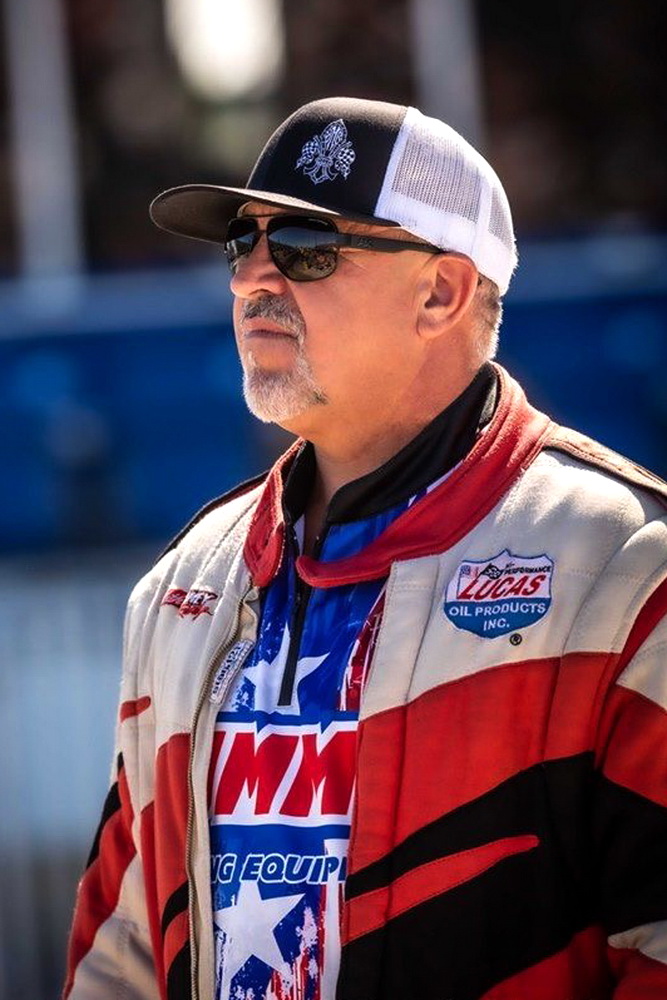 “We only had three races with the new car and never really got it to where we wanted it last year. We had planned to test quite a bit early this year at Tulsa Raceway Park, which I co-own with my good friend Todd Martin, but the weather in Oklahoma hasn’t been too favorable,” Haney explained.

“A lot of rain, lot of snow, a lot of ice. Or one day it’s cold and the next day it’s hot. We could never really get the track to where we want it, where we need it. So, we’ve decided to head to Bradenton where I know track owner Victor Alvarez makes sure there’s always a great racing surface, so we can get a good handle on things for this year and hopefully hurt some feelings along the way.”

Haney said he’s also happy to confirm the return of crew chief Brandon Switzer this year to call the shots for Keith Haney Racing, with Shane Goodnight, Dale Hancock and Cale Hancock making up the rest of his trackside crew, while longtime girlfriend Misty Hayes provides extra help to the team’s marketing partners.

“You know, we have such great sponsors, including Summit Racing, Strange Engineering, RacingJunk.com, and of course Lucas Oil, who I think we’re going into our 12th year together now. From the race car to the toter to the generators, we don’t run anything without Lucas Oil products.”

And though he’s focused on going Pro Mod racing for the time being, Haney hinted there may be some drag radial-related news coming soon, too. He admitted he’s been concentrating on business matters during the off season, but promised his radial-racing fans that should all be settled shortly and big changes may come soon.

“I’ve been quiet. It’s not the normal Keith Haney that talks a lot of crap online and gets everybody riled up and I’ve been a little quiet. But I promise I’m coming back,” he said. “There’s something coming for everybody for sure. Just remember, the one thing Keith Haney does is he always does something outside the box.”

For now, though, the outspoken new car dealer from Tulsa remains focused on taking down the best the NMCA has to offer on the Bradenton eighth mile.