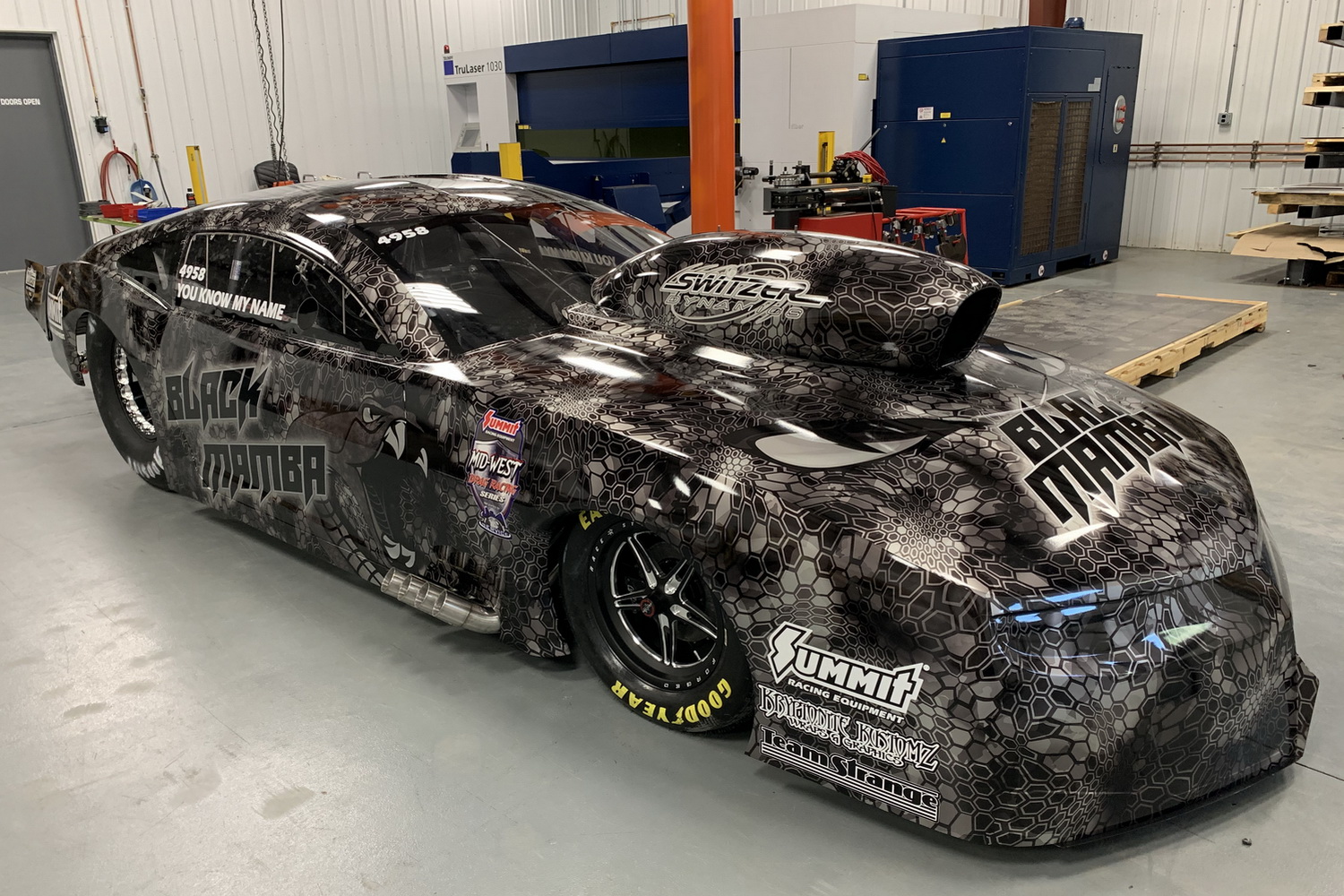 Haney escaped unscathed from a fiery, upside-down crash in his 2019 “Black Mamba” Camaro while competing in the NMCA Pro Mod semi-finals at Florida’s Bradenton Motorsports Park.

“We actually won the round, but when you wreck the car you really lost the round. I told my guys later that I ‘Ricky Bobbied’ it,” Haney joked. “But Jerry Bickel Race Cars (JBRC) built me a great car that kept me safe and they rebuilt it even better. It’s basically a brand-spankin’-new car again and Jerry said it’s actually the lightest car ever to come out of his shop.

“As you can see in a very cool video shot by Kyle Christ of Straight Line Media, the Black Mamba looks great, too, thanks to Chris Davis and his team at Kryptonite Kustomz, absolutely the best wrap company in the business. Kryptonite printed the wrap at their shop here in Oklahoma, then Chris sent one of his guys up to Bickel’s shop in Missouri to cut and install it so the car was ready to go when it rolled out the door. From there it headed straight to my teammate and great friend Jim Sackuvich’s shop where we could pick it up on our way to the track. 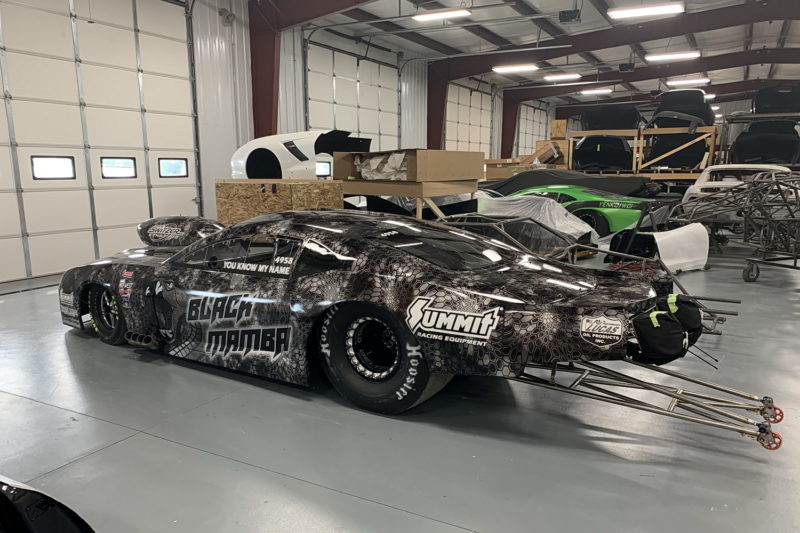 “And of course we’ll be back with that awesome Pat Musi horsepower, so the rest of those Mid-West Series guys better be ready for us coming back because I’m ready to take away some of those points they’ve been collecting for myself.

“Plus, I want to get out there just to thank all my great sponsors for sticking with me not only through the years, but while waiting for this rebuild to happen. I honestly could not be out there without the support of Summit Racing Equipment (Jim Greenleaf), Lucas Oil Products (Tom Bogner), RacingJunk.com (Jim Sweener), Strange Engineering (Jeff Stange) and of course, my awesome crew chief Brandon Switzer and Switzer Dynamics.”

Haney will test his rebuilt ride at US 131 Motorsports Park this Wednesday and Thursday before entering qualifying and eliminations on Friday and Saturday. With the Michigan event being a unique double points event for the MWDRS, he expects to even become a factor in the 2020 Pro Mod championship chase.

“It’s 280 points available up there and after that we finish up with the Mid-West Drag Racing Series World Finals in Tulsa. It might be a long shot, but I want to win Martin, I want to win Virginia, and then when Tulsa rolls around you know where I’m going, I want to win there, too,” Haney declared. “And then I’ve got a couple more races up my sleeve for later on. But you don’t want to spill the beans on everything right up front.”

Once the MWDRS event in Michigan wraps up, the Keith Haney Racing crew, including father-and-son teammates Dale and Cale Hancock, Steve Cooks and Shane Goodnight will pack up, have the team motorhome serviced at nearby NRC Modifications in Middlebury, IN, then immediately head south to Virginia Motorsports Park and the Shakedown Nationals.

“We’ve been sidelined for six months, but it gave me a chance to really see what goes on at each of our Mid-West Series events and get to know a lot of our racers a lot better,” said Haney, a past MWDRS Pro Mod world champion who also owns and promotes the all-eighth-mile, Tulsa-based series.

“But my guys and Ellen (Eschenbacher, MWDRS events director), and my lady and better half, Misty Hayes, who I really have to thank for putting up with all my ups and downs while not racing, they all said I’m too involved and I need to get back in my car.

“And they’re right. I miss the trash talking, the calling out of people and things like that. I’m really just looking forward to getting back in the car to start hurting some feelings and taking some winner’s circle pictures again.”