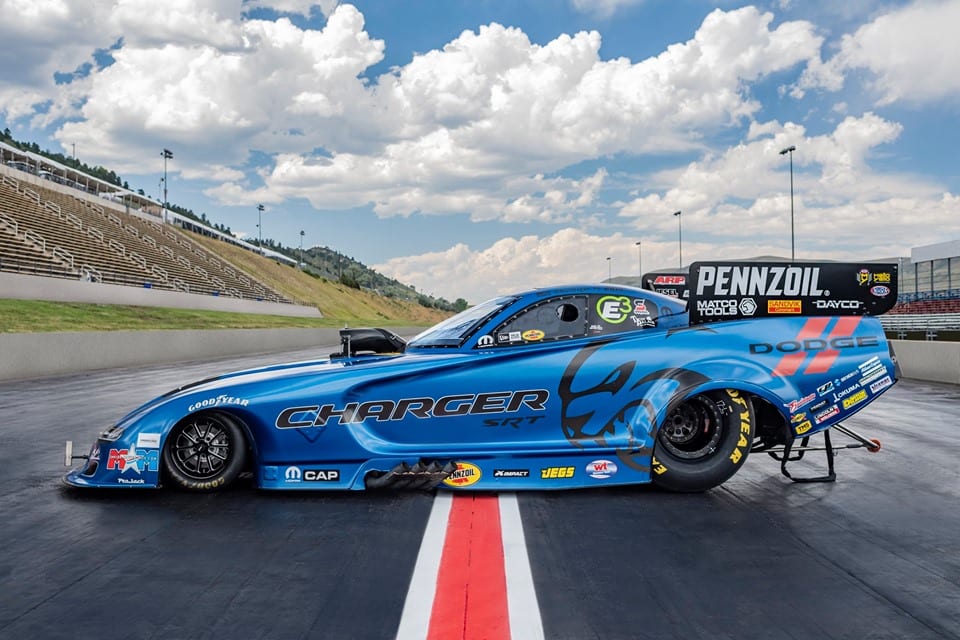 The Widebody Package, first announced by Dodge//SRT in late June, is standard on the Charger SRT Hellcat and also available on the Dodge Charger Scat Pack. Powered by the 6.2-liter HEMI® Hellcat V-8 engine, the production version of the 2020 Dodge Charger SRT Hellcat Widebody boasts a best-in-class 707 horsepower and 650 lb.-ft. of torque and delivers a top speed of 196 miles per hour (mph), maintaining its reign as the most powerful and fastest mass-produced sedan in the world.

“NHRA fans are passionate about power and performance, so we decided to transform Matt Hagan’s Funny Car into a HEMI-powered showcase for our new Dodge Charger SRT Hellcat Widebody,” said Tim Kuniskis, Global Head of Alfa Romeo and Head of Passenger Cars – Dodge, SRT, Chrysler and FIAT, FCA – North America. “At Dodge, we push the envelope, but even we couldn’t get this one approved, so, for now Matt Hagan has the only Charger SRT Hellcat Widebody that has more than 707 horsepower.”

“Last year, I had the honor of debuting the Mopar Dodge Charger SRT Hellcat Funny Car body at Denver, and it’s cool to be able to follow that up this year by revealing new Charger SRT Hellcat Widebody graphics,” said Hagan, a two-time NHRA Funny Car champion, who has raced in a Dodge Funny Car for his entire 10-year-plus career. “The graphics really mimic the flared appearance of the Charger Widebody, and I think fans are going to dig the look. It’s great having a sponsor like Dodge//SRT, a brand that is really committed to using NHRA to outreach to the performance enthusiasts who fuel our sport.” 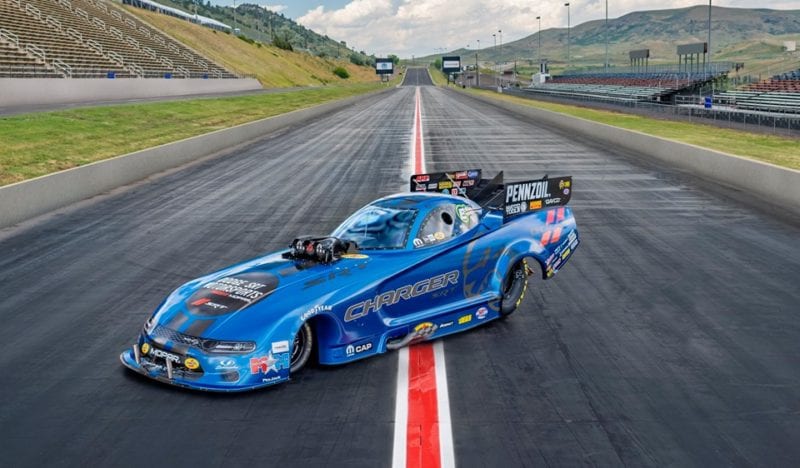