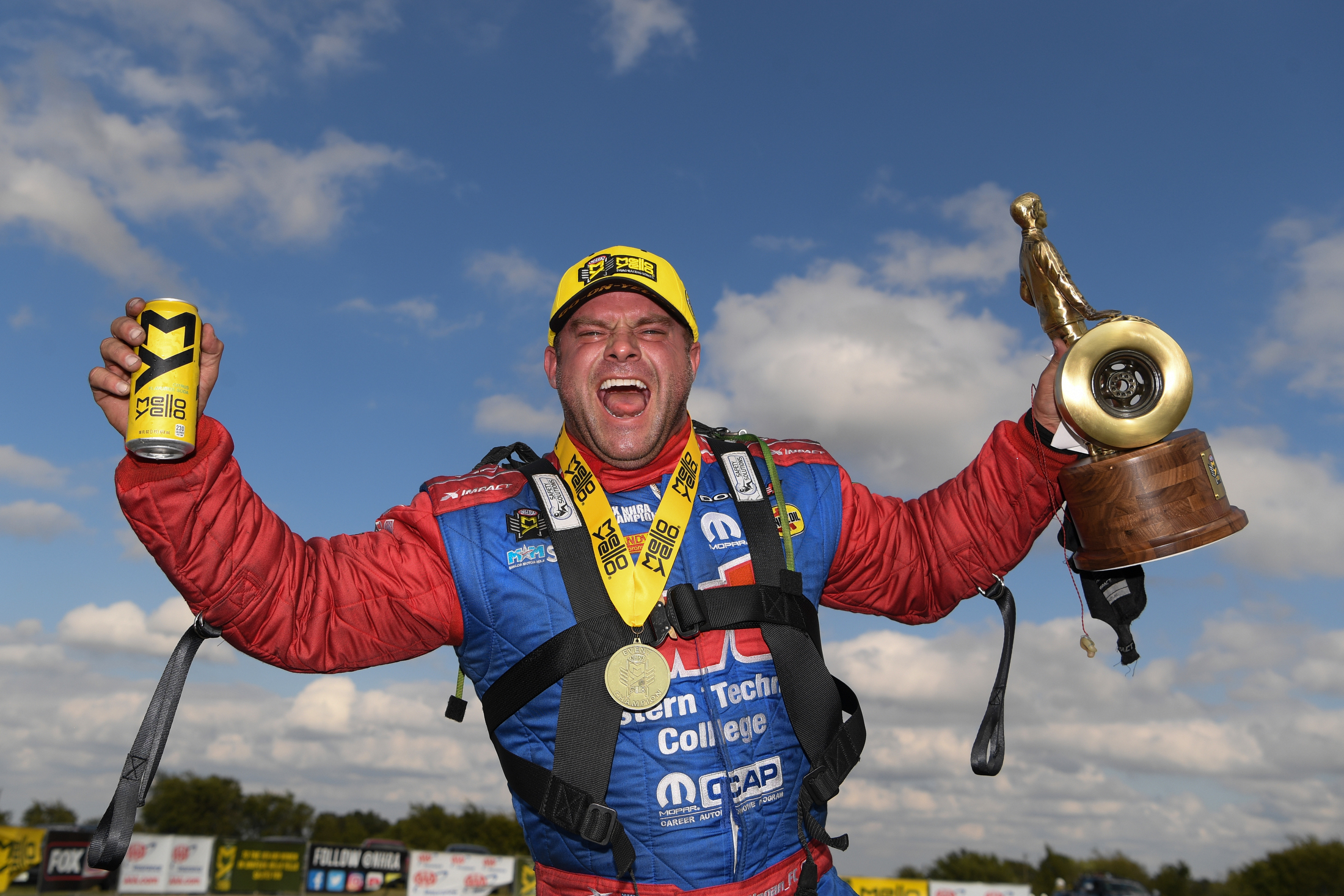 The way Matt Hagan figures it, if he’s fortunate enough to end his 2019 NHRA Mello Yello Drag Racing Series season with a few wins, he’ll head into the offseason with plenty of good feelings at the very least. If three straight victories in the Mello Yello Countdown to the Championship leads to a third title, that’s just the icing on the cake for the Funny Car standout.

It’s a tall task to traverse the loaded Funny Car field and win three straight playoff races, but Hagan is up for the challenge. He knocked out the first part of it by winning in Dallas and will try to replicate that in his 11,000-horsepower Mopar Dodge Charger SRT Hellcat Widebody at this weekend’s Dodge NHRA Nationals Presented by Pennzoil at The Strip at Las Vegas Motor Speedway. Hagan enters the race 112 points out of first, but his sole focus is simply trying to win and letting everything else fall into place.

“The win in Dallas gave us a little hope and we know we’re a longshot,” Hagan said. “But anything is doable, and if some people have a bad race we can be right there. These last two races we want to be on point and we want to try to dictate the outcome. We’ve still got a shot at it. But sometimes when you’re trying to make something happen you can try too hard. We’ve just got to focus on what we can do. It’s easy to overthink it and start worrying about points. You just have to put that out of your mind, and focus on what you can control. I know we have the ability to win.”

Steve Torrence (Top Fuel), J.R. Todd (Funny Car), Bo Butner (Pro Stock) and Hector Arana Jr. (Pro Stock Motorcycle) were last year’s winners of the event that will be televised on FOX Sports 1 (FS1), including live final eliminations coverage starting at 4:00 p.m. (ET) on Sunday, Nov. 3. It is the fifth of six races in the Countdown to the Championship, and the 23rd of 24 events in a 2019 season that can end on a major high note for Hagan after his Dallas win.

It was his first playoff victory since winning in Las Vegas two years ago, putting the Don Schumacher Racing team on a good path heading into the penultimate race of the season. With longtime crew chief Dickie Venables calling the shots, Hagan turned in a number of consistent performances through varying weather conditions in Dallas. Hagan also saw a confident team and he’s hopeful that continues in Vegas. 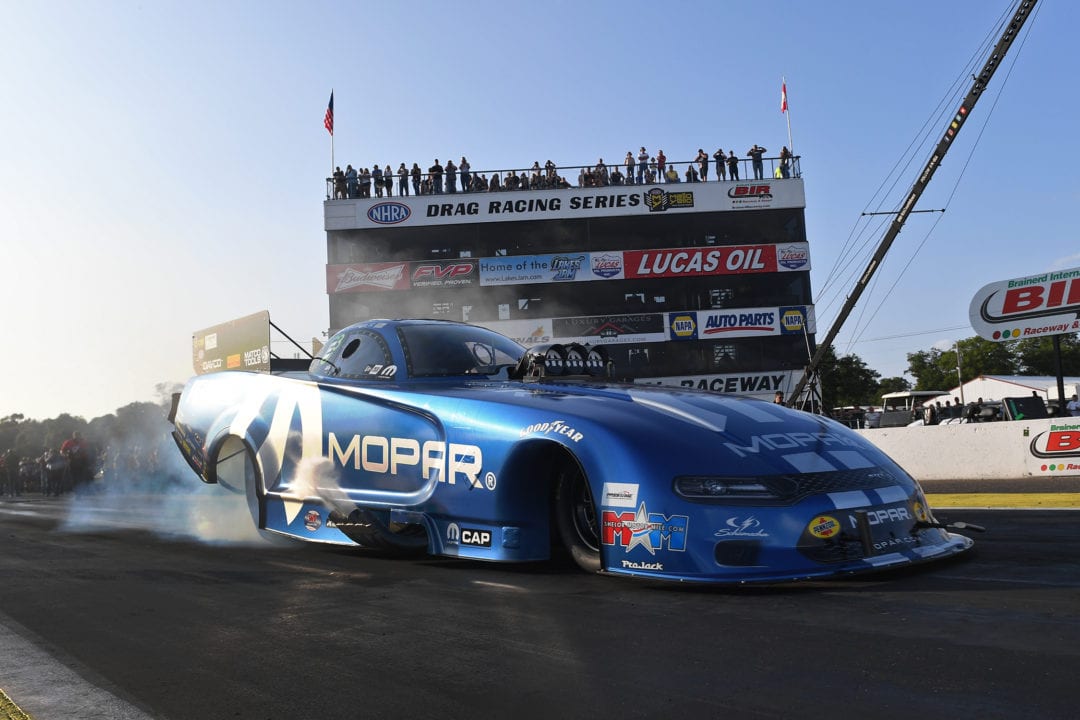 “We were definitely more confident coming into the Countdown this year and the car has been consistent,” said Hagan, who has 32 career wins. “Dickie has put a good car under me and that just breeds confidence for everyone. That confidence he has, it’s allowed us to not have to mess with the car too much. He’s been working hard and the car has been running well. Now we just want to make sure we’re on point in these last two races.”

With points-and-a-half in Pomona, Hagan’s chances for a title aren’t out of the realm of possibility. He’ll need some fortunate breaks this weekend, but Hagan can create his own luck if he’s able to take out points leader Robert Hight – like he did in Dallas – teammate Jack Beckman, who is 70 points behind Hight, and 16-time world champ John Force, who is 74 points out of first. None of that would be easy, but Hagan is excited for the opportunity and remains laser-focused heading into the high stakes race.

“We’ve got nothing to lose, so I’d rather see one of those guys in the first round,” Hagan said. “But they have to have a bad race and they didn’t get to where they are by doing a bad job. We’re going to have to leave on time and keep turning on win lights. Dickie is doing everything he can to make the car more effective, faster and to try to turn on more win lights, so I’m ready.”