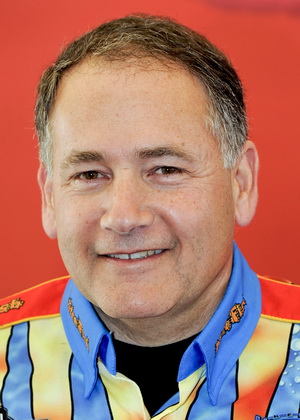 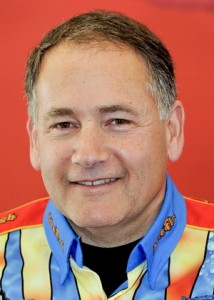 With five world championships and a whopping 68 national events on his drag racing resume, Jeg Coughlin Jr. has spent the majority of his career at the top of the world rankings. In an effort to return to his usual perch, the 41-year-old  from Delaware, Ohio, recently added veteran tuner Eddie Guarnaccia to his JEGS.com/Mopar Dodge Avenger Pro Stock race team.

“Eddie goes about things a different way and that’s exactly what we needed,” said Coughlin, who is an uncharacteristic 13th in the standings after nine events with his brand-new race team. “We needed a fresh set of eyes and Eddie immediately provided that for us.

“He joined the team right after Englishtown and we went straight to Bristol and started testing. Eddie went over the car from front to back and corner to corner and it felt different right from the first hit. We ended up making 11 runs over three days and our elapsed times were right there with the top guys that were testing there.”

Guarnaccia will work side-by-side with co-crew chief Tomi Laine, who has been with the group since it was formed late last year. They will continue to benefit from horsepower provided by JNR Racing Engines, a Charlotte-based shop owned by JEGS, Nick Ferri and Roy Simmons.

“We’ve had all the pieces here to be successful,” said Coughlin, a runner-up at the season-opening Winternationals. “The crew is made up of a bunch of guys that have won championships both here and in Europe. The engine shop is first rate. We have an awesome racecar. We just haven’t put the puzzle together correctly just yet.

“I feel like we’ve made a giant move in the right direction adding Eddie to the team. He’s a longtime friend and a hard-working guy that really wants to win and knows how to get it done. I see nothing but good times ahead.”

Coughlin won the Ford NHRA Thunder Valley Nationals in 2007, ironically beating Guarnaccia and his former driver Kenny Koretsky in the final round.

Four rounds of professional qualifying will set the field for this year’s race, beginning with two sessions at 5 and 7:30 p.m., Friday, followed by two more rounds at noon and 2:30 p.m., Saturday. Eliminations begin at 1 p.m., Sunday, with all action being shown on ESPN2.