“When I left you, I was but the learner. Now I am the master.” –Greg Anderson to Warren Johnson, probably.

Greg Anderson was the first drag racer I interviewed.

It was 2005 and I was the co-host of a weekly motorsports radio show in St. Louis. I was a NASCAR guy and the straight-line side of racing wasn’t my deal. My co-host followed NHRA, so he led the chat. I remember him telling me prior to the segment that Anderson wasn’t liked. Fans hated him, other racers hated him, etc.

During the conversation, I became a fan of the Minnesota native. Easy-going, good sense of humor, liked to laugh. We started going over his accolades and I got it. Anderson was coming off a season taking place in rarified air; 15 wins, 16 top qualifiers, going to the finals in 19 out of 23 events, and 76 total round wins. He was only the second NHRA driver to earn Driver of the Year behind John Force (Tony Schumacher would become the third in 2008).

At the time, I didn’t know where he came from or how he made his bones. I didn’t know Warren Johnson or how Greg had been The Professor’s crew chief or that Johnson was one of those racers to whom you bow when in his presence. Warren was a king and Anderson was royalty-in-waiting. That 2004 season was only Greg’s second full year in the driver’s seat and he already broke Force’s record for most Wallys in a single season while Johnson, still competitive, had completed his 23rd-consecutive season with at least one final round. (If you want to know about Warren Johnson, you need to check out Kelly Wade’s outstanding book, on sale now)

Anderson is now a single victory from tying Johnson’s Pro Stock record of 97 (although I’m certain that win won’t be as interesting as Warren’s). He’s won two races in five events so far this season—including the last ever in Atlanta—four top qualifiers, and is at the top of the standings. And he turned 60 the same weekend he won No. 95 at the NHRA Camping World Series season-opening Gatornationals. 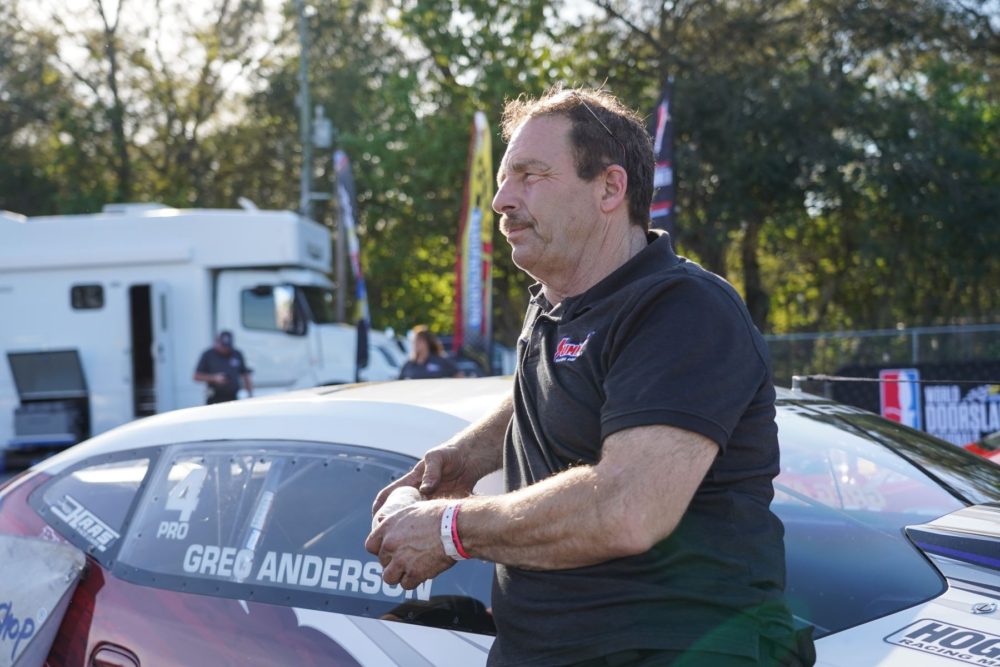 There’s a youth movement afoot in Pro Stock, one that’s good for the sport. Erica Enders has tied Anderson, her at-track nemesis, with four titles and at only 37 is one of the class’s most-decorated veterans. Drivers like Alex Laughlin, Dallas Glenn, Deric Kramer, and Mason McGaha are among the youngest drivers in the upper echelons of drag racing and, in case you haven’t read this entire piece, Anderson is leading them all this year in wins and top qualifiers.

Taking all this information into account, it’s obvious what’s going on: Greg Anderson’s a cyborg.

There’s no other answer. Let’s take a deeper dive. Greg isn’t just a driver, he’s also a tuner. He didn’t stop getting his hands dirty when he left Warren Johnson’s employ; he just started turning wrenches on his own car. That’s why fans don’t see him at the ropes as often as other drivers. As a journalist, I can tell you that’s why fans don’t hear from him as much as his competitors during race weekends. It’s not that he’s a jerk or anti-media, he’s just got stuff to do. Adding to this year’s weekend workload is the fact his longtime partner in crime Jason Line retired at the end of last season.

“The biggest difference is I’m a whole lot busier than I used to be,” Anderson said in a recent article posted at NHRA.com. “Jason managed the tuning load, so when he’s not there, I’m a whole lot busier. The preparation at the shop has been better because he doesn’t have to worry about jumping in a race car, but at the track, it’s been a little different. There wasn’t one minute of each day to look up in Atlanta, but maybe that’s better. Maybe I’m better operating under pressure.” 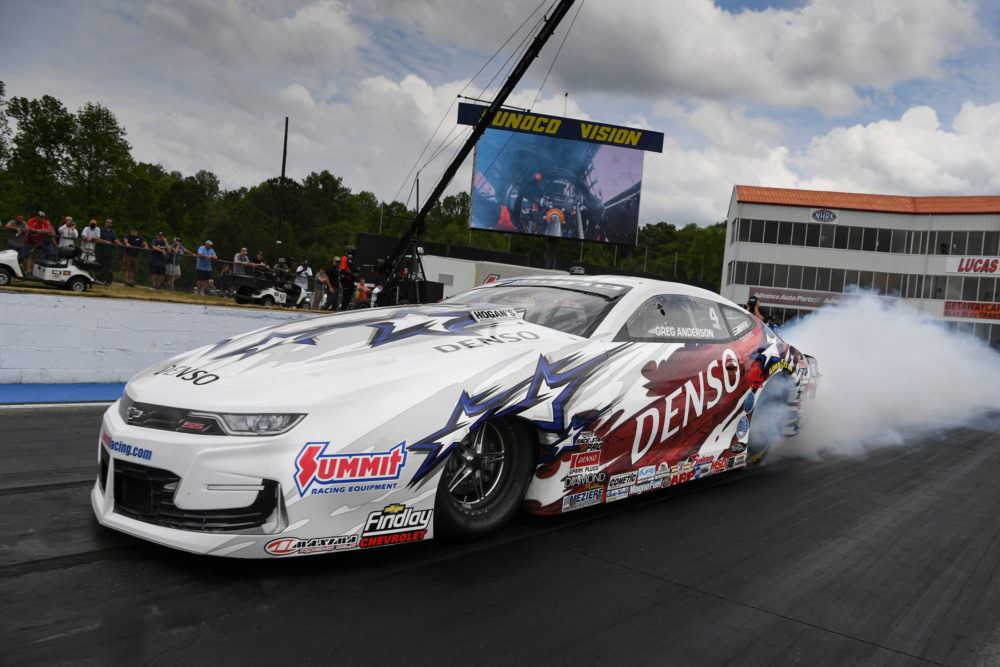 Line is still back at the shop working on the race cars, but losing a hall-of-famer as both a tuner and teammate should be affecting Anderson at the track. Possibly, it has. However, it’s not bothering him the way his competitors would like. When an alpha predator is cornered, he fights. He fights hard. He fights ruthlessly. He shows no mercy.

Barring some unfortunate, unforeseen circumstance, Greg Anderson is going to win at least one more race. That win puts him at the top of the Pro Stock mountain with his mentor, victory-wise. There’s also a better-than-average chance he moves into triple-digit wins, joining Force as the only other NHRA Pro racer to win 100+ Wallys. His career is coming to a close. Not because it has to, but because if he stays any longer, his true identity as a cyborg (I defy you to prove me wrong) will be confirmed.

In a new era for NHRA doorslammer racing, where the youth brigade has taken their place in the lead pack, as they are wont to do, Anderson continues to impose his will. Like Obi-Warren before him, Greg has mastered his craft and has shown why, in drag racing, the kids get to win only when the old folks are done.