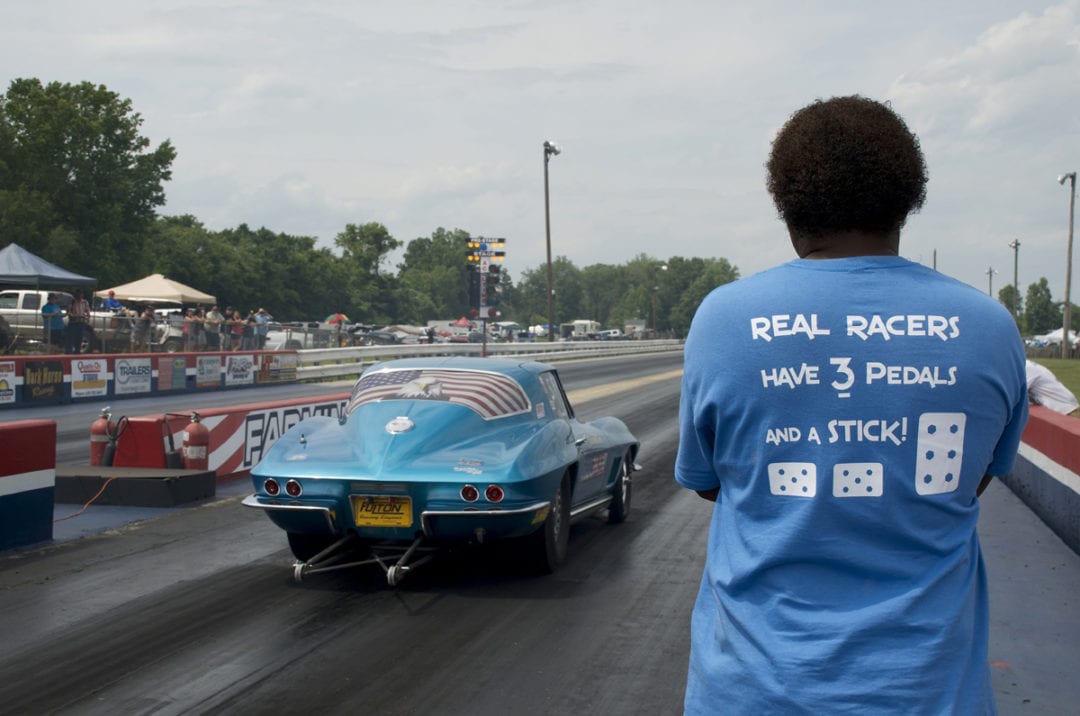 With a massive field of 75 clutch-dumping entries in attendance, the 7th annual Stick-Shift Nationals at Farmington Dragway managed to continue its upward trajectory yet again, as the mega-gathering of straight drive cars (and trucks) once again broke all preceding records. The event, originally slated for May 27, was still going strong at 10:30 p.m. on a beautiful Saturday at “The Farm” with eight cars remaining in each eliminator, when a fast-moving rain storm forced its postponement. The exciting conclusion was eventually contested on July 15, in conjunction with a Classic Gear Jammers points race held at the same North Carolina facility.

In the main event, Donnie Benfield of Morganton, North Carolina, emerged victorious while driving his ‘70.5 Camaro to the win. In the thrilling finals, Benfield got around the Lenco-equipped Ford Fairmont of Jimmy Hull. Benfield got the jump out of the gate with a .013 reaction time and quickly chased down Hull to secure the win. Benfield is a regular competitor on the Classic Gear Jammers circuit, and also continued the tradition of first-time winners of the Stick-Shift Nationals, as no driver has yet to repeat the feat during the event’s seven-year history. “I still can’t believe I won it! This is the biggest race I’ve ever won or even entered,” says Benfield.

In the second chance race, a separate eliminator for those who lost in round one of the main event, Lynchburg, Virginia’s Pete Wright drove his Chevy LUV truck to the winner’s circle. He defeated Mike Boyles, a multi-time IHRA Super Stock world champion, as well as 2015 winner of the Stick-Shift Nationals.

“It was another great race that once again broke records!” commented Ken Regenthal, who has for the last several years headed up the promotional push of this once-fledgling event. Hard to imagine presently, but just six years ago, a grand total of five cars showed up to compete in this event. About that same time, Regenthal retired from Pro Mod racing in favor of a high-winding Corvette, and promptly made it his mission to advance this event in every way, most notably with a hefty payout generated entirely from donations, which instantly sent the car count soaring.

For the most recent running, Regenthal secured 85 sponsors, totaling more than $16,000 in donations – all of which goes into the purse. Amazingly, the Stick-Shift Nationals remains completely free to enter for car and driver. The main event winner is awarded $3,000 in cash, plus gift certificates, a custom trophy and their name written on Farmington’s Wall of Fame in the winner’s circle. The second chance race is likewise completely free to enter and pays $1,500 to win. The remaining payout structure is spread so deep that every single person entered in the race gets money, including those who lose first round in the second chance race.

Each year since Regenthal’s involvement, sponsorship money and entries have not failed to increase from the previous year’s levels. “I know it’s got to peak at some point, but I really feel like it’s still growing and I believe 2018 is going to be even bigger than this year’s event. We continue getting calls from people who’ve never been to the Stick-Shift Nationals, but express an interest in attending,” says Regenthal.

As with anything that has enjoyed such explosive growth, there’s a lot of work that goes into making it possible. Farmington Dragway’s staff always presents a great facility, along with special contributors like Leigh Anne Flint and Mike Boyles, who secure contingency sponsors. “I’ve got to give special recognition to my wife, Lisa, for everything she does to make this race possible, because without her I couldn’t do it,” adds Regenthal. 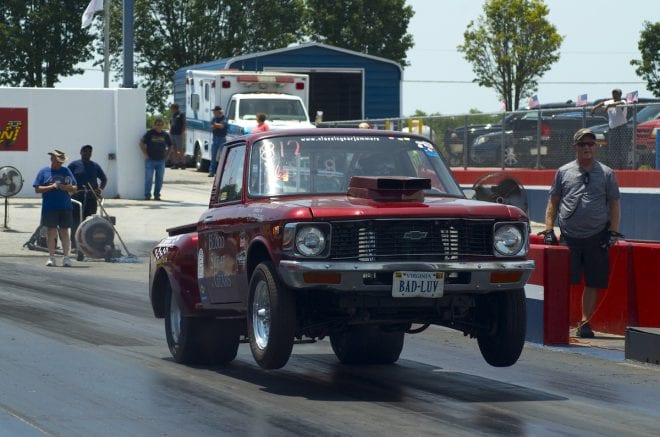 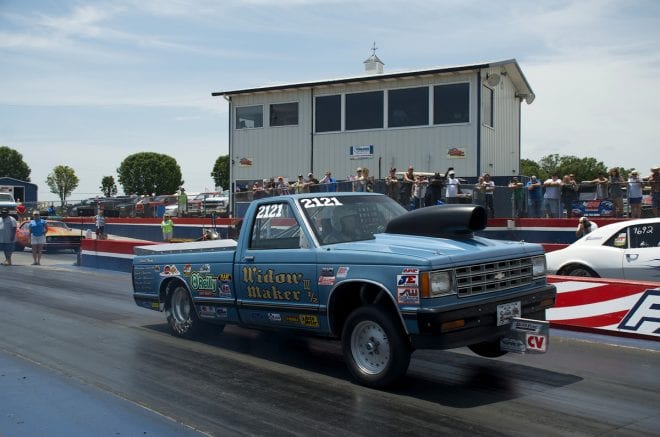 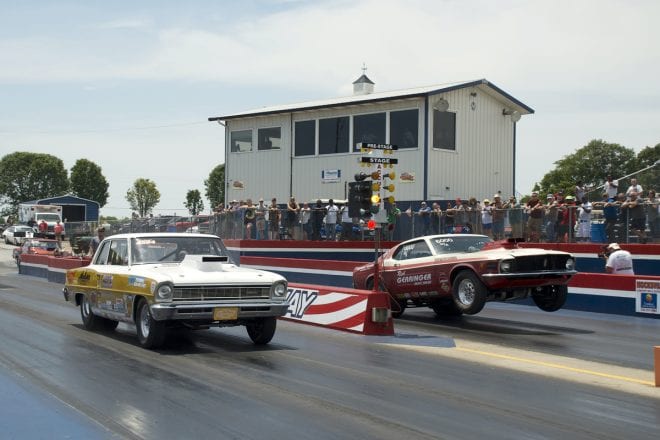 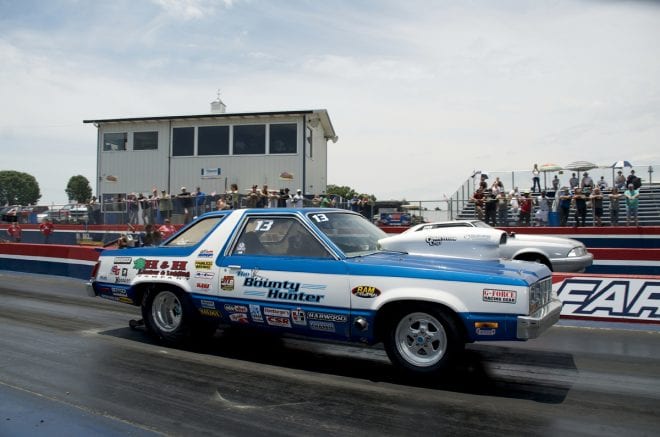 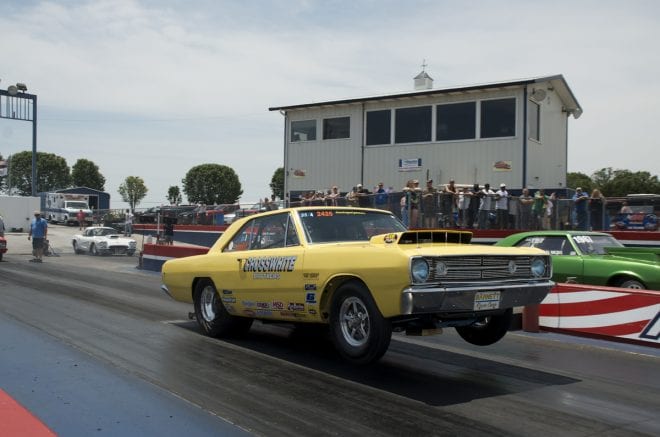 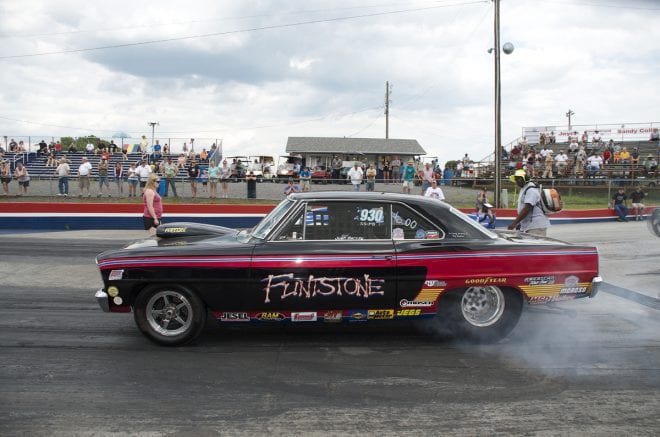 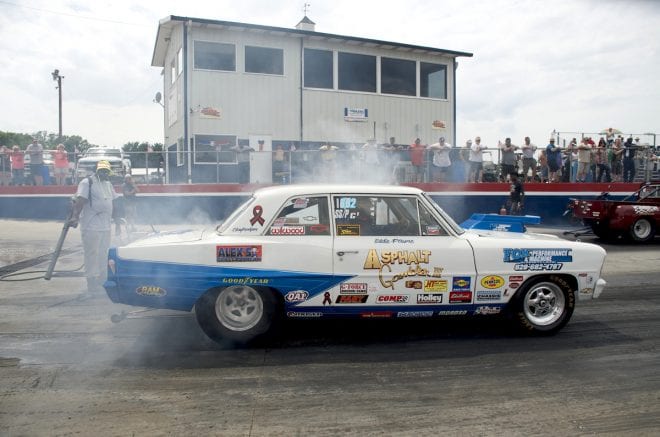 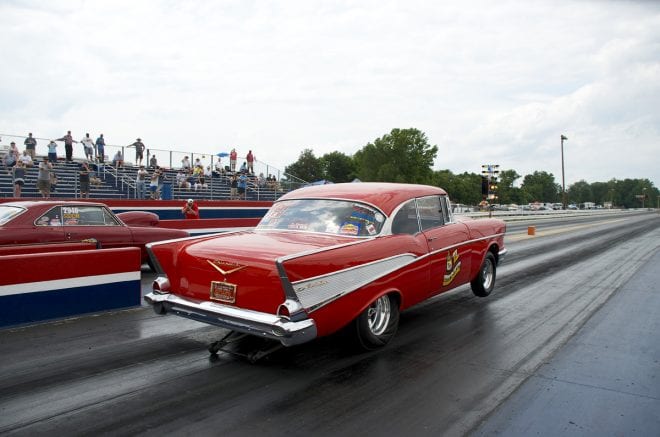 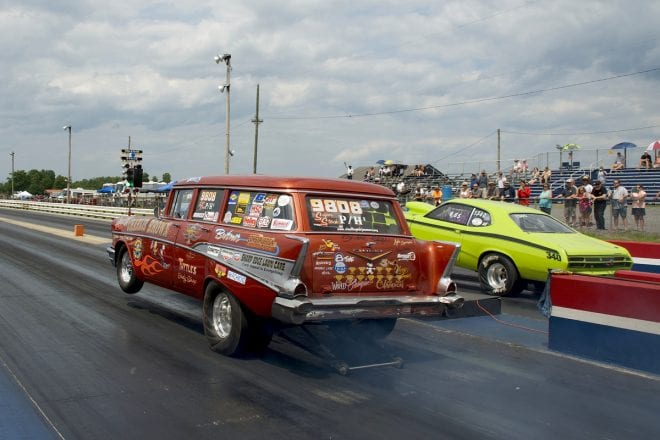 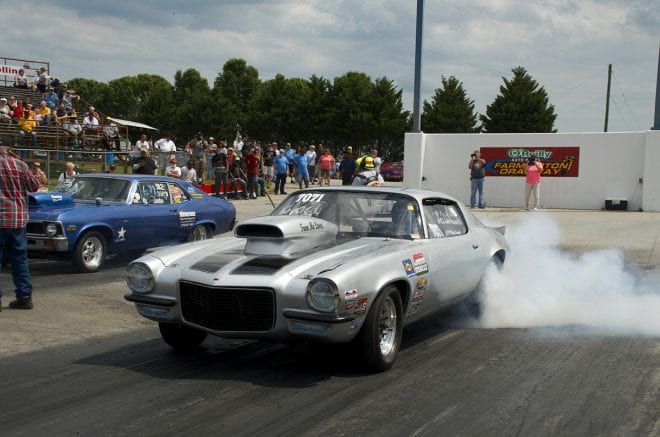 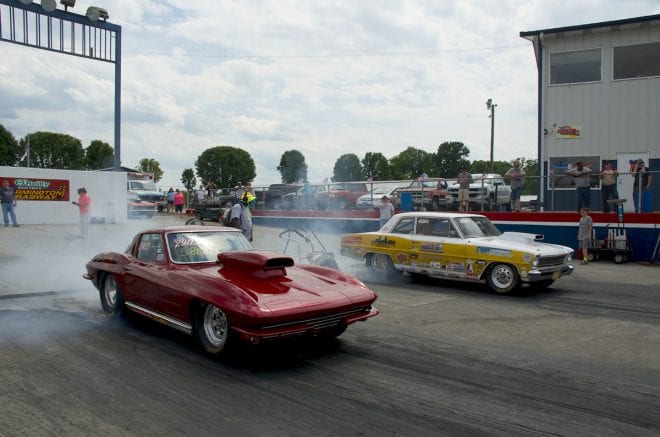 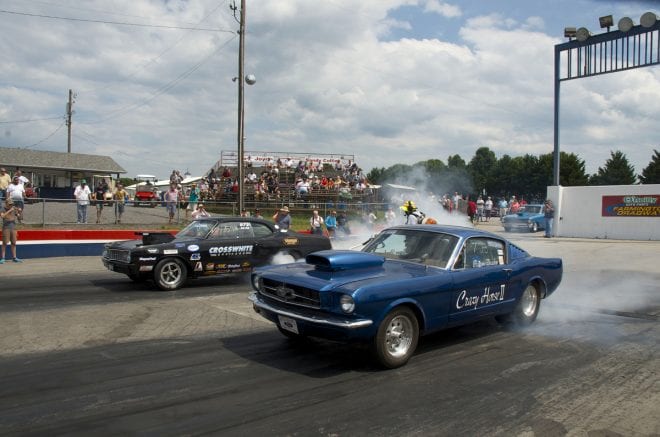 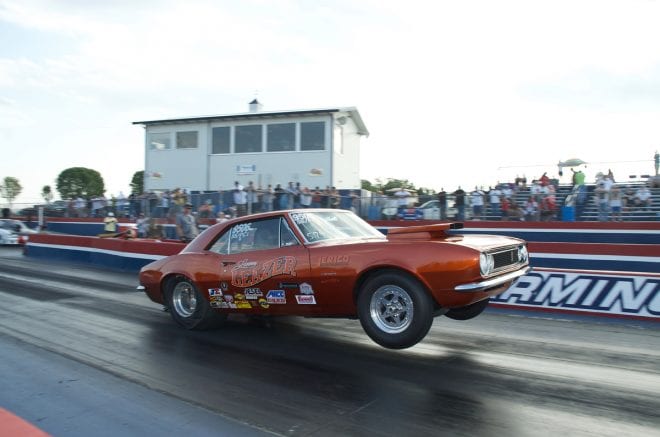 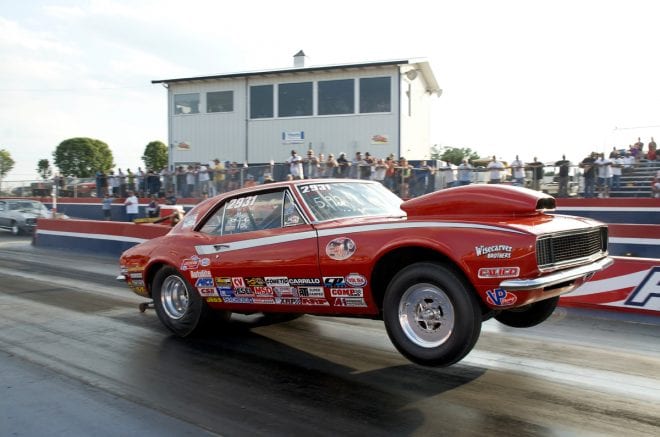 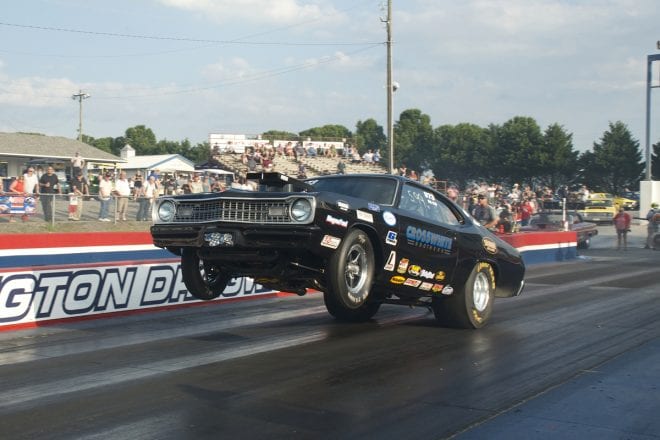 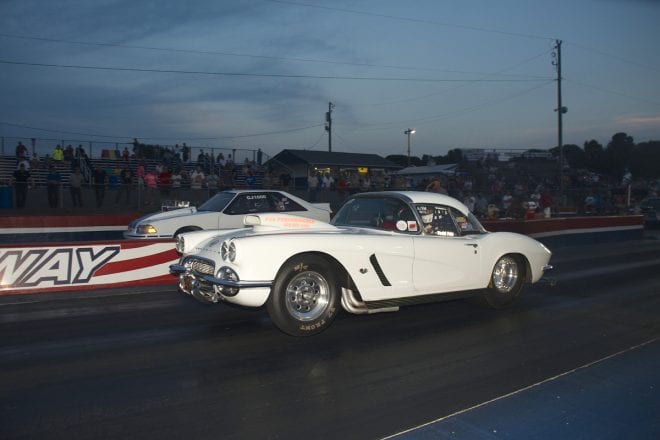 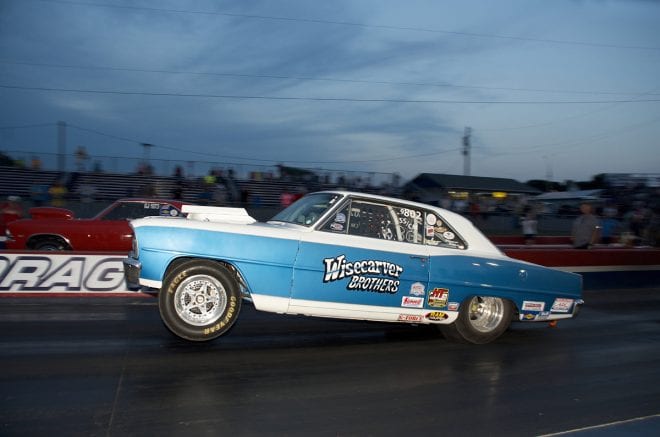