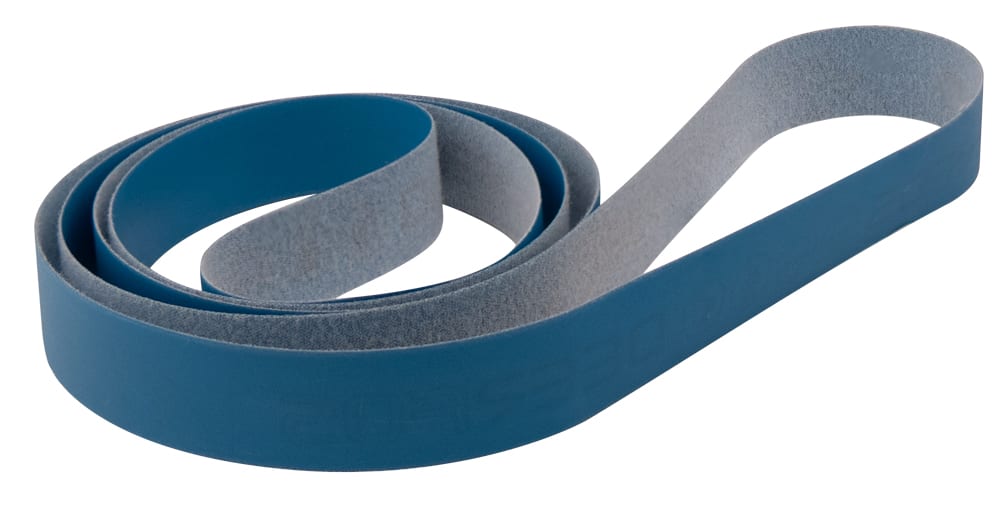 Goodson Tools & Supplies for Engine Builders has expanded its line of Crankshaft Polishing Belts to include more sizes, grits and abrasives.

Chris Jensen, Goodson Tech Department, said, “The newest addition to our crank polishing
belts is a Blue 800 Grit Belt with a film substrate, a durable Mylar joint and scrum backing. The
scrum backing acts as cushion for the abrasive to control pressure on the face of the belt.”

Jensen added that the scrum backing also prevents the film backing from grooving the rollers on the
polisher. In addition to this new belt, Goodson has expanded its selection of Premium Ruby
Aluminum-Oxide Crankshaft Polishing Belts and Standard Aluminum-Oxide Crankshaft Polishing
Belts to include belts from ¾” to 2” wide in 60”, 64”, 70”, 72” and 77” long. Grits start at 240.
Rounding out Goodson’s crankshaft polishing belt assortment include: