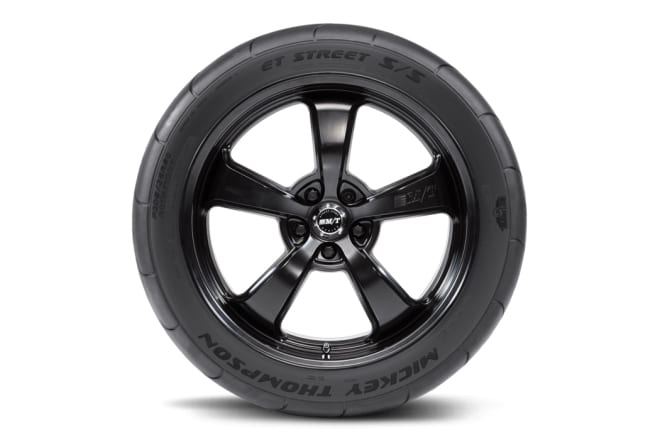 Mickey Thompson’s ET Street S/S defined the drag radial tire, and with the release of four new fitments built for late model, high-horsepower muscle cars, Pro Street racers can now go even bigger and bolder from the street to the strip.

Mickey Thompson is well-regarded as the innovator of drag radial race tires, and the new 31-inch ET Street S/S is one of the world’s largest.

“The ET Street S/S is an incredible street performance tire that’s also ready for the drag strip on the weekend,” said Ken Warner, Vice President of Marketing for Mickey Thompson. “Featuring Mickey Thompson’s race-proven R2 compound, the radial handles confidently on the street and really performs at the track.”

For more information, go to http://www.mickeythompsontires.com/drag-tires/et-street-s-s