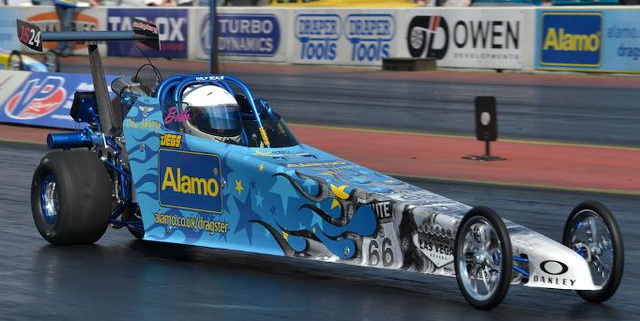 Paige, 14, and Belle, 9, compete in the Jr. Dragster class in the United Kingdom, racing out of their home track, Santa Pod Raceway, in their respective age classes. 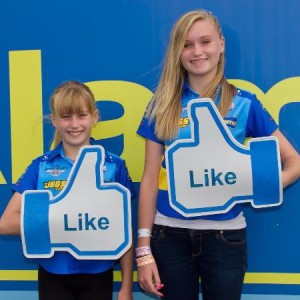 The two girls are from Wellingborough, England, and are supported by their father, Andy, and their mother, Dionne.

Paige, who has been racing since 2007, scored a victory in her Jr. Dragster at the FIA European Finals in 2010. The rain-plagued 2012 season was successful, too, as she raced to the finals in the Open Sport Nationals and to the semifinals of the FIA European Finals. Paige ended up third in the UK National Championship last year.

Belle got her license a day after she turned 8 years old in 2011, and she started her first race a day after that. Last year, Belle raced to the quarterfinals of the SPRC Summer Nationals.