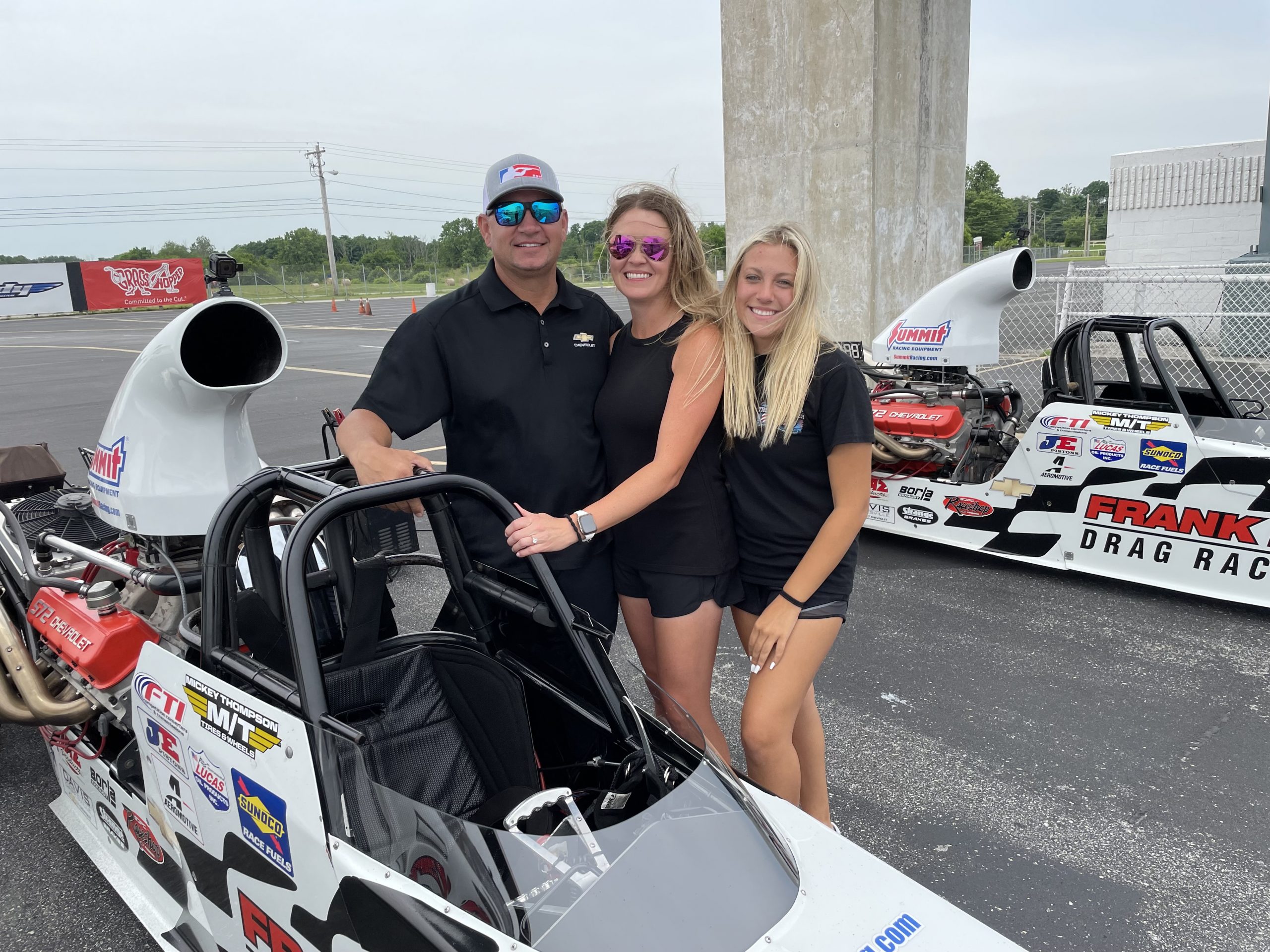 Three-time NHRA Funny Car world champion, Robert Hight, has enjoyed tremendous success throughout his drag racing career. When his daughter, Autumn, decided to push her own driving skills to the next level, he made sure that she got the same great instruction from Frank Hawley’s Drag Racing School just like he did when he was younger.

Robert first attended the School in 2003 to complete its Super Comp course, then returned in 2004 to obtain his Top Alcohol Funny Car license. Having started with John Force Racing over a quarter-of-a-century ago as a crew man but knowing right from the beginning that Funny Car was his destination, Robert worked hard to achieve his goal.

“I still remember being surprised at how difficult it was to drive a Super Comp car. It was a really humbling experience for me,” shared Robert of his rookie experience nearly a decade prior, which included much more than just on-track driving. “I believe that Frank Hawley’s class has been instrumental to my achievements and in my career. Frank has a lot of knowledge and experience. If you pay attention, you’ll learn a lot of life lessons, too.” 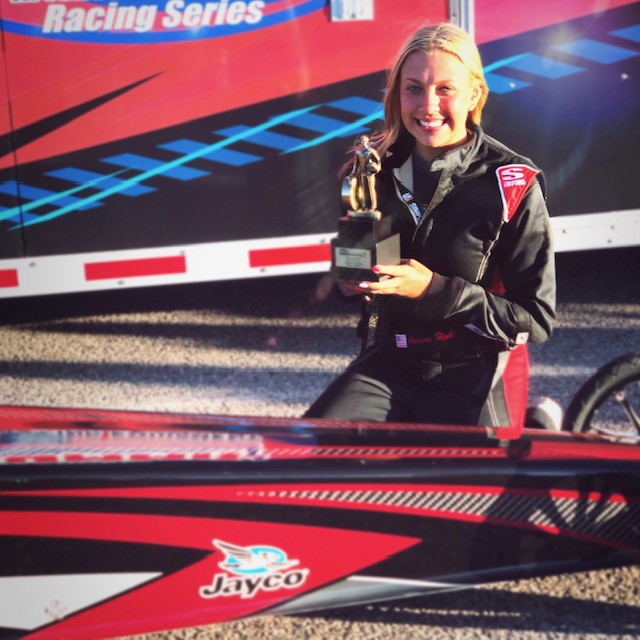 At just eight years old, Robert’s daughter got her start following in the family tradition of racing. Autumn began racing NHRA Jr. Dragsters and worked her way up through the age groups. Although she hasn’t been able to get to as many events as the family would like, due to Robert’s competition calendar, she finished strong in third overall in her class in 2020.

Now, as her 17th birthday isn’t far off, Autumn is taking steps to start fielding Super Comp dragsters – just like her father’s former days. As Robert had such a positive experience at Frank Hawley’s Drag Racing School himself, the family made the easy decision to enroll Autumn in the School’s courses as well.

To prepare for her participation in the School and maximize her time there with a head start on learning the ropes, Robert had Autumn sit in a Super Comp car at their shop so she could run through the procedures. She arrived at Frank Hawley’s Drag Racing School in late June of 2021 at Lucas Oil Raceway in Indianapolis, Indiana, and – unsurprisingly – did quite well.

“I sat through some of the lectures, too, because Frank is the best teacher I’ve ever had. Having won three world championships, I still don’t have it all figured out and I enjoyed learning more,” laughed Robert, who was admittedly a little nervous about his typically timid daughter. “She’s maybe 5’2” and was the smallest in the class by a long shot. When I saw her go and make her first run, she could barely see over the dash.”

Despite her diminutive stature, Autumn stood out in the class. She drove with complete confidence and determination, and even had the fastest speed as a byproduct of her weight advantage. “She just put her foot down and did a full burnout, unlike some others who are too quick,” said Robert with pride in his voice. “In my opinion, she made the best first pass of everyone. She truly did a great job.”

Autumn absolutely loved every minute of her time at Frank Hawley’s Drag Racing School, her huge smile clearly evident after every run even with her helmet still on thanks to the glow on her face and the excitement in her voice. “It was such an awesome experience!” proclaimed Autumn. “I learned a lot more than just driving the actual race car, and Frank made sure that everyone was very involved in the overall classes and learning about everything.” 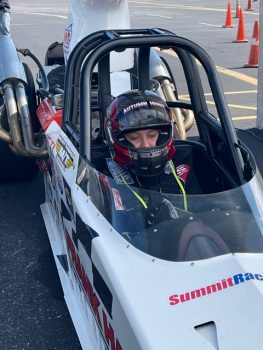 Seeing Autumn drive one of the School’s cars brought back memories for Hawley of when he first watched her dad do the same. “She did a great job, but when you have a guy like Robert Hight, in my opinion one of the best Funny Car drivers ever, as your coach, I wasn’t surprised by her performance,” he affirmed. “We’ve been fortunate over the years to have worked with all of the John Force Racing drivers and we look forward to helping Autumn with her future endeavors.”

The Hight family plans to have Autumn continue her NHRA Jr. Dragster career until she ages out and moves on to the next level. While her ultimate goal isn’t clear just yet, it’s likely Autumn will engage in Super Comp competition while also considering future options as well as avenues outside of racing – if she chooses. “I’ve encouraged her to pursue school activities or sports or gymnastics or dance,” said Robert, “but she loves racing and wants to be at the track.”

With her first Frank Hawley’s Drag Racing School coursework completed, Autumn is already eagerly planning her return. “I want her to go back again in six months so she can learn more,” confirmed Robert, who understands the importance of knowledge when it comes to racing at 170+ mph. “Just about everyone who has attended from John Force’s family has become Rookie of the Year, and I give Frank Hawley a lot of credit for preparing us for that.”