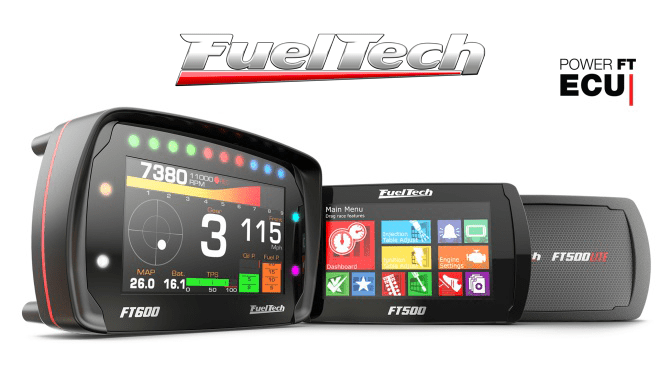 The sponsor list for the second annual DRAG ILLUSTRATEDWorld Series of Pro Mod continues to grow, as race officials announced today that FuelTech USA has been added as a partner for the highly-anticipated event, which takes place Aug. 10-11 at Bandimere Speedway.

Specializing in developing and manufacturing state-of-the-art performance engine management systems, FuelTech USA is the company of choice for many top drivers who will be competing for the $100,000 prize at the WSOPM, including defending event winner Mike Bowman and other standouts Shane Molinari, Michael Biehle, Sidnei Frigo and Derek Menholt.

“We’re very excited to sponsor and be a part of such a huge race for Pro Mod drivers,” FuelTech USA COO Matt Petka said. “This race goes hand-in-hand with a large part of our customer base. It was a big thrill to see Mike win it last year and we’re proud to have him as a customer running our FT600 EFI and FTSPARK-8 CDI ignition system this year when he goes to defend his championship!

“It’s also exciting to see a $100,000 prize pot, and an event that is by invitation only. It is very cool to see a different spin on things, and you can tell there’s interest because people are willing to travel a long way to be involved; there’s clearly something special going on with this event – especially when you hear and see all the buzz surrounding the racers that have been invited. It’s exciting.”

FuelTech has been an industry leader and a go-to company for drivers in motorsports, including Pro Mod. Celebrating its 15th year on an international scale, FuelTech USA started in 2015 and has already shown impressive growth, offering innovative products that have been praised for their painless installation. The FT series ECU’s built-in interface allows the user to have full control of the engine without the use of a PC, allowing for extreme convenience. The company just released an update to its latest system as well, allowing even more options for drivers running a FT 500 or 600 ECU.

“Anyone who is involved in this company has deep roots in racing,” Petka said. “To work hand-in-hand to develop new features to make the car safer or faster, it’s an awesome opportunity that we’re truly passionate about. All of our updates come from listening to users, respond to our racers’ collective needs – it’s that open-communication and working relationship that has allowed us to develop new features.”

Much of that input comes from Pro Mod drivers, who have been instrumental in the massive growth in participation and popularity of the class over the past handful of seasons. That has helped lead to the creation of first-rate events like the WSOPM, which has staked its place in the racing world as the biggest and richest Pro Mod race in the history of the known universe.

“We are super excited to welcome FuelTech USA to the World Series of Pro Mod family,” Drag Illustrated Founder and Editorial Director Wes Buck said. “This is a team of people with an innovative spirit – a group known for thinking outside the box, and that makes them a perfect fit with the World Series of Pro Mod. We thrilled to have the WSOPM associated with a fast-growing, forward-thinking company, and we’re looking forward to growing this partnership in the future.”