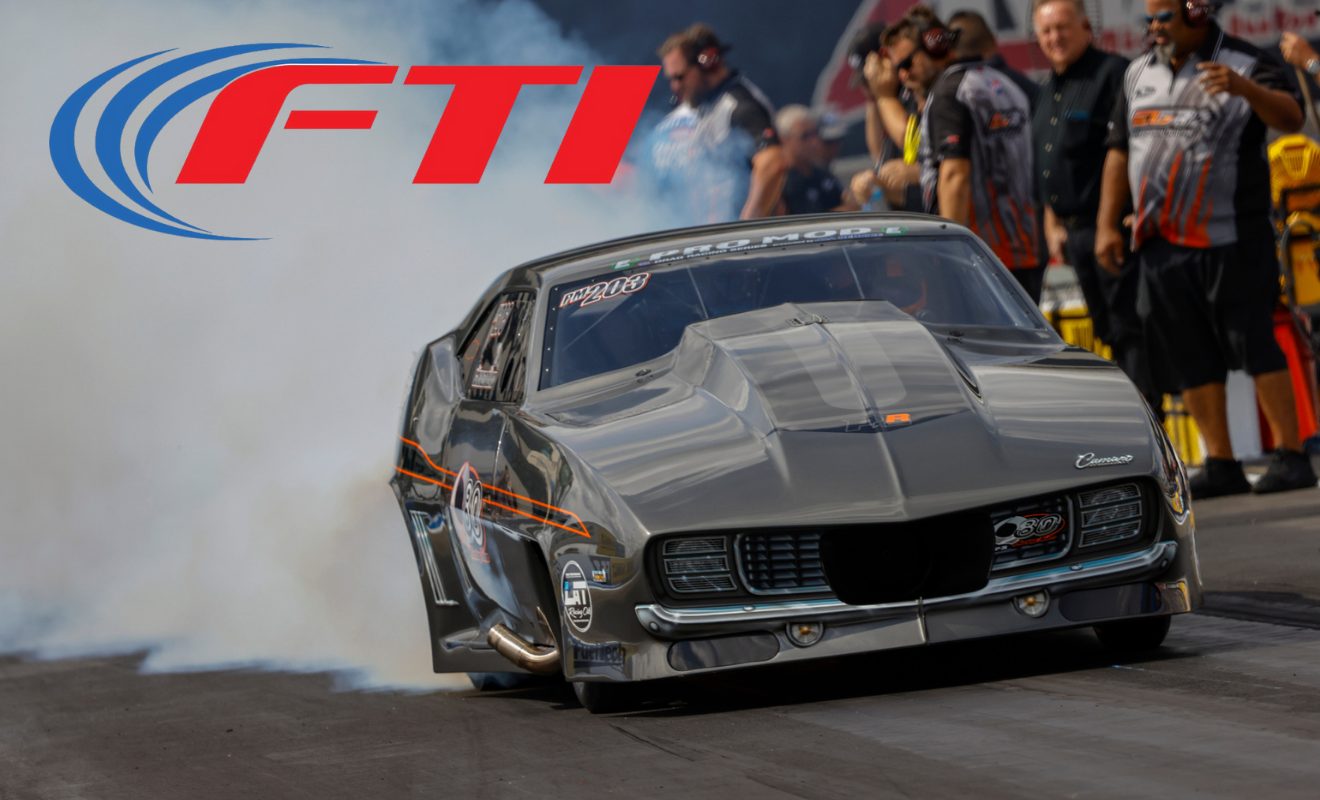 The NHRA Pro Mod Drag Racing Series opens its 2022 this weekend as part of the Amalie Motor Oil NHRA Gatornationals at Gainesville Raceway. The popular doorslammer class features a variety of power adders and standout drivers, setting the stage for what should be a thrilling weekend in Gainesville for the category.

The race is presented by FTI Performance and is the first of 10 events during the 2022 NHRA Pro Mod Drag Racing Series season. Jose Gonzalez is the defending event winner, and he used that victory as momentum to fuel his championship season. It was the first world title for Gonzalez, and he will begin his title defense at the Gatornationals, where he also made the quickest pass in class history a year ago by going 5.621-seconds in the opening round in his ProCharger-powered Q80 Camaro.

Gonzalez put together five wins and six final-round appearances a year ago, turning in one standout performance after another. But repeating in 2022 will be difficult against a loaded NHRA Pro Mod Drag Racing Series lineup, one that includes two-time world champion Stevie “Fast” Jackson, who won the title in 2019 and 2020, Lyle Barnett, who captured a pair of victories last year in his rookie season, multi-time world champ Rickie Smith, Mike Castellana, J.R. Gray, who won a race last year in his debut season, Khalid AlBalooshi and Justin Bond.

The race is sponsored by FTI Performance, which is a high-performance and racing transmission manufacturer. Based in nearby Deland, Fla., FTI Performance has been an industry leader for more than 25 years and has worked with race teams in Pro Mod and a variety of sportsman classes. The family-based company has relied on strong customer service, superb technical support and a durable product line to become a top name in the sport for more than two decades.

“FTI Performance is once again excited and proud to be a presenting sponsor of the NHRA Pro Mod Series at Gainesville Raceway,” FTI President and NHRA Funny Car driver Paul Le said. “We as a company love to support the racers who support FTI Performance. There are many Pro Mod teams who run our equipment in their cars. FTI is proud that each day we are building the finest performance transmission and torque converters in drag racing.”

Featuring the world’s fastest doorslammer race cars, the NHRA Pro Mod Drag Racing Series offers something for every kind of hot-rodding enthusiast. The class is highlighted by historic muscle cars, as well as a variety of late-model American muscle cars, and a variety of power adders.

Fans in Gainesville can visit NHRA’s popular Nitro Alley and Manufacturers Midway, where sponsors and race vendors create an exciting atmosphere that includes interactive displays, simulated competitions, merchandise, food and fun for the entire family. The new Pep Boys midway display will include tire change challenges, oil change challenges, a slot car track and much more, adding even more excitement to the midway.

Qualifying for the NHRA Pro Mod Drag Racing Series is scheduled for 9:45 a.m. on Saturday. The first round of Pro Mod eliminations are slated for 12:45 p.m. on Saturday, with the final three rounds set to take place on Sunday.

To purchase tickets to the Amalie Motor Oil NHRA Gatornationals at Gainesville Raceway, call 800-884-NHRA (6472) or visit www.nhra.com. Children 12 and under are admitted free in general admissions areas with a paid adult. For more information about NHRA, visit www.nhra.com.