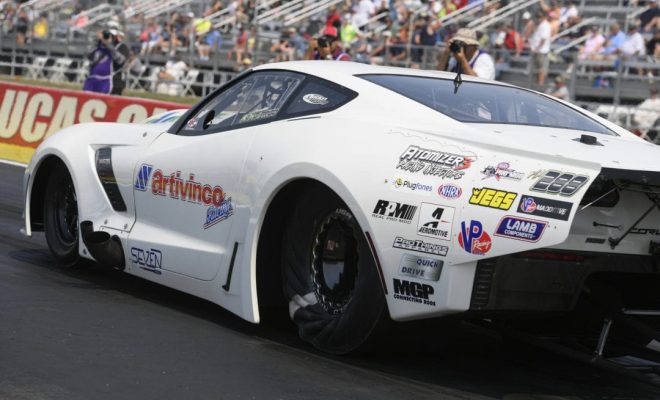 “It’s amazing,” Frigo said. “For my crew chief, for my guys. My son’s here. It’s amazing. The car is so…everything is working good now. I’m very confident. And thank you to my crew.”

Frigo faced-off with Steve Jackson, Steven Whiteley and Richie Stevens, the husband to Pro Stock world champion Erica Enders, before reaching his first career final round. Coughlin set the track speed record in qualifying and defeated Jim Whiteley, Jonathan Gray and Rickie Smith before falling to Frigo in the finals.

Despite a first round exit, Mike Castellana, the No. 1 qualifier, maintains the points lead. Coughlin follows in second and event winner Frigo is fifth.