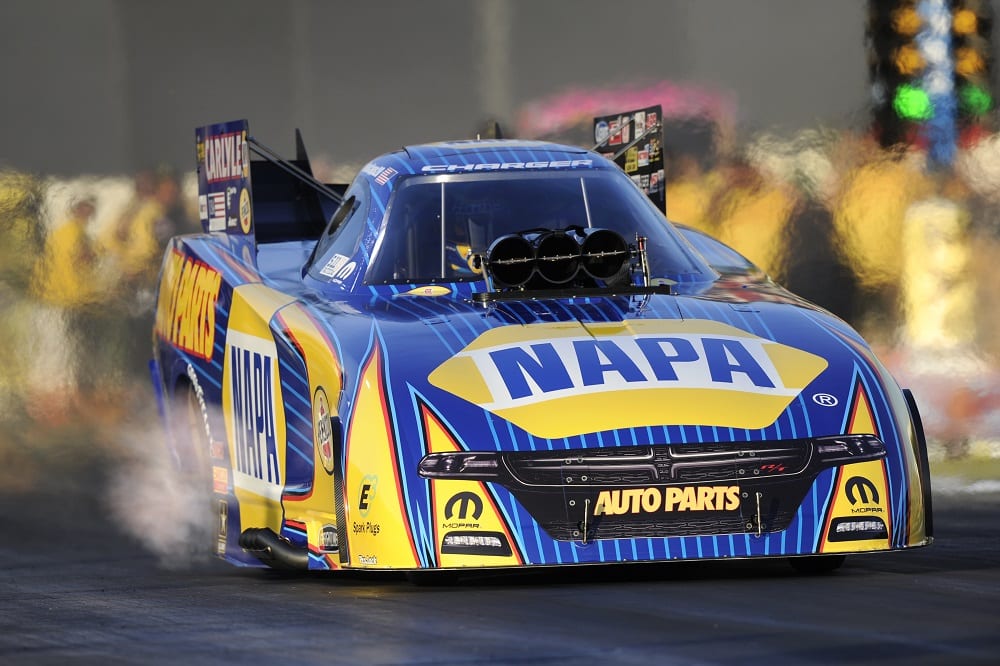 More than half of Don Schumacher Racing’s drivers know a good way to enjoy having a weekend off from the NHRA Mello Yello Drag Racing Series after completing the grueling three-week Western Swing that had them racing near Denver, San Francisco and Seattle.

What better way to relax from the pressure of driving 330-mph racecars then to spend more time at a dragstrip driving racecars?

They’ll be part of the spectacular 40th Annual Kelly Services Night Under Fire that also features the triple-engine jet semi-tractor Shockwave, six jet dragsters, a wheelstander and a $100,000 fireworks extravaganza.

MATT HAGAN and the Mopar Express Lane Dodge will join LEAH PRITCHETT and the Papa John’s Pizza Top Fuel dragster about an hour north of Detroit for the unique “Roadkill Nights Powered by Dodge” (roadkill.com) on a temporary dragstrip built on Woodward Avenue next to the M1 Concourse in Pontiac, Mich.

The event is from 10 a.m. to 11 p.m. and features Hagan and Pritchett competing in a celebrity challenge event in Dodge Challenger Hellcats with the finalists racing in Dodge Demons. A highlight will be the two Mello Yello championship contenders doing burnouts in their respective 11,000-horsepower DSR racecars on Woodward Avenue.

ANTRON BROWN won’t be wearing his helmet this weekend but will be leading his NHRA Jr. Dragster team with daughter Arianna, and sons Anson and Adler to Terre Haute, Ind., for a Midwest Junior Super Series event at Crossroads Dragway.

MATT SACKMAN, tire specialist and clutch assistant for Antron Brown and the Matco Tools Top Fuel team will be competing this weekend in the NHRA Division 3 event at Lucas Oil Raceway Park near Indianapolis.