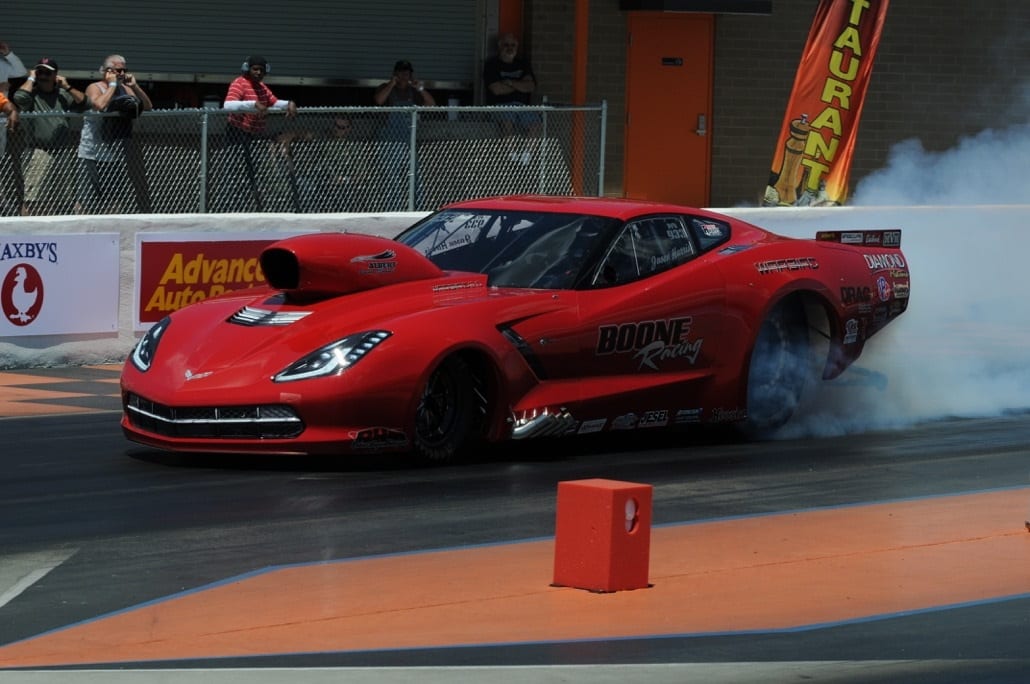 After several oildowns and crashes that ran the Extreme Outlaw Pro Mod (EOPM) event into the very late of night, there were some positive results.

CV Products’ Matt Giangrande was on hand to award qualifying bonuses to the number four and eight qualifiers for the event. At fourth was Jason Harris (pictured above), while Larry Pearce and his Chevy Cobalt scored $250 for the eighth spot. After much delay for weather and the aforementioned oil downs, the second round of qualifying got underway at a late 9:30 and resulted in a 3.78 et blast by Tommy Franklin with a 201 MPH speed. Both are Darlington Dragway records. Congratulations to Tommy and his whole crew. Other drivers in attendance were Chris Rini, managing a 3.87 first round et; Chris Patrick, with tuning help from Jay Cox; Tommy Mauney; and Todd Howard. Randy Weatherford did yeoman’s work behind the wheel, avoiding a potentially disastrous crash when a front tire let go. The result was only minimal damage.

But, unfortunately, the late hour prevailed and at midnight the event was called but not before track owner, Russell Miller and manager, Jimmy Bradshaw agreed to pay the purse equally among all eight competitors. With the CV bonuses paid, as well, the event was a success.

Next, the EOPM travels to historic Piedmont Dragway for the traditional July POWER JAM on July 2nd. This event is always a tremendously competitive event that everyone wants to win so look for a terrific field with low ets and high mph enough for everyone.