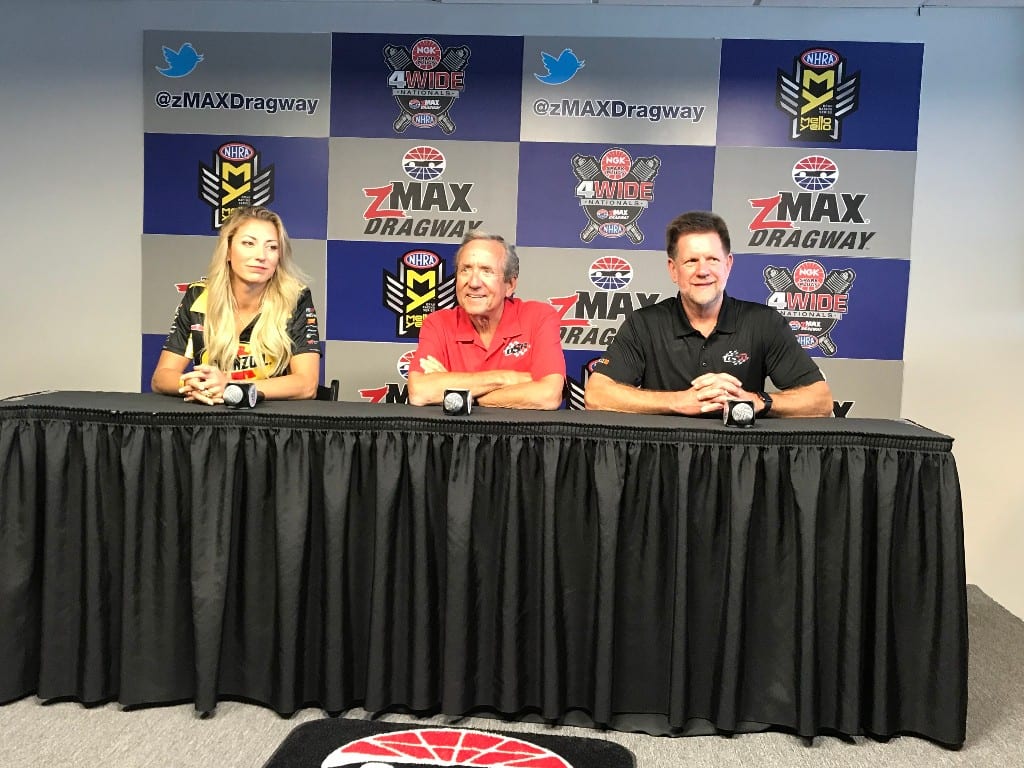 Pawuk will compete in the 2018 SAM Tech NHRA Factory Stock Showdown Series (FSXX) starting in June. He will make his FSXX debut during the NHRA Thunder Valley Nationals, the third event of the series’ seven-race schedule.

DSR’s first foray into Sportsman competition began earlier this year when it was announced that in addition to her Top Fuel duties, driver Leah Pritchett would also steer a supercharged Mopar Dodge Challenger Drag Pak in the full slate of 2018 Factory Stock Showdown events.

“Kevin has already made great headway with Leah’s Dodge Drag Pak. The performance advantage of having two cars worth of data, plus top-of-the-line parts through our DSM/Mopar/SRT partnership should prove to be a winning combination.

“Mark is a longtime friend, and a fierce competitor. He will be a great addition to our team,” added Schumacher.

Pawuk joins DSR after an 11-year hiatus from NHRA competition. Previously, Pawuk contended in Pro Stock, where he raced to six victories before making his final Pro Stock appearance at Richmond in 2006.

“I never really retired, rather I just sort of stepped away,” said Pawuk, who is known by fans as ‘The Cowboy.’

“My son Kyle has been pushing me to get back into racing. Don and I go way back, and we’ve been talking about this for a little while now, and it sounded intriguing. I wasn’t quite ready to hang up my driving shoes for good just yet, and I felt like I had some unfinished business, so this was a great opportunity to give it another shot.

“My goal is to go out and get another Wally. I feel like my career was never totally fulfilled. I stepped away at the end of 2006 but have gone to a few races as a spectator every year since. I still have a lot of friends out here, and people asking when I would come back, and I think that’s part of what helped me make the decision to come back out and race again; get my fix.

“I’m also looking forward to having the opportunity to run at Norwalk,” added Pawuk, a native of northeastern Ohio. “That’s my home track and I always wanted to race there but never got a chance because it wasn’t added to the (national event) schedule until 2007.”

“I look forward to working with Kevin and my new teammate, Leah, to build this program for DSR and make it a very successful Factory Stock team.”

DSR will begin fielding the Dodge Challenger Drag Pak duo at the NHRA Thunder Valley Nationals at Bristol Dragway, June 15-17, and will compete as a two-car operation for the remaining five events in 2018.