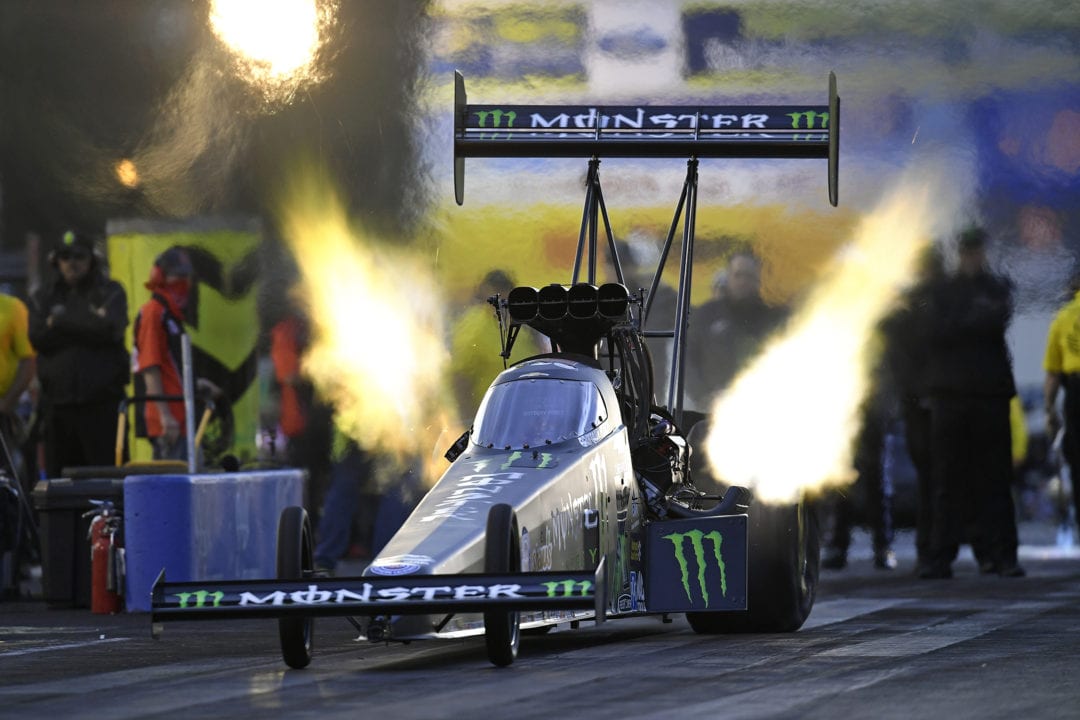 Courtney Force (Funny Car) and Erica Enders (Pro Stock) are also provisional qualifying leaders at the ninth of 24 events on the 2017 NHRA Mello Yello Drag Racing Series schedule. If all three women maintain qualifying leads it would be the first time in NHRA history that all three No. 1 qualifiers are female.

Brittany Force set both ends of the track record when she piloted her Monster Energy dragster to a 3.686-second run at 331.36 mph during the second qualifying session.

“It has been a tough season for our team since the Phoenix race, but we have been fighting our way back, which makes today pretty special,” said Force, who was runner-up at the Phoenix event earlier this season. “Having the top time is definitely an exciting feeling, but we need to hold onto that spot heading into race day. All we care about is winning on Sunday so that is what we are aiming for.”

Top Fuel points leader Leah Pritchett qualified second with a 3.696 at 328.78 in her Dodge Demon / Penzoil dragster. Terry McMillen qualified third with a 3.73 at 319.52 in his Amalie Motor Oil Xtermigator dragster during his second qualifying run.

Courtney Force set the Funny Car track elapsed time record with a run of 3.842 at 331.53 after her Advance Auto Parts Chevy Camaro experienced an engine explosion at the finish line of the first qualifying session. 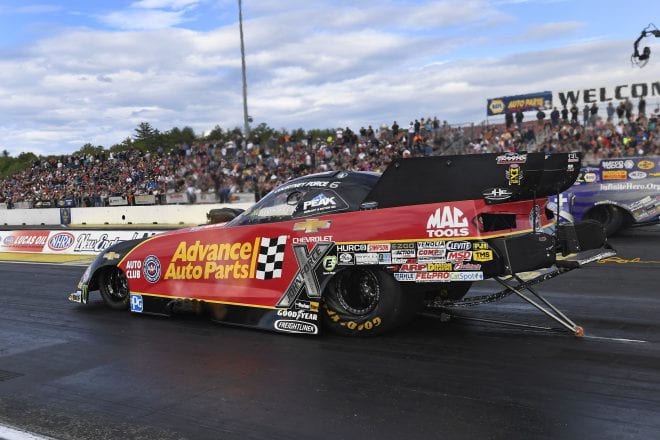 “Our first qualifying pass was a great run, but we had a huge explosion which was a first for me,” Courtney Force said. “We are going to figure out the problem, get it fixed up and be ready to go into qualifying for tomorrow. I’m ready for a new day.”

Robert Hight set the New England Dragway speed record at 336.74 during his first qualifying pass of 3.849, putting him in the No. 2 spot. Rhode Island native Bob Tasca III notched a career-best 3.892 pass at 323.43, which was the quickest Funny Car run in the second qualifying session.

Two-time Pro Stock champion Enders holds the Pro Stock top spot after running a 6.513 at 213.03 in her Elite Motorsports Chevy Camaro during the second session. Enders is chasing her first No. 1 qualifier since the Las Vegas fall event in 2015.

“On the first run we blew up the motor which is certainly not the way you want to start off a four-race swing, but we headed back to the pit and got the engine swapped for the second run,” Enders said. “It feels great to be back where I feel like we belong and where we have worked so hard to get to. I’m really proud of what we have accomplished.” 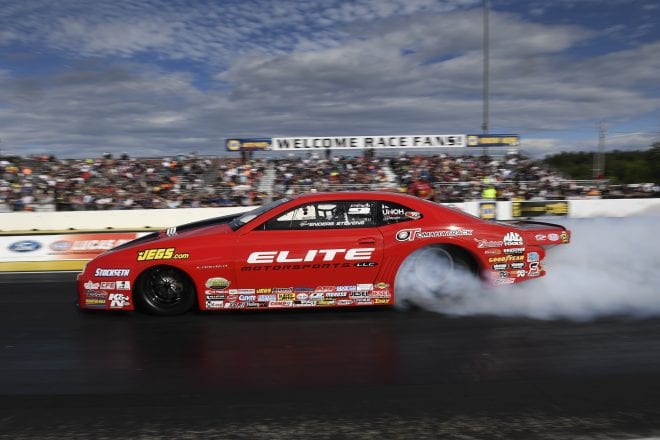 Rookie Tanner Gray currently sits at second with a 6.518 at 212.03 in his Gray Motorsports Chevy Camaro as he chases his third victory of the season. Points leader Bo Butner is currently qualified fifth with a pass of 6.538 at 212.13.

Qualifying at the fifth annual NHRA New England Nationals continues at 1:30 and 4:00 p.m. on Saturday at New England Dragway.