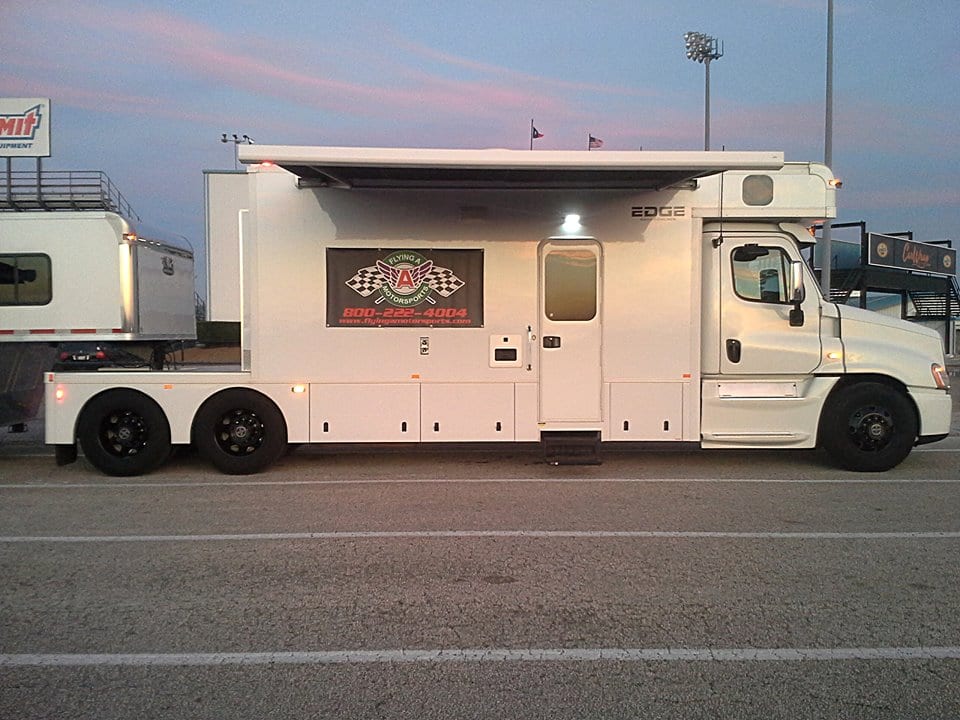 The DRAG ILLUSTRATED World Series of Pro Mod is pleased to announce that Flying A Motorsports, an industry leader in transportation equipment, has been named the Official Totorhome, Motorhome, Truck and Trailer for the second annual World Series of Pro Mod, which takes place Aug. 10-11 at Bandimere Speedway just outside of Denver.

Featuring the top Pro Mod drivers from around the country, the World Series of Pro Mod will award $100,000 to the winner of a race deemed the biggest and richest Pro Mod race in the history of the known universe. Flying A Motorsports will have a noticeable presence at the race and owner Alan Cape will also have a motorhome on display in the staging lanes, handing out water to drivers and teams as well.

“We are extremely excited to be a sponsor for the World Series of Pro Mod,” Cape said. “We go to about 8-10 races per year and they’re all Pro Mod races. This race, it’s the best of the best in the Pro Mod class, so you have to be there for that. Plus, it’s Denver, so that combination of location and Pro Mod, which in my mind is the ultimate drag racing car, and $100,000 on the line, it’s the best of everything. The people in this class are successful and they’re the most down to earth people you will meet. It’s a fun group to be around.”

Flying A Motorsports has been a reliable source for drag racers when it comes to transportation equipment for 30 years. Based in Cuba, Mo., Flying A Motorsports carries new and used race car trailers, stacker trailers, car haulers and cargo trailers, also offering customers new and used motorhomes, Super C RVs and racing RVs in every price range. It has also been the dependable company of choice for a number of top racing teams, while Cape has found his passion working with Pro Mod competitors, something he hopes will be evident at the highly-anticipated World Series of Pro Mod.

“We really can’t thank Alan enough for his support of the World Series of Pro Mod and just racing in general,” said Wes Buck, Drag Illustrated Founder and Editorial Director. “Alan’s enthusiasm for doorslammer racing and his willingness to help out so many racers is incredible. We are simply fortunate enough to have people like him and companies like his involved in our sport and at the World Series of Pro Mod, and we truly appreciate how much he gives back and invests in the sport he loves.”