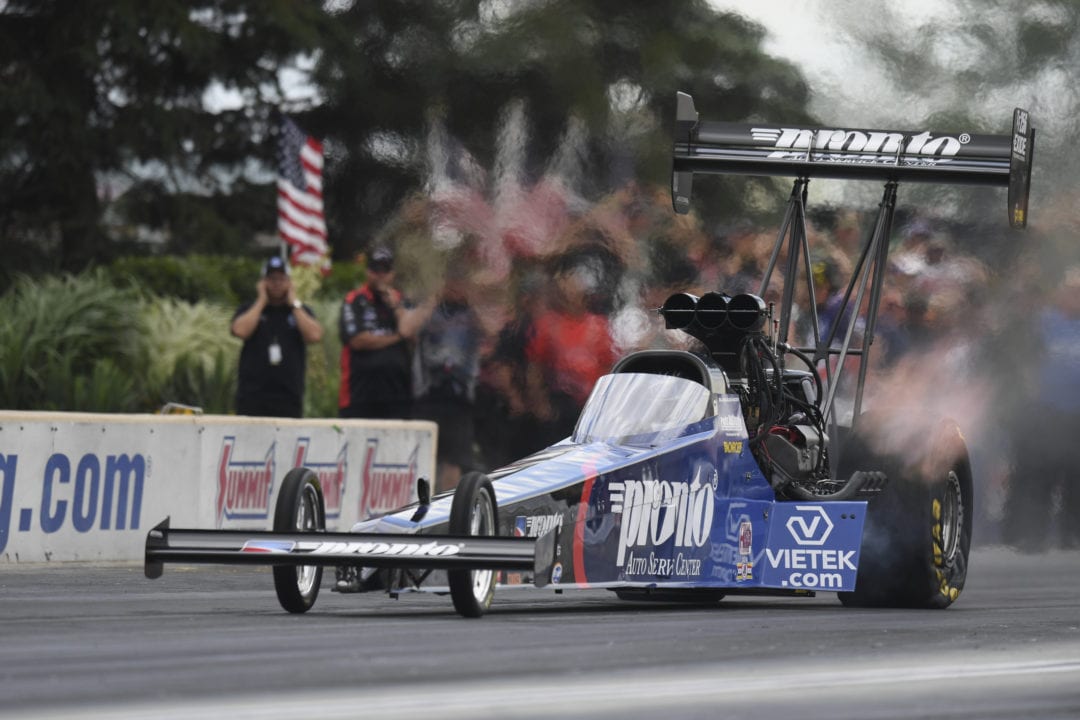 After securing his first career NHRA Mello Yello Drag Racing Series Top Fuel win a month ago, Blake Alexander gets to enjoy another first at this weekend’s 39th annual Dodge Mile-High NHRA Nationals at Bandimere Speedway. The event will mark the first time the young standout will race in Denver and Alexander is eager to continue his recent momentum.
Alexander’s first professional win came in Norwalk, a surreal moment for the driver who had made his first career final round appearance a month prior. But Alexander and his team have progressed at a rapid rate in part-time action in 2018, and the thrilling victory in his 10,000-horsepower Pronto Auto Service dragster has only motivated Alexander more for his first trip to Bandimere Speedway.