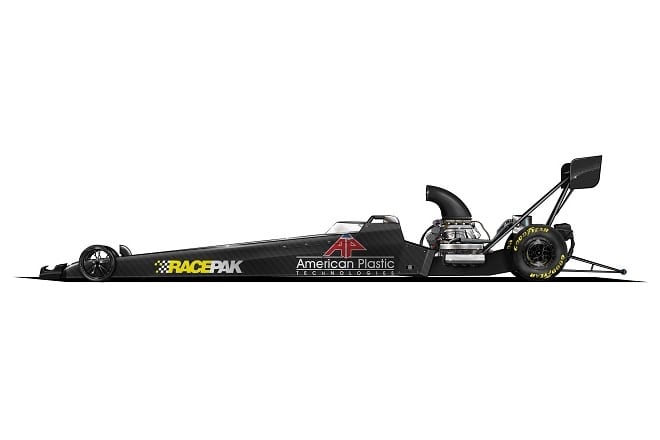 Coming off a stand out performance during the 2015 season, Ferré and Miersch Racing look to continue their success in 2016 with American Plastic Technologies and Racepak Data Systems.

“I couldn’t be happier to join forces with APT. We developed a B2B relationship through some projects started over at Racepak and it blossomed into something greater. I know firsthand that APT manufactures the highest quality polyurethane parts in the business for various industries such as: automotive aftermarket, OEM, off road, military, medical, and the oil industry. With over 30 years of industry experience that alone speaks volumes for the quality of the products APT produces. It is an honor to represent APT and Racepak together on one car this year, I hope to help them develop more great business relationships within NHRA Drag Racing.”

It was a busy off season for Miersch Racing. They have been gearing up and stockpiling parts all winter as the team prepares to enter the 2016 season seeking the sought after first race win.

“In 2015 the team came so close. I think as a team we are ready to turn it up a notch and build off of last year’s progress. I have all the faith in my team, with Larry’s tuning ability alongside the marketing partners who have supported us, I cannot wait to get in the car and march down the race track,” stated Ferré, who was the highest ranked part time driver in the 2015 national point standings.

The team will kick off qualifying efforts at the running of the 56th annual Circle K Winternationals on Thursday February 11th at Auto Club Raceway Pomona. Make no doubt about it, the American Plastic Technologies / Racepak Data Systems/Miersch Racing A/fuel Dragster will look to make a splash at their hometown track.