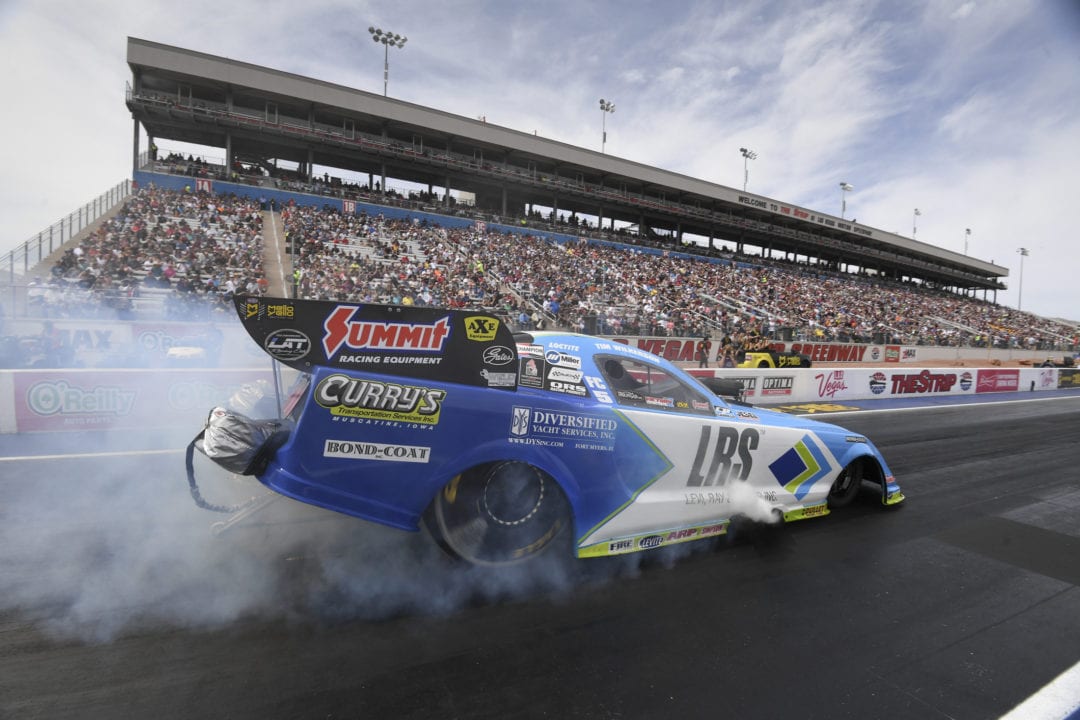 Just before the first session of qualifying at the NHRA Virginia Nationals, veteran nitro Funny Car driver Tim Wilkerson will seize the opportunity to reveal something he’s kept a lid on for months. There at Virginia Motorsports Park before qualifying for the Mello Yello Drag Racing Series event, Wilkerson and his team will remove the cover from his brand new 2019 Ford Mustang Funny Car.

The striking Mustang, newly designed by Ford Performance engineers and capable of speeds in excess of 320 mph, is adorned with a sleek paint job beneath a colorful wrap celebrating the 40th anniversary of Wilkerson’s primary sponsor, Levi, Ray and Shoup.

“The really neat thing is that we’re able to bring out our brand new Ford Mustang in the same year that we’re celebrating the 40th anniversary of Levi, Ray and Shoup and our 20th year with those great folks as our primary sponsor,” said Wilkerson, of Springfield, Ill. “A milestone is always special, but to have the opportunity to combine them like this just takes it to a whole new level.” 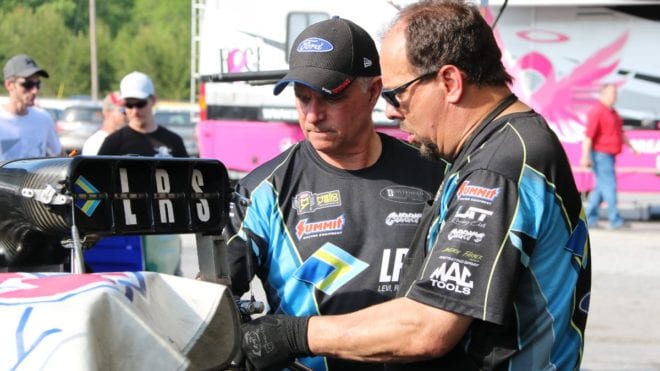 Wilkerson is one of just two nitro Funny Car drivers to have received the new Mustang Funny Car body. Fellow Ford campaigner Bob Tasca III will also be competing at the Virginia Nationals with the updated design.

“We’re excited and honored to be one of the first drivers to get this new Mustang. A lot of time and effort went into this design, and from what we’ve seen so far, it looks like this car is very capable,” said Wilkerson, who marks 2019 as his 10th season behind the wheel of a Ford Mustang Funny Car.

During his tenure as a Ford driver, Wilkerson has accumulated 10 national event wins. His overall win tally is 20, and so far this season, the amiable driver, tuner, and team owner has been to three final rounds – including two weeks ago in Atlanta, the most recent event on the NHRA tour.

“We’re off to a good start this year in a lot of ways, and we expect that it will get even better from here,” said Wilkerson, who is currently No. 6 in the Funny Car standings. “Ford Performance did an outstanding job with this design, and my chassis builder, Murf McKinney, did his job mounting it for us and getting it ready. I think it looks sharp, and I can’t wait to put it in the winner’s circle for Ford; Dick Levi; Levi, Ray and Shoup; Summit Racing; and everyone who has been behind us for so long.”

Wilkerson and the Levi, Ray and Shoup Funny Car team will unveil the LRS 40th Anniversary Ford Mustang on the starting line at Virginia Motorsports Park just prior to their first qualifying session of the weekend, scheduled for 2:30 p.m. ET on Friday, May 17.