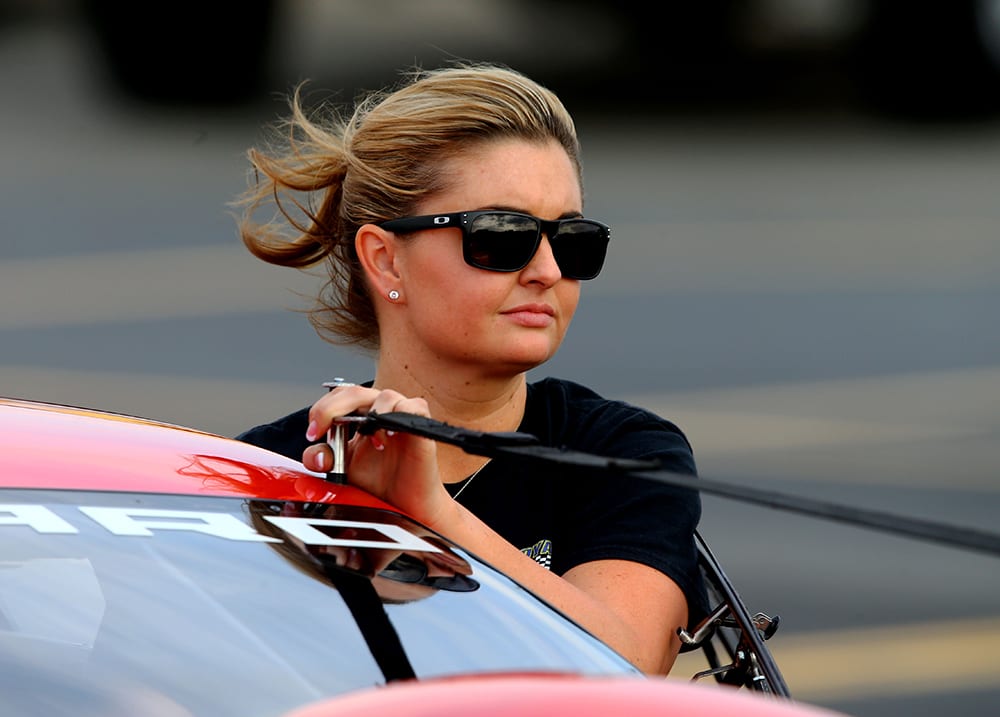 Erica Enders and her Elite Motorsports team scored a dominant victory at the NHRA Kansas Nationals on Sunday at Heartland Park Topeka, capping a perfect weekend with a win over Greg Anderson in the final round.

Enders was the quickest in all three qualifying sessions — the fourth was rained out — won the No. 1 qualifier and was quickest in all four rounds of eliminations to score her third victory of the season and take over the Pro Stock points lead.

“The last time we did this was Norwalk (Ohio) last year: We qualified on the pole and were low e.t. every round of qualifying and every round of eliminations,” Enders said. “It’s definitely a feat, especially in Pro Stock, as competitive as it is. Hat’s off to my guys; they are absolutely incredible.

“It speaks volumes of what they’re capable of when they’re given the tools that they need, and that’s what (team owner) Richard Freeman has provided them. I’m just really proud.”

Enders won for the first time in a new R&J Race Cars Chevrolet Camaro after the Elite team parked the championship-winning car of 2014.

“To be honest, I didn’t want to let go of the car I drove last year because we had such an awesome relationship,” Enders said. “We had a lot of success together. We’ve had 29 runs on this car, and it’s still very new and we’re still learning all about her. Rick and Rickie Jones built it and it’s a tremendous masterpiece, and we’re just going to get better and better.”

“I missed the Tree a little bit against Larry Morgan,” said Enders, whose reaction time was .030. “I knew I was late and was looking over to see where he was. It was only a seven-thousandths margin of victory, so I guess if we had a lucky round, that was it, for sure.”

“He congratulated me down there,” Enders said. “He doesn’t like to lose to anybody; he’s got a very competitive spirit. We all do in Pro Stock. But everything’s cool, and I’m proud that we got the win. He got us (in Atlanta) and he outran us, so I was happy to pay him back just a little bit, but all in good fun.”

Enders now has a 59-point lead over Jason Line, who lost in the first round, after eight of 24 races.

“Because I had never led the Pro Stock points in my career until last year, I remember I screen-shot it every week because I didn’t know if that would disappear or we’d ever get back in that position, but because of my guys and what Richard Freeman has given us, we’ve been able to accomplish a lot of great stuff together.

“It’s cool to be back on top, but it’s been a long, grueling season. Pro Stock is so competitive, and we’ll do our best to stay on top.