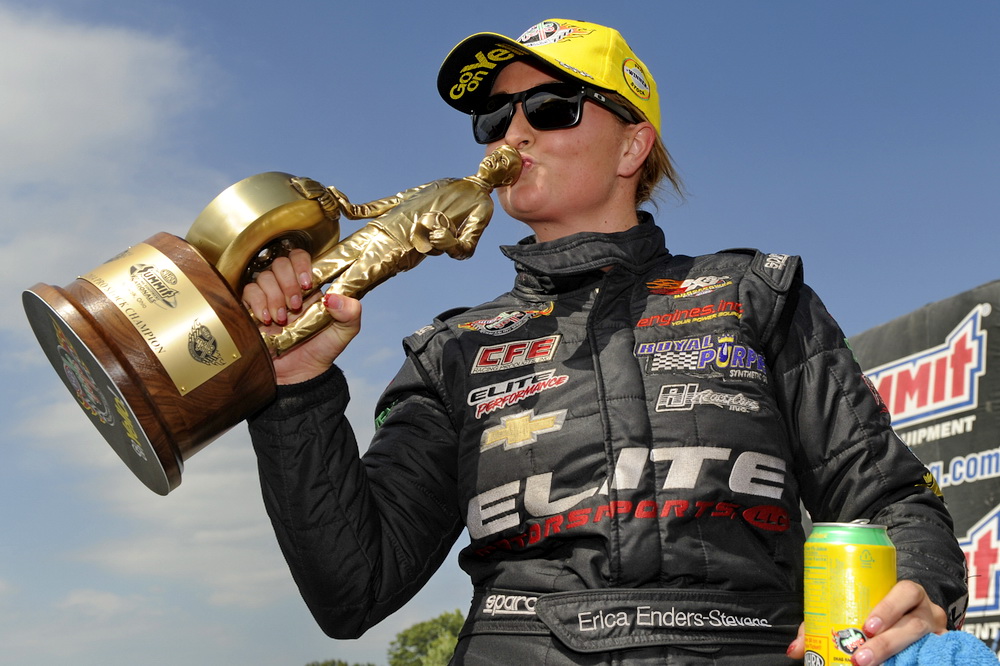 Aeromotive Fuel Systems has announced that they have joined forces with NHRA Pro Stock racer, Erica Enders-Stevens. In conjunction with the sponsorship for Enders-Stevens, Aeromotive Inc. has also partnered with Richard Freeman’s Elite Motorsports, the team for which Enders drives.

“This is a really cool opportunity for us,” says Aeromotive Founder and President, Steve Matusek. “We have not only been big supporters of Erica over the years, but we are huge fans too. We are so proud to see her having so much success and it’s great to show her how much we support her efforts with this partnership.”

Even though the Aeromotive support for Enders-Stevens goes back to her roots, the new partnership with Elite Motorsports kicks off in full force at the U.S. Nationals in Indianapolis, IN Aug. 27 – Sept 1 2014.

“I am thrilled to have Aeromotive back on board with us,” said Erica Ender-Stevens. “We have been working together since my Jr. Dragster days. It’s awesome to be doing it all again but on a totally different level now in the chase for the 2014 NHRA Pro Stock Championship.”

“Working with Aeromotive and their team has been a real natural fit for us and Elite Motorsports,” says Richard Freeman, Owner of Elite Motorsports. “We never doubted the success of their fuel systems, but to see their intimate knowledge first hand and to be racing along side them at the track week in and week out, makes it an ‘As Advertised’ deal for us.”