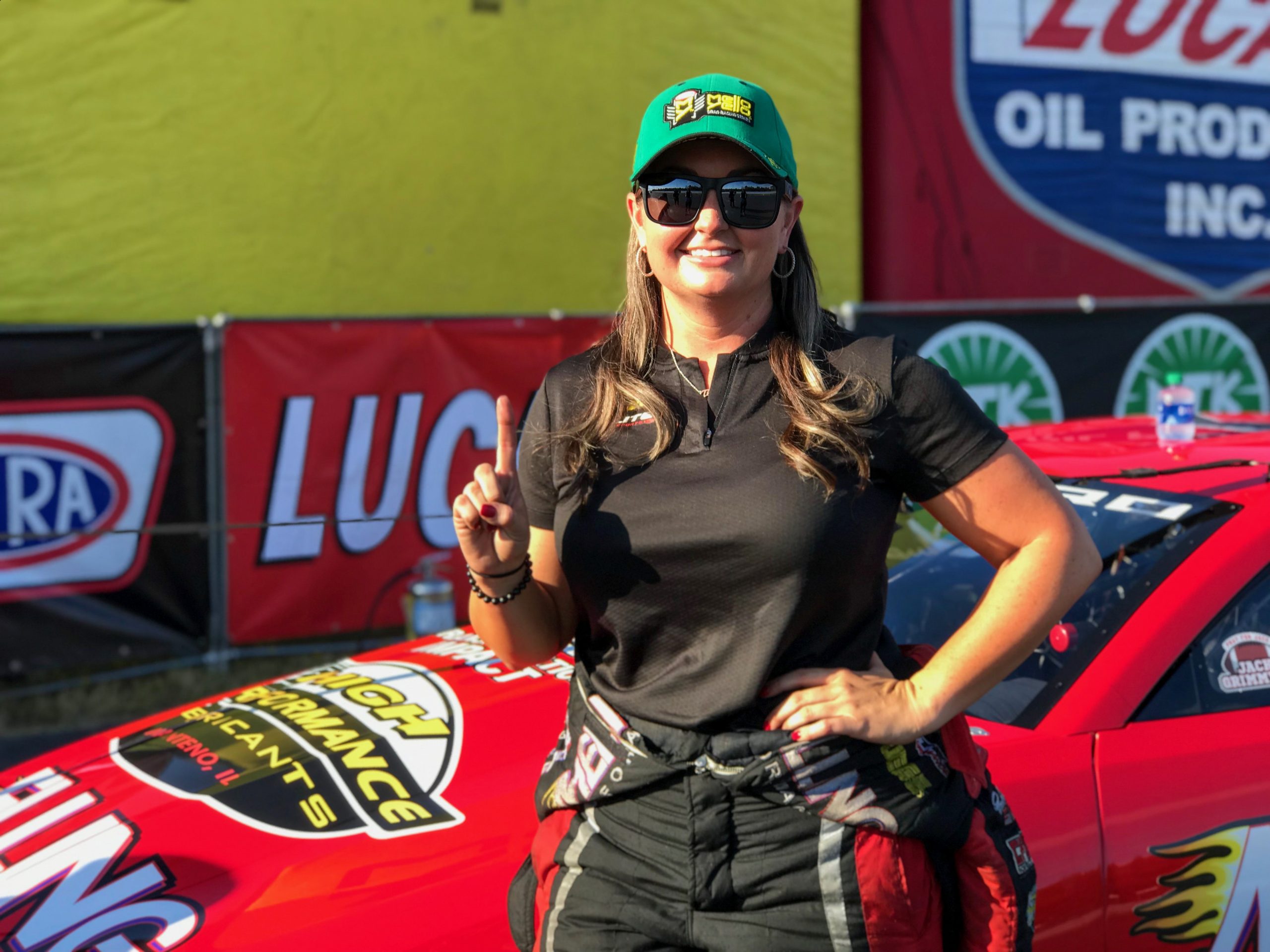 Another Countdown to the Championship race, another No. 1 qualifier for Erica Enders – and this time she also impressed reigning Top Fuel world champ Steve Torrence.

Enders continued to be the Queen of Countdown qualifying, racking up her third straight No. 1 thanks to the sterling run of 6.506-seconds at 211.86 mph from Friday in her Melling Performance/Elite Motorsports Chevrolet at the NHRA Carolina Nationals in Charlotte.

Enders was also dominant again throughout qualifying at zMAX Dragway, posting the top time in three of the four qualifying sessions, piling up 11 qualifying points for the second straight race. Torrence, who qualified No. 1 in Top Fuel, conducted an entertaining post-qualifying media session and noticed the impressive run his Texas counterpart has been in during the playoffs, including her win in St. Louis.

“If we can continue the run we’re on from St. Louis, I’d be really thrilled,” Enders said. “I’ve got a great hot rod underneath me, and if I can do my job, there’s no reason we can’t win.

“Things just seem to be coming together at the right time. It feels really nice to be able to peak when you need to peak. I’m very thankful for that.”

Enders will face Cristian Cuadra in the opening round of eliminations on Sunday, intent on keeping her impressive momentum going. The 24-time event winner ruled during the four qualifying sessions, starting Friday with a noteworthy bolt right off the trailer.

Her Elite Motorsports teammates – which includes crew chiefs Rick Jones and Mark Ingersoll – were ready to throw down the gauntlet in the night session, especially after watching teammate Jeg Coughlin Jr. momentarily go to the top with a 6.524 at 210.37.

“Seeing Jeg go to the pole right in front of me, both crew chiefs got on the radio and told me if I hit my shifts, we would be back in the No. 1 position,” said Enders, who earned her 22nd No. 1 qualifier. “My crew chiefs are really confident and that helps my confidence, and I’m thankful for that. To hear that confidence from them, it definitely helps me. I feel like we’re back in championship form, we just have to execute.”

It continued on Saturday, as Enders went second-quickest in the third session – behind Elite teammate Alex Laughlin – and then finished qualifying with another outstanding run, this time a session-best 6.543 at 211.36.

It was the perfect send-off heading into raceday and the dominant qualifying run has Enders thinking 2015 – the year she rolled to her second straight world championship. That splendid run included a win at Charlotte to open the Countdown, and though the date has moved, Enders is after a similar result at zMAX Dragway.

A second straight win would bode well for her championship chances this weekend at the third of six playoff races, but the comparisons to 2015 are hard to deny.

“I had that thought before we fired up for Q2. In 2015, the first race in the Countdown was in Charlotte and we were able to get that win here and start on the right foot,” Enders said. “We won a few more races and secured our second championship, and it’s all about momentum and being able to get through the valleys. We all stuck together and we all kept working at it, and to be in the position we’re in and knowing what we’re capable of in high-pressure situations, I wouldn’t want to go to battle with anyone else.”

Eliminations begin at 11 a.m. on Sunday at zMAX Dragway. NHRA announced the change, bumping up the start one hour due to possible inclement weather. Television coverage starts at 1 p.m. on Fox Sports 1 (FS1). 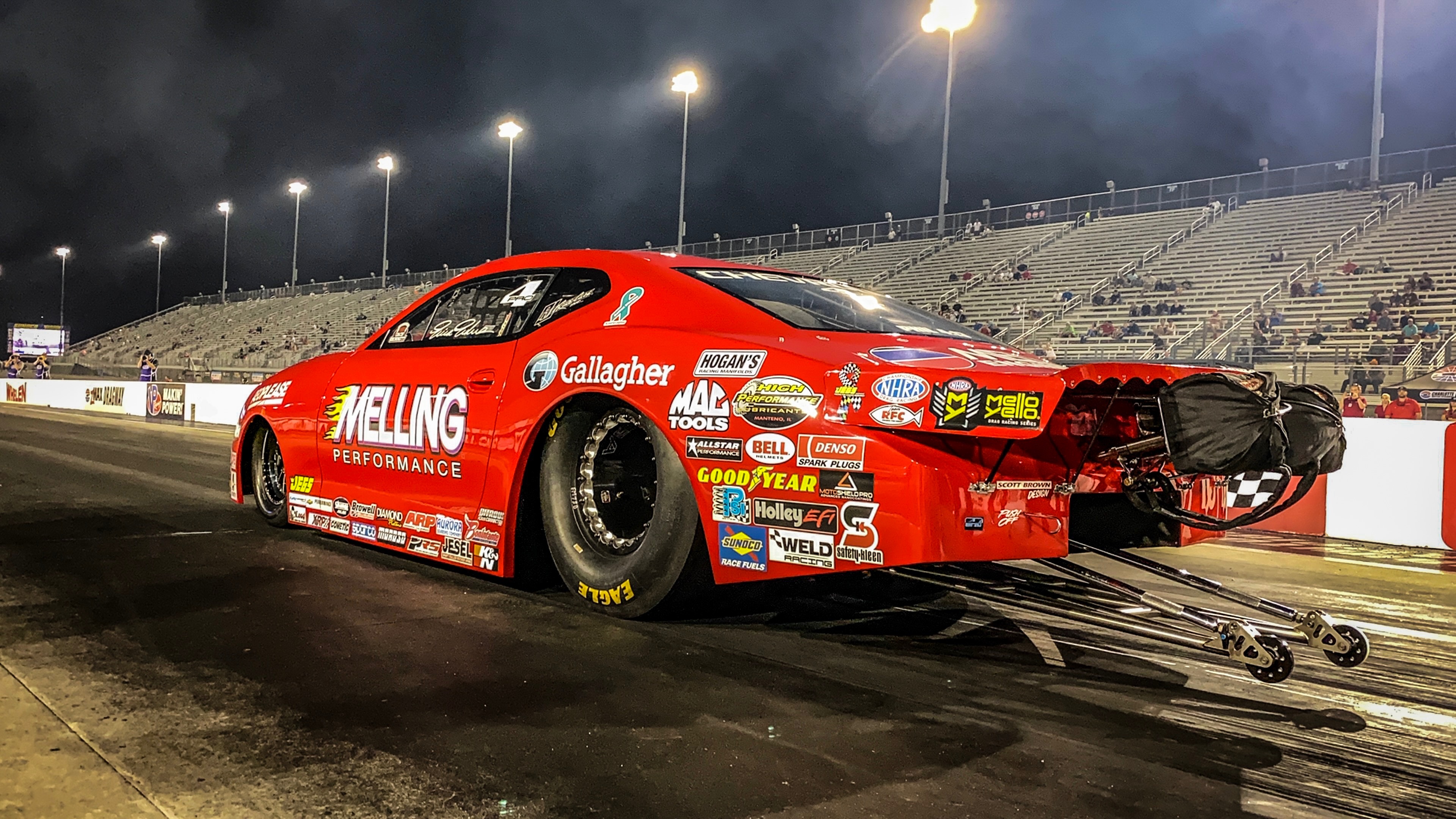