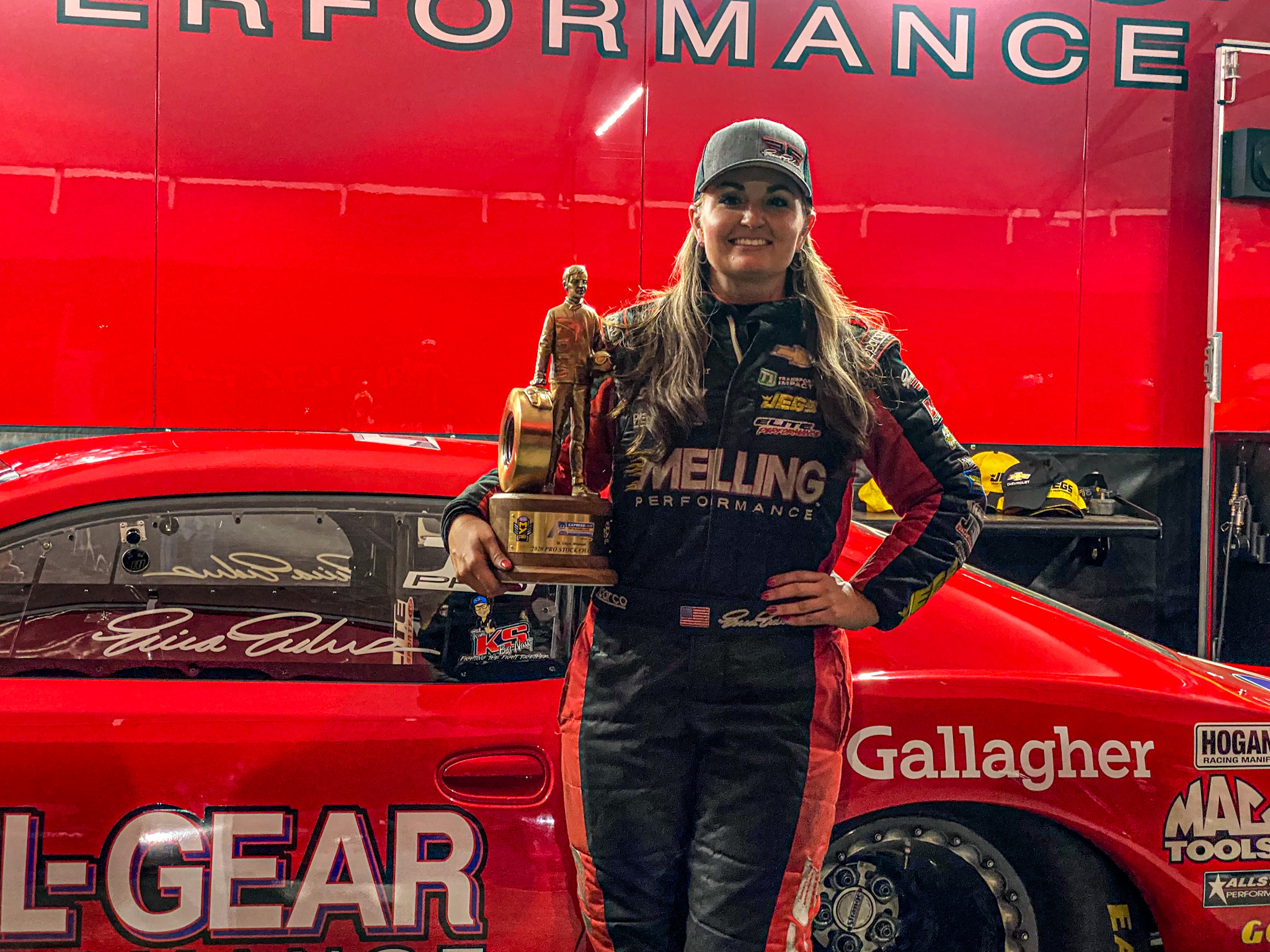 Erica Enders had to patiently wait two extra weeks to finish a pivotal race weekend, but the end result proved more than worth it for the defending Pro Stock world champion.

She made a strong move towards a fourth title on Saturday at the Texas Motorplex, beating Jason Line in the final round of the previously postponed NHRA Midwest Nationals from St. Louis with a run of 6.572-seconds at 208.49 mph in her Melling Performance/Elite Motorsports Chevrolet Camaro.

Weather postponed the race to Saturday in Dallas, and Enders made the most of it, jumping back into the points lead over Line by picking up her third win in 2020 and 28th in her standout career. To do it in her home state simply made it that much sweeter.

“St. Louis was where everything changed for me last year. It was the first race that we won and we were able to parlay into a championship,” Enders said. “My sister (Courtney) said last year (St. Louis) was where it all changes and she said it again here, even though we’re in Dallas. It was just a huge move. To win in my home state, I’m just so proud of my guys.” 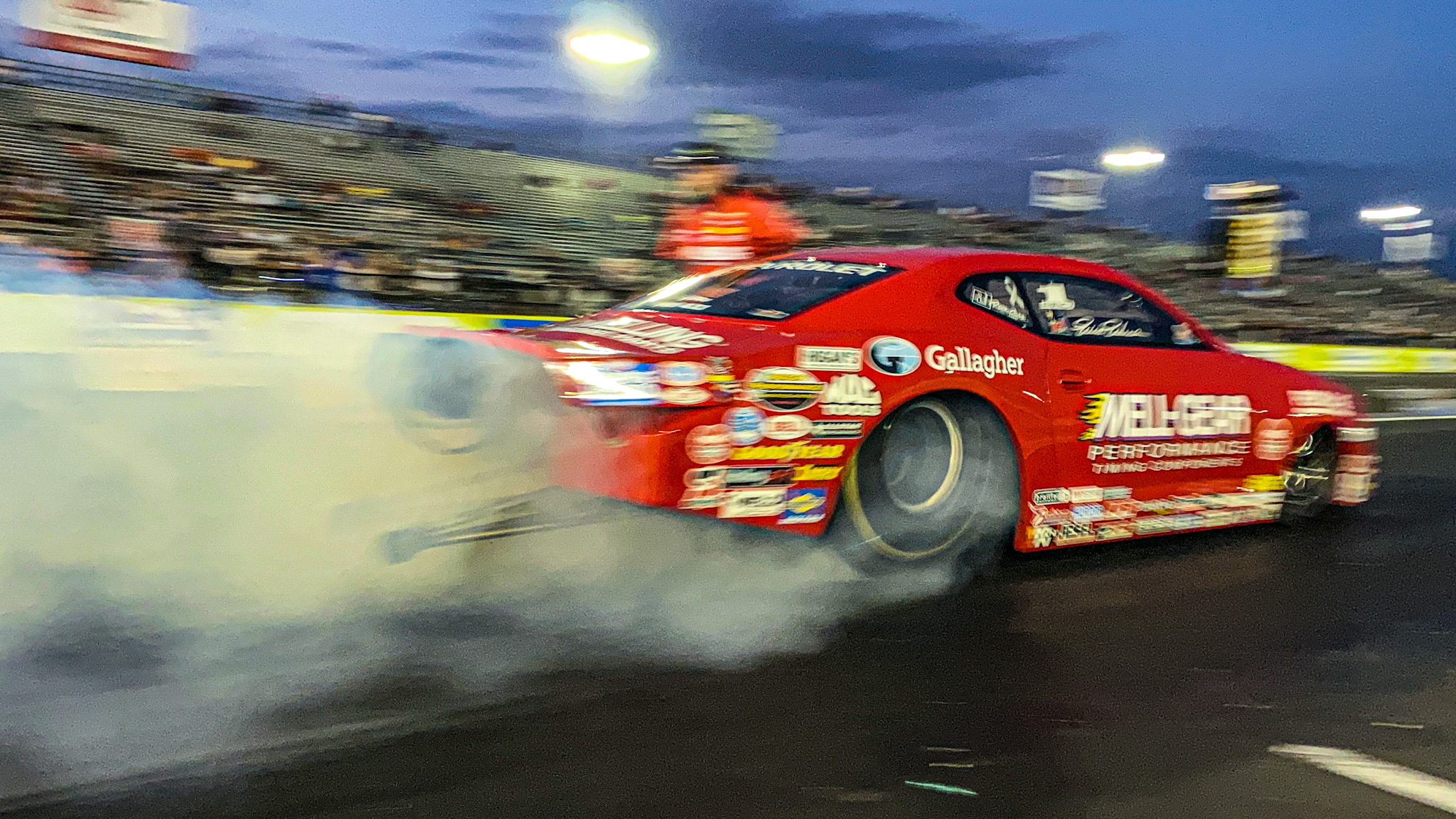 Enders won’t have much time to celebrate, as eliminations for the NHRA FallNationals begin Sunday morning at 11 a.m. CT in Pro Stock, but it does give the three-time champ some major momentum during the final stretch of the 2020 NHRA season.

The St. Louis race picked up in the second round on Saturday at the Texas Motorplex, with Enders taking out Chris McGaha with a 6.564 at 209.72. She advanced to the final round against Line, who entered Saturday with a two-point lead over Enders, with a clutch performance against Greg Anderson, posting a killer .006 reaction time and a holeshot win of 6.575 at 208.84.

In the final round, she left first on Line with a .019 light and never trailed. Enders was locked in on the tree all day – having also went .015 on the starting line against McGaha – and given a strong, consistent car by her team, which is led by crew chiefs Rick Jones and Mark Ingersoll, the group was impressive time and time again on Saturday.

“The key to this program is the people who stand behind it, starting with (team owner) Richard Freeman,” Enders said. “Rick Jones, Mark Ingersoll, Rickie Jones, all these guys jump on board and help me so much, and most importantly, they believe in me. You just have to stay the course. When it’s all on the line and our backs are against the wall, my guys perform every time, and I can’t speak highly enough of them.”

Enders will need a complete effort on Sunday if she wants to truly make it a dream weekend in Texas. She’ll start eliminations for the FallNationals in eighth, which means a first-round matchup with Elite Motorsports teammate Troy Coughlin Jr. The points race is far from finished, too, and may just be heating up over the final three races.

“Yes, we got it done today, but tomorrow is a new day,” Enders said. “This is a big step in the right direction. By no means is it anywhere close to over, but I’m happy to be in the (points) lead.” 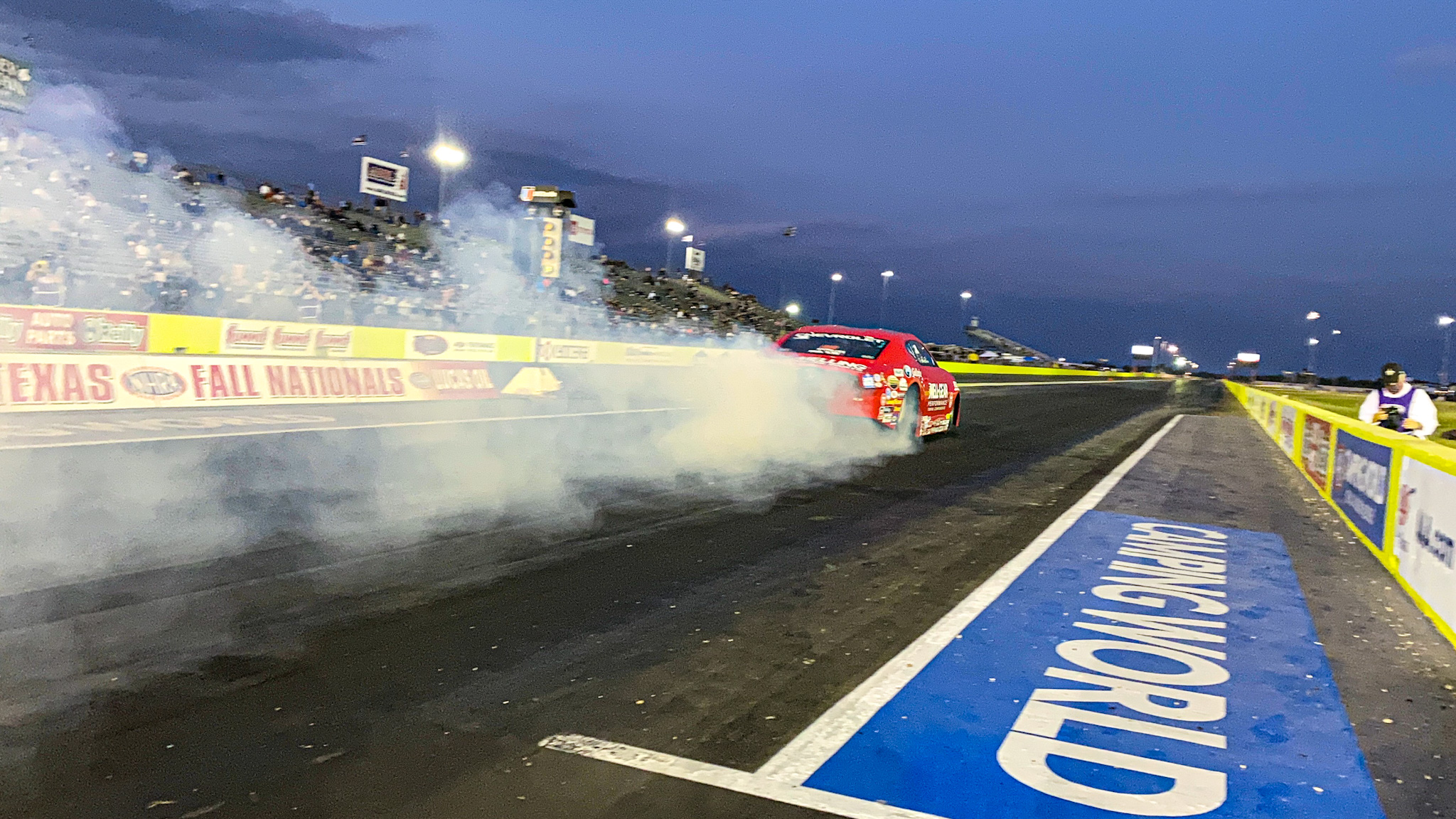